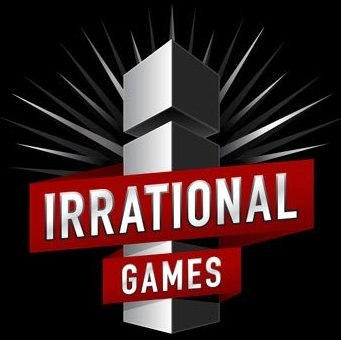 The studio behind BioShock [http://www.amazon.com/BioShock-Playstation-3/dp/B001B1W3GG/ref=sr_1_1?ie=UTF8&s=videogames&qid=1279575047&sr=1-1] and System Shock 2, which was called 2K Boston after it was acquired by Take-Two, has announced that it will go back to its old name, Irrational Games.

Ken Levine started Irrational games in 1997 with two other former employees of Looking Glass Studios, Jonathan Chey, and Robert Fermier. The studio had critical success with games like System Shock 2 and Freedom Force vs. the Third Reich, and it was acquired in 2006 by Take-Two Ineractive and rebranded as 2K Boston. After being known as "2K Games (formerly Irrational Games)" since then, the team realized that there is value in the old name. The company is honoring that legacy by rolling out a new logo and a countdown to new website [http://www.irrationalgames.com/].

My only question is: Do we care? BioShock was an incredible hit, and skyrocketed the studio behind Ken Levine into the games industry stratosphere. Perhaps, the ability to name your own studio was a prize given to Levine by Take Two for such success. If not, if the company could have been called anything they wanted, why did they change it to the incredibly unimaginative 2K Boston in the first place?

A more important question comes to mind: does the name of a game studio mean something to us as consumers? Are you more inclined to buy a game from Irrational Games than Bob's Game Studio and Computer Repair Store?

I always thought "Irrational Games" sounds as if they would release a blank box and then hot carl every single one of the boxes.

THEY ARE SO IRRATIONAL

Feh. I couldn't care less if say, GoW3 was made by a company named Silly Wanker and His Mom, as long as Kratos still kicks the same amount of ass. Name means nothing, quality is everything.

Irrational is a great deal more imaginative than 2K Boston. So I approve.
Nothing is ever likely to beat Looking Glass Studios, however...

So? its a nice brand name but any fan of SS will know that they have become just another wank filled casual dev.

I think educated games consumers will take notice of a name and buy future releases on the strength of what they have previously created. Although now its usually trumpeted all over the box and hype so my point may also be irrelevant

I doubt this'll make any difference to anything at all. It's just now my cousin will be confused when he doesn't see 2K Boston on the box.

Greg Tito said:
My only question is: Do we care?
Click to expand...

No. Why is this article here if it acknowledges its own insignificance?
Click to expand...

I read that as not an acknowledgement of the article's insignificance, but as the writer giving you, the audience, a chance to weigh in on a piece of news. An opportunity which you have simultaneously taken advantage of and shat upon. Well done!

I really don't think this is all that big of a deal. It's not like the company's changed the name to "Life-Changing Epiphany Games". I mean, that's what I'd do.


Until the false advertising lawsuits start coming in, anyway.

A studio name does kind of matter to me. For example, when LucasArts announced BioWare were making KOTOR, my reaction was better than if they'd announced that DumbAss Studios were making the game. Ultimately, it could have been the same development team, but a name can tell people a lot about the studio and the kind of output that can be expected from them.

Does it matter? Maybe.

People do associate good games with the company. If you like Bioware games you most likely buy Dragon Age:Origins cause it comes with the name "Bioware" on the box. Also franchises get associated with the company. I seen plenty of people saying that Opposing Force and Blue Shift were made by Valve and Knights of the Old Republic 2 by Bioware(Saw this one today on a different thread) when they were done by other companies.

I bet that more people know Bioshock than SystemShock 2, and for mainstream folk 2k Boston were the dudes behind Bioshock and not Irrational Games.

As for the name itself-if people wont buy cause it's silly or not- I don't know. There's a big chance that a game made by "Genocide is fun" would tank in sales. Mainly cause I don't see a publisher get behind a company like that. And the credibility of said company.

Awwwwwwwwwwwwwwwww...Now I don't think of a classic rock band when I here the studio name.

As long as Bioshock 2 is fun I will forgive them.

Ekonk said:
As long as Bioshock 2 is fun I will forgive them.
Click to expand...

They made some of my favorite games ever like SWAT 4 and Freedom Force. So yay!
L

Me approves. 2K Bostons sounds so extremely dull compared to Irrational Games and the latter are a famous name in the industry.