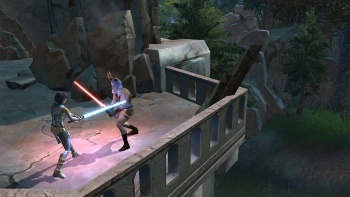 BioWare's Ray Muzyka has predicted the high possibility of a one platform future for gamers, but only if Sony, Microsoft and Nintendo can settle their console wars.

At a recent Electronic Arts (the parent company of the BioWare/Pandemic studios) press event, CVG [http://www.computerandvideogames.com/article.php?id=205968] caught up with studio head Muzyka to ask his for his opinions and predictions on 2009 and beyond in gaming.

Muzyka's major comments addressed the possibility that someday gamers would play games on one ubiquitous console. There are "valid reasons" why the market would trend that direction, with the exception of "Sony, Microsoft and Nintendo maybe having some issues with that [as] they might want to continue their platforms."

He explained, "Given that they create the hardware and they're big brands that have a lot of loyal fans I think that it may take a while before you see one platform."

To some degree, the PC already acts as a platform for any developer, publisher and gamer to utilize, given the various hardware configurations but standardized operating systems.

"The idea of a thin client that you could run code over the internet on and distribute to is a possibility in the future that I think could happen," commented Muzyka. "You're seeing it on some PC titles now like the flash-based games that are arguably an example of that, where you're playing a game that's displayed and rendered and you interact with it on your machine but it may be running somewhere else."

His motivation for believing in the one system future? For Muzyka, content, not technology, will continue to expand the experiences.

"I think as technology accelerates and gets better and better it's less and less about pushing pixels through a technology architecture and trying to find the ways to optimize," he noted. "That's still part of development, but more and more we're coming to a standard camera, kind of like the movie industry, but while you still iterate the camera it's more about what you do with the camera, more about the artistry and craftsmanship and how you direct the experience."

I dunno about settle, financially destroy and then feast on their flesh, probably. Sony isn't looking too hot and Microsoft, in some weird act of hubris, currently has Xbox360 and Windows for Games competing with one another. As much as I enjoy the Wii I stopped understanding their business plan as soon as they announced the Motion Plus and a new DS.

Hell, at this point I doubt the third party folks even care who wins, they just want to make sure their games are playable by as many people as possible.

Logan Frederick said:
To some degree, the PC already acts as a platform for any developer, publisher and gamer to utilize, given the various hardware configurations but standardized operating systems.
Click to expand...

Seems like a slight nod towards PC elitists. Myself included.

I don't mind though, I think it would be a tremendous idea to have a single platform, such as the PC. It would make everything so much easier. I doubt it would ever happen, though. Can't help but think wishfully. 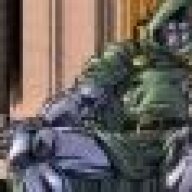 Not a good idea, if we want to keep getting better then we need competition. Without it why would the monopoly have to get any better? 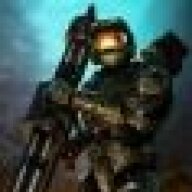 Of course he wants a single system I mean who doesn't want to sell their games for more money. A gaming monopoly would just lead to price jacking. 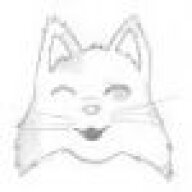 I am inclined to agree with shatnershaman here. If everything in consolidated there won't be any competition which would lead to the market stagnating. I mean, it happened here in the UK with computers, the only high streets retailer left and the seriously suck. Most things are overpriced and 95% of the staff can't tell HDTV from HDMI...

Not good for the consumer. Plus if Sony fanboys cease to exist, who am I gonna anonymously laugh at over the internet.

BaronAsh said:
Not a good idea, if we want to keep getting better then we need competition. Without it why would the monopoly have to get any better?
Click to expand...

shatnershaman said:
Of course he wants a single system I mean who doesn't want to sell their games for more money. A gaming monopoly would just lead to price jacking.
Click to expand...

My thoughts exactly. It's basic economics: competition is good for the customer. 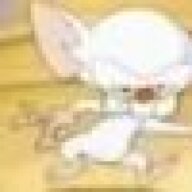 Yep, only one system means "you will pay what we decide to charge for games" without any outside reference.

This reminds me of a thread I posted in a day or so ago where I said Bioware is going to start dropping because of their acquisition by EA.

I was called immature for having such an opinion.

Now I think posts like this just get the snowball rolling that I was predicting ;p.

Also. The major gaming market is already unraveling, I have a sneaking suspicion that unless EA dies (So that they stop swallowing every company that makes good games and destroying them) there will be a continual unravel.

However once they are gone I think many new developers will pop up and start producing quality goods. I've played a few very good games made by small development teams (one as small as two guys ). They might not be as in depth as big game company productions but considering the HUGE difference in expenditures I am generally very pleased.
K

Surely there's competition and then there's competition. I mean, DVD players from dozens of manufacturers all play the same DVDs (region encoding notwithstanding). Everyone designing the same type of device just means they get real cheap real fast and end up with all sorts of crazy features that end up with the ones people like becoming ubiquitous. With a standardised game console architecture individual companies could still sell models with extra bells and whistles, and like with VHS -> DVD -> Blu-Ray new generations of console would still come out every few years- but all of a sudden game makers wouldn't have to code each game three or four times for radically different setups.

I remember PC gaming before DirectX, and it was a bloody nightmare. Each game had a list of about two dozen graphics chips it worked on on the back and if yours wasn't there you could either put it back on the shelf or take it home and pray for a patch. Console wars seem like basically the same issue but with much higher stakes and a much, much bigger workload for developers. If the current Big Three (and their pals in PC-land- Intel, Nvidia etc) could just sit down at the same table without biting each others' ears off and agree on architecture, storage, online features etc for a single device then computer/consoles could truly become like just another household item like the telly or the fridge. It would be more accessible to everyone and gamers could join their own bizarre cliques after trying out a few rather than having to pick one at the electronics shop and hope for the best.

I think it would be nice to be rid of 'Dreamcast roulette' forever. I also think it would be nice if everybody lived in peace and harmony and fluffy bunny rabbits scattered rose petals at our feet as we walked along the road. Yeah. I suppose the console wars will continue as long as chaining customers to one company's content and peripherals for years on end remains a profitable business model. I suspect that downloadable content and the eventual death of physical media will lead towards this strange one-console utopia I've been banging on about for entirely too long, but in time we'll see if Sony et al will react like the music and newspaper industries and dig their heels in in the face of progress or charge gleefully into this brave new world like the forward thinking...

We won the war against communism and by thunder it'll be a cold day in hell before I surrender our proud tradition of companies bickering and sabotaging each other to give the consumers what they say they should want.

I used to actually admire Muzyka, at least before the EA takeover of Bioware. Since then, his statements have gotten more and more far out. There will never be just one platform, because there will always be another company getting ready to jump in with their own system. If MS, Sony or Nintendo go away, then there will be a newcomer, ready to run the risk of failure. There's always somebody new, we just haven't seen many recently because of the dominance of those three. Take away even one of those, you leave an opening for a young, hungry company.

Muzyka may know development, but I think he really misses the boat when it comes to business and human nature.

L.B. Jeffries said:
I dunno about settle, financially destroy and then feast on their flesh, probably. Sony isn't looking too hot and Microsoft, in some weird act of hubris, currently has Xbox360 and Windows for Games competing with one another. As much as I enjoy the Wii I stopped understanding their business plan as soon as they announced the Motion Plus and a new DS.

Hell, at this point I doubt the third party folks even care who wins, they just want to make sure their games are playable by as many people as possible.
Click to expand...

You just made my day.


One console is allways going to be good for Dev's but it limits consumer choice, so is it good for gamers?
B

I hope this day never comes, the day we have one console is the day that monotonous adventure game Yahtzee had mentioned in the Halo 3 review becomes real.

I'd love if one central computer could take over all the hardware duties!