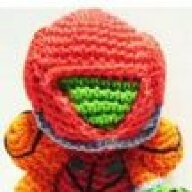 If I were one of the big names of Bioware. I will send a memo calling everyone in the company to write a superlative review of the game. Just to, like the say in my country, playing the chaos.

ITT: People that are shocked this shit goes on. Are you all really that naive?

How is it not okay that a developer can up rate his game, but when 4chan's /v/ organizes a huge raid of negative reviews nobody seems to care. (That comment is aimed more at the LBP2 raid, I have no evidence this happened with dA2) 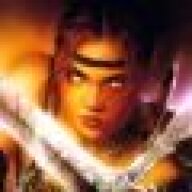 ZeroDotZero said:
This just makes me, a genuine fan of the game, look like a Bioware employee.

I can't say I blame the guy though, you would want to try and do something positive to balance out the negativity towards something you worked on.
Click to expand...

You mean, like actually making a good game next time they try? 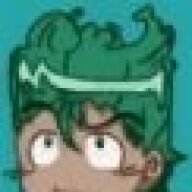 Zhukov said:
I remember reading that review. I assumed it was just your garden-variety fanboy.
Click to expand...

ZeroDotZero said:
This just makes me, a genuine fan of the game, look like a Bioware employee.

I can't say I blame the guy though, you would want to try and do something positive to balance out the negativity towards something you worked on. The best intentions, right?
Click to expand...

You don't blame the guy for committing fraud? Yeah I would want to do it, but there are plenty of people I want to punch in the face too, but I know I shouldn't do it
Click to expand...

This isn't fraud, it is a man who likes the product he made. He never identified himself as someone other than a Bioware Employee in the review he left.
Click to expand...

Part of the definition of fraud is gaining an unfair disadvantage by dishonesty, deceit, or trickery.

Deceit by omission is fair game legally if the information omitted is important enough.
Click to expand...

Omitting his job does not change his opinion on the game. One person's opinion is just as valid as another's.
K

Longtime lurker ever since ZP started his column here, this thread finally made me register.


Shycte said:
Point is, of course they are defending themself. Why shouldn't they be allowed to? If an author gave his book a good review would we care about it then?
Click to expand...

Only if the author did not identify himself as the author. He has the right to an opinion, and the right to express it. he does not have the right to deceive people into thinking that is the opinion of an actual, uninvested consumer.

Shycte said:
I'm a judo coach, and I will always support the ones I train. In a match, they will always be in the right, and the judge will be in the wrong. If he judges against us.'

Point is, of course they are defending themself. Why shouldn't they be allowed to? If an author gave his book a good review would we care about it then?
Click to expand...

What if a chef told you that he runs a 5 stars restaurant, when in fact its just hes own opinion?

And that BioWare guy gave us his opinion. A chef would say "My resturant is the greatest! Come and eat here." I fail to see what your point is? That his review isn't honest? Does it really matter? Is it more dishonest than actors visting Jay Leno marketing their movie?
Click to expand...

To address a few general points I've seen floating around.

Well, in the same way that stealing a 99 cent pack of batteries isn't a big deal, sure. That said, the cop who catches you sneaking it out the door isn't going to be too impressed by that excuse, and neither will the gaming community here.

He does, but as I said earlier, he doesn't have the right to mislead people into thinking he has no financial stake in the game. Whether or not he personally worked on it, money from sales of the game help to pay his paycheck. People have a right to know that tidbit when they read his review about a "flawless game."

3. Trolls bombed the game with low reviews, it's only fair to balance it out!

Two wrongs don't make a right. Moreover, games developers are professionals, they're held to a higher standard than Joe Shlup who has an axe to grind.

4. So, it's totally fine for trolls to bomb with bad reviews?!

It's irresponsible, sure. Much more unethical would be if a Blizzard developer or two got in on the action, posing as Joe Shlups themselves, hoping to destabilize Bioware and hamper production of The Old Republic or something.

Oh sure, it happens all the time. To be caught in the act so blatantly, though? And on an already controversial title? Of course it was going to be a shitstorm. And EA's reaction isn't helping. Comparing it to voting for yourself in an election is just...yeah. (And who evokes images of politicians when it comes to looking ethical anyways?)
D

Oh, and I almost forgot, blah, blah, cue people accusing me of either fanboyism or employment. 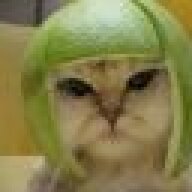 Oh Bioware, what happened to you. You used to make these cool rpg games, now look at you. 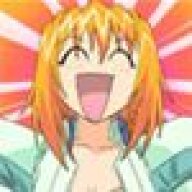 Callex said:
A bit of a failure there... Now the critics (mostly oldschool RPG purists) will claim all the positive reviews were biased like this.
Click to expand...

Who ever thought this would work either really had other vendettas, is an idiot or thinks all gamers are.

Even if he didn't identify himeself, does it matter. His review didn't have anymore credibility than the others. If anything it has less due the 10/10 amirite?

You claim that "he does not have the right to deceive people into thinking that is the opinion of an actual, uninvested consumer.", and while that might sound pretty, it falls flat when put into real context. Marketing is full of ugly things, this is nothing compared to all the fake demostrations EA did for Dante's Inferno.

Besides, he still has the right to defend his game. Anonymous of not, it doesn't matter. That is because of two reasons.

2) He will always have to right to express himself, about any subject he want to. No one have to rights to say he can't say that it is an awesome game.

But honestly, I think that people should play the game before complaining this much. This shitstorm contains more stupid than the usual "X-game suck balls". I mean like Jesus, it's game, get over it people.

Shycte said:
But honestly, I think that people should play the game before complaining this much. This shitstorm contains more stupid than the usual "X-game suck balls". I mean like Jesus, it's game, get over it people.
Click to expand... 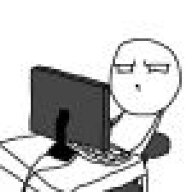 Bioware originally stated that Dragon Age will be their attempt at a Spiritual Successor to the Baldur's Gate Series.

Origins was an alright attempt, I liked it.

So much for an attempted to recapture something great and re-establish their name as RPG masters through story, art, visual styles, atmosphere, the battles between good and evil in oneself and others, and love and hate.

I am very dissapointed, I'm glad I decided to play the game at a friends before choosing to buy it. 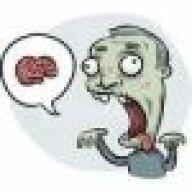 Oh man, this is amazing. Since when did people actually start reading the reviews posted by Metacritic users?

And they actually believe them without taking a pinch of salt? 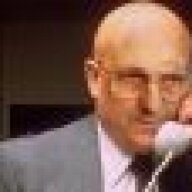 I couldn't care less. If it was a marketing ploy then, yea, it was d*ck move - one of many from Bioware. That siad an employee has the right to review his/her company's games as long as they're not doing it multiple times under different guises.

Regardless I haven't played a party based RPG I've enjoyed as much as DA2 since Baldur's Gate 2. Which I imagine some of you haven't even heard of. I wasn't a particular fan of Origins but the second game is just fun and I encourage any western RPG fan to put the nerd rage aside and give it a go.

I'm not a Bioware employee.


domicius said:
Since when did people actually start reading the reviews posted by Metacritic users... without taking a pinch of salt?
Click to expand...

Oh, and what this guy said.
D

what some people seem to forget here is that anyone can review a game at anytime it shouldn't matter who reviews a game or not when it comes down to it its just one person opinion of the game even when a review comes from x-box mag,game informer, game spot,ign or even the escapist no matter what there review is still tainted by there own opinion of the game

Shycte said:
But honestly, I think that people should play the game before complaining this much. This shitstorm contains more stupid than the usual "X-game suck balls". I mean like Jesus, it's game, get over it people.
Click to expand...

Yeah I know. I don't go around creating threads at the internet, virtually screaming at others when one of my kids loses.

This is some pretty serious shit for them.

Also lol at EA's defense, it's how the Oscars work? Why on earth would you want to lower yourself to those levels then? Be the company to not care about such matters and having to resort to such stupid tactics, especially when it's so easily discovered.

Sean Strife said:
Dear Bioware,
Just stop. Seriously, just stop. Stop trying to defend the game. Stop trying to act like you know what we like better than we do. Just stop with the douchebaggery in general. In the span of about a week (if not less), my opinion of you guys have gone from a respectable and talented development company, to that of just sheer douchebaggy. Just stop, please.

PS: Now go stand in the corner and think about what you've done.
Click to expand...

Doesn't help that the Escapist has been skewing all the stories in a negative light. Calling this a scandal? Blowing the whole accidental game lockout thing out of proportion? It's easy to spin this kind of thing the wrong way and users here are quick to jump on the highest horse they can find.

I think BioWare has made some missteps, sure, but to look at a couple problems surrounding one game and conclude that a company has fundamentally failed is taking it a little far.
Click to expand...

I'm not even talking about how The Escapist has been spinning. Somebody posted a video on YouTube that showed people trying to argue maturely that Dragon Age 2 wasn't that good of a game and BioWare basically snubbed them, said they were wrong, and ended with "end of line", as I posted on another story about this on.