Elijin said:
I don't get your point. You're judging it based on what its not? Because that seems silly. It could have been many things, but it wasn't and being hung up on what it wasnt didn't stop me from enjoying it. It was fun, and I enjoyed that fun, with many others.

Also, a few quips is hardly salt, just a familiarity with the complaineruser base and a sense of humour ;P
Click to expand...

I used to frequent the now defunct BioWare forums a lot, people there loved the MP part, and a lot of them didn't play multiplayer at all, they only played it because it was Mass Effect, and so they had a blast with it. I'm thinking that because I have different expectations from multiplayer, that's why I found it nothing special at all (GoW paved the path for TPS horde mode, even compared to that).

Imre Csete said:
And if you had truly read the wiki, you'd know that wasn't the case on release, the EMS requirement got changed with the Extended Cut DLC.
Click to expand...

Only play the pedant if you're very confident in your data, the Shep death twitch ending required an excess of 3800 EMS at game launch, impossible to achieve without at least a cursory dabble in the multiplayer, however all other endings were attainable. The Extended Cut DLC lowered this requirement to 3100 EMS, giving you, say hallelujah, even less of a reason to whinge. But by all means, do continue to conjure little assurances for entrenched feelings of resentment towards a product you never had any obligation to touch. Then go ahead and pull the other one, it's got bells on it.
I

Elijin said:
90% of my games consumption is co-op or MP, yes.
Click to expand...

Did you have a playgroup to play with in ME3? I didn't really find any accomplishment with its progression system to warrant that much grind, but I can understand the appeal if you had buddies to play with frequently.


EnigmaticSevens said:
Then go ahead and pull the other one, it's got bells on it.
Click to expand...

Are they atleast little brass ones with red ribbons?

I played mostly with randoms, sometimes with my group. Are you going to keep doing this? You've gone from implying I simply didn't know better, to "anything is better with friends." Accept people can like things you don't. 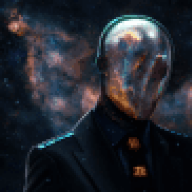 Imre Csete said:
And what made it good?

All I can understand that people liked it because it was more Mass Effect, so yay for that.
Click to expand...

That's probably the best answer to the question. You got more of the meat of the game in multiplayer, after they started giving it so much attention. And everything for the multiplayer was free, maps, weapons, classes, although they were locked in loot boxes that were either a couple bucks a piece or bought with credits earned in the multiplayer.

After a while, the MP gave you so many options and toys to shoot the baddies with that were never available in the main game. It gave you the chance to play the game as other races. You could play as a god damn Volus. You remember them, right? The weird little ball people. You could be a Krogan, Asari, Cerberus agent, Quarians, Vorcha, and even more. Each race and class felt different enough to be enjoyable and not feel like they're just copy/pasting old classes with new skins.

My absolute favourite part of the game though was watching the ragdoll effects in the game, and having so many options to smash cerberus grunts with was just the best little playground the game could give me.
I

Elijin said:
I played mostly with randoms, sometimes with my group. Are you going to keep doing this? You've gone from implying I simply didn't know better, to "anything is better with friends." Accept people can like things you don't.
Click to expand...

That's why I like to ask around for viewpoints.


DeadProxy said:
That's probably the best answer to the question.

And yours to mine aswell.

Saelune said:
This is one of those cases of a forward step in the reverse direction.

Seriously "You dont have to play multiplayer anymore! Woot!" ....the fuck?

Agreed. But then, how would they tack microtransactions on a single-player game without making it look like consumer predation?

Mod support huh? So the PC will get slooty boobs, and the PS4 will get renamed pre-existing assets.

Yaaaaaaay, more multi-player for the game series that I play exclusively for the single-player story and character interactions. I'm so excited.
S

So they're marketing the game's MP by emphasizing that the player doesn't have to play it.