Quazimofo said:
[
i think its the whole letting people skip action sequences thing. it probably is hitting that gamer nerve that reacts to anything that may "dumb down" or "over simplify" games.
though i kinda like the idea, it certainly helped me get through LA noire (i got stuck on the rooftop gunman bit, went back and beat it later but at the time it just bugged the hell outta me)
Click to expand...

I kindof hear that, but I'm not so certain that "skip target action sequence" is all that much different from easy mode for a game with a lot of story. Just my opinion.
A

Spot1990 said:
]Yep, I posted that quote here earlier myself. Point to the part where she said she hates playing games and that she hates them in general. Because what I see is someone saying they like the interactive narrative part of videogames but they find it difficult to play games because they're so very bad at them.
Click to expand...

She said she likes the interactive part of the video game.

You know what's the interactive part of the video game, right? The gameplay. And alas, she say

I know she meant "I like the story, etc". It's not my fault she worded that wrong. And again, the part I put in parentheses&#8202; was a commentary of mine. I'm sorry, if someone dislike a hamburguer, but likes the tomato in it, I think it's safe to say she dislikes the hamburguer in general. (As strange that may sound)

Also, next time, word your reply correctly then. Was it so hard to say "She never said she hated video games in general"? Because quoting my entire post and saying "That's wrong, you idiot" is really, REALLY vague.

Well... She kinda got all the flack for Dragon Age 2.

What I do find interesting though was that she wrote the Dwarf origins and campaigns in Dragon Age: Origins (Which is regarded as one of the better written parts of the game).

Also: Who the hell chose the name "Bullying Canada". It sounds like it's a public fund set up that tries it's best to bully Canada

Also, mind posting or PMing a list of which newspapers you read aaaand (beggar with a shotgun) a small description of it? Pleaaaaaaase? Pretty please with sunday on top?
Click to expand...

And the list of (just) titles? Or just the most amazing 2-3 newspapers and maybe a good blog? Really want to find some decent journalism outside my country, but having little to do with it, it's almost impossible to see that content without developing a handful of skills i currently don't have :'(

Gather said:
What I do find interesting though was that she wrote the Dwarf origins and campaigns in Dragon Age: Origins (Which is regarded as one of the better written parts of the game).

Also: Who the hell chose the name "Bullying Canada". It sounds like it's a public fund set up that tries it's best to bully Canada
Click to expand...

That's what makes me say she is a good or decent witer (would need to read more from her to have a definitive opinion). Liked the city, liked the lore, liked most of the campaign and the flavour; but, even though i liked Branka as a character, also felt she would do important things here and there totally out of character, and i really disliked the end of that whole stuff with the anvil. Being vage due the dislike of this forum to spoilers.

"Bullying Canada"? Isn't membership on that a prerequisite for being american?
A

Spot1990 said:
Anyway, No Right Answers did this debate, Gameplay vs Story, "I prefer the story elements" is a perfectly legitimate stance. If you're in a battle in DA:O do you really care if the guy in charge of AI doesn't like story, maps or inventory screens? Nope. Writing is just as important to videogames as the gameplay.

You said she said something and I said "She never once said that" it's not really that confusing...
Click to expand...

And please, read what you just wrote.

If you're in a battle in DA:O do you really care if the guy in charge of AI doesn't like story, maps or inventory screens?
Click to expand...

What is that even supposed to mean? That I need to like the entire game to enjoy it, or that developers need to like doing things they don't do for a game to be good?

You said she said something and I said "She never once said that" it's not really that confusing...
Click to expand...

But she said she dislikes the gameplay of the video games. And that's what I said.

Then I added a commentary that she hates the video games in overral. 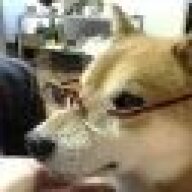 I would have probably made an ass of myself if I read her quote before this situation erupted.

I think if I read Hepler's comment without any hindsight I might've said "Then why are you working for a game company?" and maybe have been a little offended that other better writers that love gaming would never have the opportunity she did. It smacks as a little ungrateful for the job she landed.

But that does NOT justify the reaction she received to a long dead article in which time she might have changed her mind since then, and everyone that had a part in harrassing her should be ashamed. This is a very sad episode in gamer culture ethics.

Spot1990 said:
Writing is just as important to videogames as the gameplay.
Click to expand...

That's where we disagree, and it's just a matter of taste. My favourite games right now are Skyrim over Deus Ex, Withcer, DA:2 (also skyrim is probably the PC AAA RPG with the weakest story last year), and DotA 2 where story is for carebear noobz.

Curiously enough the only video game where I wished I could skip the horrible gameplay for the story was made by Bioware, God i HATED playing that game but wanted to see what would happen with the escapee from Jon Irenicus. This days i wouldn't even bother to play it, back then i had more endurance to bad or boring gameplay (loved Dragon Quest for example).

Spot1990 said:
If you're in a battle in DA:O do you really care if the guy in charge of AI doesn't like story, maps or inventory screens?
Click to expand...

Of course i do. For example in Skyrim (yeah i am playing that a lot) the graphic designer in charge of Draugr dungeons cared more about making things look pretty and making easy to see enemies than about the lore and atmosphere, it was only trhough modding you could have creepy atmospheres there and that you actually needed to use nighteye or tourches (at some point nighteye AND tourches if you liked the game very dark like i do).

Of course it's not a sine qua non, but it is important.

As for the AI, of freaking course you care! Well, I do, for example another skyrim mod makes the companions act according to their personalities (ie coward or shy rogue won't take a shield and sword and charge towards the enemies). Edit: This was big for me, in my RPGs i am a carebear nerd, and i HATED when Aela, a hunter specialized in bows which other NPC says has never used anything bigger than a dagger (or something like that) suddenly went sword and shield to tank freaking bears...
A

While I enjoy the interactive aspects of gaming, if a game doesn't have a good story, it's very hard for me to get interested in playing it.
Click to expand...

Means I hate playing games. Considering she writes for Bioware, a company whose games focus quite a bit on character interaction, development and plot, I think it's fair to say that she's at least interested in a good chunk of the products they produce.

No, what I'm saying is games are made up of different elements. You don't have to care about them all to be good at the element that interests you. Hence, the guy in charge of AI might hate the storytelling aspect or every other gameplay element like inventory systems or maps but it doesn't mean a thing as long as he likes the combat elements.

Yes but you're commentary included the word "actually". So when you say she said something and then in brackets say a different thing and add actually you're implying that's what she actually said. Had you used "basically" instead of "actually" it would have been clear that that was your interpretation of what she said rather than what she "actually" said.
Click to expand...

Sigh, this is getting repetitive.

Again, you misinterpreted. She said she has a hard time getting interested IN playing it.

See the difference between "Getting interested into playing it" and "Liking playing it"?


And that can be summed into the "story" part of the game. Character interaction/development/plot isn't gameplay. It is what we call "story", atleast in videogames. Hepler herself said that is story, in the very own quote you used.


You keep picking the same two words. Two words I already explained their purpose and meaning. You keep hitting the same key, to no avail.


Go search in the video game industry who likes it. Most people who play on videogame industry LOVES videogames. Hell, even most CEO likes videogames because people found video games studios because they got a few friends together and decided to make video games. Only extremely huge company have CEOs that don't care for videogame.

Hepler herself said that saying such thing (I dislike etc etc) was a terrible thing to do.

Is it that hard to acknowledge that you are wrong? If it is, you can simply not quote this with a answer, I don't need a declaration of how you were wrong.

Spot1990 said:
I didn't say do you care if those elements are good I said do you care if the guy in charge of AI hates inventory systems and world maps, things that are irrelevant to his job.
Click to expand...

But they are not, graphic design, AI programming, story, game concept and a lot more go hand to hand to create a whole experience. Good games might fail in one of those and still manage to pull themselves together and work due being amazing in others, great games need to make all this right and blend them seamlessly.

I don't know what game you like, but let's take an universally acclamed title like Shadow of the Colossus, now, imagine that the graphic desinger thought that story was irrelevant, that he should make the game according to current tastes and thus he would make the protagonist look like this since it was the trendy thing to do and build the world to suit that desing. Would it still be a good game? Yeah. Would it lose part of it soul? For sure.
S

Quazimofo said:
i think its the whole letting people skip action sequences thing. it probably is hitting that gamer nerve that reacts to anything that may "dumb down" or "over simplify" games.
though i kinda like the idea, it certainly helped me get through LA noire (i got stuck on the rooftop gunman bit, went back and beat it later but at the time it just bugged the hell outta me)
Click to expand...

If anything their behavior suggests developers should be dumbing games down as low as they possibly can.