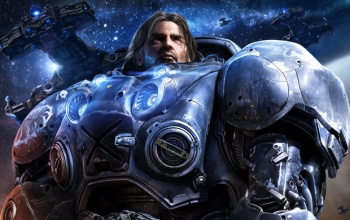 We knew a crackdown on StarCraft 2 [http://www.amazon.com/Starcraft-II-Wings-Liberty-Pc/dp/B000ZKA0J6/ref=sr_1_1?s=videogames&ie=UTF8&qid=1285945909&sr=1-1] cheating was coming, as Blizzard warned [http://www.escapistmagazine.com/news/view/103464-Blizzard-Warms-Up-Banhammer-for-StarCraft-II-Cheaters] everyone a couple of weeks ago. Today, it's made good on that promise and brought the axe down on thousands of players found to be using hack programs or otherwise cheating.

In a statement on the official SC2 site [http://us.battle.net/sc2/en/blog/882508], Blizzard said that the number of people banned or suspended from the game was over 5,000. The statement read that aside from "undermining the spirit of fair play" on Battle.net, there was a danger of the cheaters causing stability and performance issues for other players. Blizzard said that maintaining a stable and secure experience for "legitimate players" was its top priority and that it would continue to be on the lookout for anyone who wasn't playing fair.

Anyone who earned a suspension just has to wait out his or her sentence, but those who were actually banned will have to buy another copy of the game to keep playing. Hopefully, anyone forced to spend another sixty bucks will learn from the experience - and the expenditure - but that said, there is exactly zero chance that this is the last time anyone will be booted from StarCraft 2 for cheating.

Bravo to Blizzard. There's a reason they're popular.

Damn... Well, they were true to their word. Now all the need to do is sever their ties with Activision...

The only thing that can make this any sweeter is if some guy who was banned for cheating at the game makes a thread about how unfair it is so I can laugh at his misery.

You know, this is why the RTS multiplayer community loves Blizzard. As much as they appreciate their customers, they're willing to call the less scrupulous among us on our shenanigans.

Glad to see they are taking action agaisnt it - Whicgh is fantastic!
W

GG blizzard, now I can't use the excuse that they were cheating for losing so many times!

Fallen-Angel Risen-Demon said:
Damn... Well, they were true to their word. Now all the need to do is sever their ties with Activision...
Click to expand...

Holy crap a Dark Cloud 2 avatar! I thought I was the only one who played it! 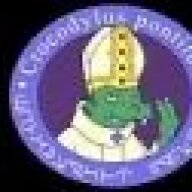 I have no problem with this. If they go against the user license agreement, then they deserve the consequences.

Does this just ban players from the multiplayer or the whole game (I don't know if Battle.net is as bad as Ubisofts thing or not)? If the latter, that's a bad precedent to be setting regardless of what merited it. 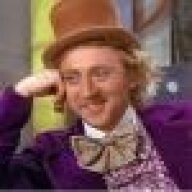 So long as you don't cheat, you have nothing to complain about. People that do, ruin it for everyone else, and then complain about the fact that they get banned.
Well maybe you shoulda thought about that in the first place no?

Idiots. The lot of that.

Douk said:
GG blizzard, now I can't use the excuse that they were cheating for losing so many times!

Fallen-Angel Risen-Demon said:
Damn... Well, they were true to their word. Now all the need to do is sever their ties with Activision...
Click to expand...

Holy crap a Dark Cloud 2 avatar! I thought I was the only one who played it!
Click to expand...

Nope I did too

OT: Good for them, why didn't they do it earlier? 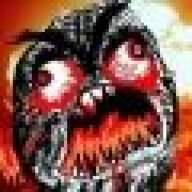 Nice one Blizzard, i think other developers should take note and follow suit

Note, that the ban (apparently) extends to the single player. That would put VAC bans into perspective.