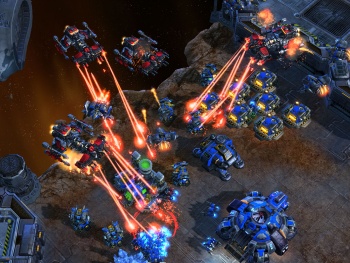 Blizzard is monitoring user-made maps in StarCraft 2 [http://www.amazon.com/Starcraft-II-Wings-Liberty-Pc/dp/B000ZKA0J6/ref=sr_1_1?s=videogames&ie=UTF8&qid=1281023662&sr=1-1] more closely than it has for past games, saying it now has the resources to keep a closer eye on things and it's going to put them to use.

It looks like Battle.net [http://www.blizzard.com], published maps are subject to review to ensure that they promote a fun and safe environment for all players."

"If a map is found to contain inappropriate content, it will be removed from Battle.net and the map maker will be contacted via email," she continued. "Should a player have any questions or concerns regarding a specific action, he or she is welcome to contact our support representatives."

When asked why Blizzard is taking a more aggressive approach toward StarCraft 2 than it did with the original game, Bashiok, another community manager, responded bluntly [http://us.battle.net/sc2/en/forum/topic/248105900?page=6#115], "Because we can. Literally. We have a support department now of size and ability to enforce these types of things. It simply wasn't possible when our in-game support used to consist of approximately 20 technical support agents."

But he also acknowledged that the process for keeping map makers up to speed is still being tweaked. "We're working on improving our processes to ensure the map maker has more information on why their map was removed," he wrote in a later post [http://us.battle.net/sc2/en/forum/topic/248105900?page=7#136]. "Right now it is a bit vague and has obviously led to this misunderstanding."

Big brother is watching you now that they can.

You know I'm curious, define "inappropriate content". Like dick-shaped maps? Maps that spell curse words? Wonder what all the fuss is about

Here's a challenge for the News Room:

In the following week, can you find me a story that doesn't paint Acti/Blizz as something short of the Third Reich?

(That's not to say the news is, in any way, biased; but they just keep acting like such control freaks)

And this is why I'm not buying the damn thing, I remember having hours and hours of fun with my friends using the LAN mode playing custom maps we each designed, sure there was the occasional dong map that was only funny after a few beers, but for crying out loud this is just obnoxious. 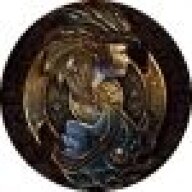 qbanknight said:
Big brother is watching you now that they can.

I am also curious... though honestly I'm not sure I want to know what content they are blocking.

Yet another reason not to buy that crap. Inappropriate maps...ffs. On no somebody made a plateau shaped like a dick, better hide it before all the girls turn into whores and the boys into catamites.

I wish the "think of the children" people would just go form a commune somewhere and stop bothering the rest of us.
C

And is ready to dispense some indiscriminate justice!

Oh god I couldn't help myself, got to love siege tanks! 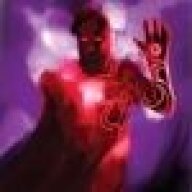 So, could they re-enable LAN now? So I could HAVE some sort of dick-shaped map, and then just keep it among my bros? Is that so much to ask for?

I have mixed feeling about this, while I can understand the basis of protecting battle.net for cheaters and exploiters, and protecting the ESRB rating of the game with public maps there are taking things to far.

qbanknight said:
Big brother is watching you now that they can.

Eh, taken from experience, there were maps out there that used the environment tiles as pixels of sorts, and surprisingly a rather detailed picture could be created with it. There was a .Hack bound game that used it. There was also several pornographic maps that people would ask about in chat channels.

I'm pretty sure the latter could easily be considered inappropriate.


And root, Activision IS a control freak, so long as there's a possible way for Kotick to squeeze money, he'll choke babies to get it.
Click to expand...

Only choke them? He must be getting nicer.

OT: I can kind of understand this. It entirely depends on what they deem innapropriate. I support the if they only delete maps the are pornographic, or giant curse words and racial slurs. 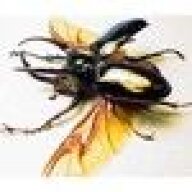 OH NOES THEY ARE TAKING AWAY MY PRECIOUS PENIS MAP!

Seriously, are some of you just looking for something to ***** about when it comes to SC2? They are monitoring their stuff like Sony did with LBP and Modnation Racers. If you feel your liberties are reduced because you cannot show the world the amazing cock-shaped map you just made, I think you're the one with a problem.

And quite rightly, too. If I'm playing a game I want to play it for the fun of the game itself, not because I want to get my kicks from laughing at childish, immature maps shaped like someone's dick or islands in the game that spell swear words. If you find that funny, are you really the right age to play games like these? 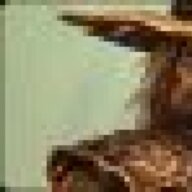 However, I wonder if people understand the situation fully.

This isn't just about maps, it is also about triggers (Which people will not even see) having inappropriate words in them, when they are not even inappropriate. This in itself is just an annoying as hell filter that is terribly unnecessary.

However, this also shows something that I feared, and rightly now shown, about Starcraft 2. This type of exertion of control is somewhat...choking to a modding community. What exactly is being ruled as bad? And where are the guidelines for this? Are they deep and descriptive, or just a general "Objectionable material"?
Show hidden low quality content
You must log in or register to reply here.
Share:
Facebook Twitter Reddit Pinterest Tumblr WhatsApp Email Link
Top Bottom