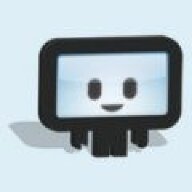 
The weekly "Big Deals on the Internet" is brought to you by the crew from every Tuesday [http://www.dealzon.com] at 5:30PM Eastern for the latest deals. Feedback? Let us know in the comments!

Lots of good games on here! But I suggest you check out Evil Within reviews before buying that. Reviews are not good to say the least. Which is a real shame - maybe Silent Hills.

oldtaku said:
Lots of good games on here! But I suggest you check out Evil Within reviews before buying that. Reviews are not good to say the least.
Click to expand...

Reviews have been mixed to positive.

oldtaku said:
Lots of good games on here! But I suggest you check out Evil Within reviews before buying that. Reviews are not good to say the least.
Click to expand...

Reviews have been mixed to positive.

But there are no reviews for the PC version of Evil Within. All those are console reviews.

Apart from the issue of bloated hardware demands (an i7 is a MINIMUM requirement, bullshit), being locked at 30fps out of the box (requires command console to unlock it, rather then a menu switch), having a really obnoxious letter boxing on widescreen displays with no option to switch it off and has janky keyboard and mouse settings and keybinding options are equally terrible.

Considering we are paying the same price as consoles but getting a lesser experience for it, that should be enough to warrant caution.

25% off the game + season pass might ease the issues for some, but until I hear of efforts to improve the PC versions condition, I ain't paying a penny. If I have to wait for mods, I'll just wait till the game is in the bargain bin a few years from now. This is not how an official AAA release should be.

As it is, it's a poor port at the same price as consoles and no PC centric reviews to inform PC gamers of these issues. Poor form.

EDIT: Should point out that i'm not starting a crusade over this. But the lack of PC reviews even after launch is not good. Cross platform games should have dedicated reviews for each system as there may be a myriad of issues that are unique to each system. In this case it's just another half assed port to PC.

The game might till be good, but should we pay full price for a weaker experience? Again, the sale might help for some, but for me I'd rather be fully informed about what I'm buying, and as of now that isn't the case, with plenty of negativity coming from users to give me reason to wait.
Show hidden low quality content
You must log in or register to reply here.
Share:
Facebook Twitter Reddit Pinterest Tumblr WhatsApp Email Link
Top Bottom