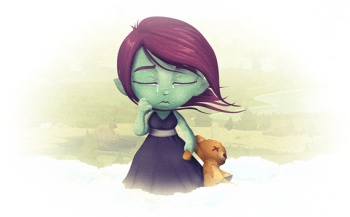 Three turbulent years [http://www.escapistmagazine.com/news/view/114465-MMO-Unlaunched] on from its launch, the oddly beautiful browser-based MMO Glitch is set to close for good on December 9 2012. Citing unsustainably low player numbers as the reason behind the move, developer Tiny Speck described the closure as "heartbreaking," adding that a large portion of its team has been rendered unemployed by the MMO's failure.

Commenting on the closure, Tiny Speck said in a statement [http://www.glitch.com/closing/] that "Glitch was very ambitious and pushed the limits of what could be done in a browser-based game ... and then those limits pushed back." The developer also apologized profously to the game's small but dedicated player base, saying that the game's forums and website would remain open until year's end to allow them to stay in touch. All players will be refunded for any purchases made in-game in the last year.

"We are grateful to have had the opportunity to play with you. The game was absolutely preposterous. And yet, we kind of liked it," concludes Tiny Speck's statement.

New signups to the game have been closed following the announcement. Existing players can still invite a new player in to experience the last few weeks of the game, but that's it.

Glitch was, if nothing else, experimental. Tiny Speck was made up mostly of people who created photo-sharing site Flickr, with a few big-name game developers - most notably Katamari Damacy creator Keita Takahashi - coming along for the ride. With its touchingly pacifist worldview and emphasis on community, Glitch provided for its players a creative and welcoming universe that valued exploration and commitment. It is a sad thing that it never quite took off, but not all innovation ends in success. It was brave of Tiny Speck to try, and Glitch's "preposterous" pastel-colored world will be sorely missed by the players who made homes there.

That's...really sad. I never played this, but I certainly wish I knew about it beforehand. I love everything Takahashi touches and I somehow never caught wind of this game. Something about the failure of people who genuinely tired to innovate and do something different makes it more sad.

Such a shame. Grrr. Why did I not hear of this until now? It sounds like it was a great idea and I wish there were some way to save it. Perhaps there is. Damn, I'm gutted and I didn't even know it existed. 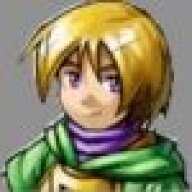 I played this for a while last year - really interesting game. Beautiful graphics, lovely soundtrack, but moving around was quite a pain. Sad to see it close, but it's not surprising.

Aaaaaand this is why you pay for marketing. Over half the posts in this thread will be from people who've never even heard of this game at all, me being one of them. I'm sorry the game tanked, but I kinda have the feeling that it didn't even have a proper chance. The lack of awareness of the game's existence means that there are potentially thousands of people out there who would have loved the shit out of the game, if only they tried it. You can make a great game, but if nobody knows it exists, then you're still screwed. Word of mouth is fine and dandy, but you need a starting population to start spreading it. If that population is tiny, then it won't be able to do much.

Now, I'm not saying they should have spent millions on ads on every damn site out there, but the occasional banner wouldn't hurt (even trash cash-in grindfest MMOs have those, for heaven's sake!), maybe reach out to some gaming sites and tell them "Hey, we made this cool game, wanna take a look? Maybe write a paragraph or two about it if you like it?". There are tons of games I only heard of because of sites like Penny Arcade or RPS.

Yep, I've NEVER heard of it, and I pride myself on playing MMO's. Someone wasn't doing their job correctly (or no one was ASSIGNED to the job).

Dug your own grave there guys, sorry.

This is the ultimate failure state for a game. The developer has said "Yeah, we're closing this" and the general reaction, mine included, seems to be "This existed?" 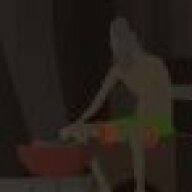 I absolutely would've at least tried this out, if only I had heard about it somewhere. They should start a Kickstarter now that they have some publicity from this closing.

Mind if I sit in the back?

Not heard of this either, why is this even being reported if it's so niche/unknown?

I'll write exactly the same thing I wrote in Massively's comment section, to quote myself:

I don't feel sad or even guilty for not playing this game, I didn't liked it, period, but I DO feel bad for the people who DID enjoyed this quirky little game. I feel your loss and may you find another game soon and to the fine folks at Tiny Speck, may your quirky talents gets noticed elsewhere and give you a good job soon.
Click to expand...

And as for those who didn't played it, it was definitely a different game and it was definitely a lovely one, even it it wasn't my type of game. I guess that their eternal (3 years actually) state in "beta" is to blame, they actually lanched the game for a few months and reverted back again to beta to tidy up some more stuff.

Sadly, it was very niche (as in, some people called it a "hipsters MMO") and the only way someone could know it was from word of mouth (I knew of it's existance thanks to Massively, but even then, word of mouth alone could only bring it not much farther). 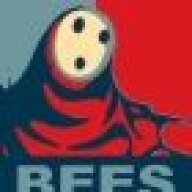 Damn, I do remember hearing about this when it got closed down last year so they could redo the gameplay. When it reopened I really wanted to give it a try, but no one mentioned it, so I forgot.

Yeah, why didn't they advertise it!?

Poor guys, I hope they have better luck with future projects. At least they are going about closing down the right way.
J

I play this (same name on Glitch). I can agree with many folks that it was probably not advertised enough. I found out through a friend about 2 months ago, and that was because she finally got her beta invite through the mail. The beta label just dropped off maybe a month ago. It's also not a very Googleable name. One of the staff also said that the game cost a half million a month to run, and it was a free-to-play game that offered the ability to buy credits and subscriptions. It also got a bit of crap for being Flash-based.

It's a fun game. You grow trees, mine, explore, fish, build furniture and towers, and fight off a giant bird that wishes to unmake imagination by meditating and throwing stuff into a shrine. Definitely different, and the community was pleasant (although they were ruthless with anyone who confessed to being under 14 due to the TOS). I really hope that Tiny Speck gets a new project soon, and maybe someday we'll see Glitch in another form again.

Next time, get a marketing team. #Derplogic

I wonder if they'll try and release it as a stand-alone game.

Wait, they had the Katamari guy on board? Ouch, shame the game never took off... or got heard of, apparently.

Makes me wonder if another publisher or whatnot could swoop in and salvage this. Not that that would necessarily be a good thing.

And I'm also joining the crowd of "Wait, this existed?" people. I'm not, however, going to call them out for "not having hired a marketing team". It's very well possible that they tried to market it as much as they could and simply didn't get it to tick off. It's only very few games that actually get hyped throughout the web - enough to grant enough users. And the games that don't ... Well they usually survive on the heartblood of their creators.
Saddening, but ... Nowadays it really became very much a thing of having luck in finding that one user who gets the ball rolling fast enough.
Show hidden low quality content
You must log in or register to reply here.
Share:
Facebook Twitter Reddit Pinterest Tumblr WhatsApp Email Link
Top Bottom