Canadian Dev to U.K.: "Tax Breaks Are Not Essential"

Canadian Dev to U.K.: "Tax Breaks Are Not Essential" 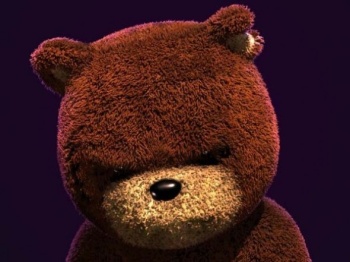 The CEO of Canadian independent game studio Behaviour Interactive [http://www.bhvr.com/] admits that the country's generous tax system is helpful but says it has never once actually helped him nail down a publishing contract.

Canada and the U.K. have diametrically opposed approaches toward their respective videogame industries. Federal and provincial governments in Canada, not to mention some regional organizations, are tripping over each other in their haste to throw generous tax breaks and other incentives at developers both large and small, while in the U.K. they prefer to tease the industry with a meager bone and then yoink it away [http://www.escapistmagazine.com/news/view/104881-U-K-Government-Giving-Help-to-the-Gaming-Industry-Doesnt-Add-Up] at the last second. It's a situation the U.K. industry often complains about but Remi Racine, the CEO of Montreal-based Behaviour Interactive has a word to the wise for his British counterparts: It's not really a big deal.

"We calculate tax breaks in our price structure when pitching projects, and explain that around 15-18 per cent of production costs will go back to [the publisher]," he told Develop [http://www.develop-online.net/news/36297/Canadian-dev-Tax-breaks-far-from-essential?utm_source=feedburner&utm_medium=feed&utm_campaign=Feed%3A+developmag%2Fifbh+%28Develop%29]. "When you think about it, that's a 15 per cent saving on production costs, but it doesn't make better games, which is what publishers ultimately want."


He explained that while tax breaks are helpful, his studio still loses out on publishing deals to U.K.-based outfits because while Canada has a pleasant tax climate, British studios have history and experience on their side.

I'm not entirely sure how seriously I can take the opinion of someone who is making a sequel to "Wet" which seems right up there with "Kane and Lynch" in that the highest praise I tend to hear of it is "average game, with an unlikable and totally unrelatable protaganist".

That said, tax breaks are a touchy subject.

Typically tax breaks are connected to plans like what the US Republicans called "Trickle Down Economics". The basic idea being that if you offer the rich businessmen incentives like tax breaks they are going to pass some of that down to other people by hiring more workers and the like. Indeed that is typically the deal when it comes to tax breaks (which a lot of left wingers miss) is that in exchange for tax breaks and perhaps help building a complex, a given business will hire so many people from the local area (as opposed to bringing their own people in). When those tax breaks and incentives disappear, the businesses do things like head overseas.

As far as this entire issue goes, I think a big part of it is that the "tax breaks for the game industry" arguements are based on the position that nations need to foster this industry in paticular. Neither the politicians or the people they represent get anything out of the deal in a direct sense however, which is why I think there is some reluctance in places to give these tax breaks.

The gaming industry by it's nature is not a business where they are going to have a place to employ say a thousand people from a given area in exchange for the tax breaks, I mean what would they have them do? Besides how much would they pay those people, because part of the equasion is the goverment being able to tax the wages of those being employed to help make up for what they are losing at the top.

At any rate, all this rambling aside, I think this issue is getting increasingly silly, especially seeing as it seems a lot of crucial information is missing. I am not sure what the gaming industry is offering the politicians for what basically amounts to free money.

That, and I'm somewhat amazed that there is going to be a "Wet 2". Hey who knows, since they are both crime games, maybe they should do a Wet - Kane And Lynch crossover. They could steal a page from Kojima's playbook and use special paint on the CDs that will smell like burning feces when the disc heats up... a way of breaking the 4th wall and truely capturing the essence of these games. >

That's precisely what ran through my head as I read 'Wet' and 'Naughty Bear'.

Still I doubt this is a good enough reason for UK devs to stop moaning. Plus, we're British, complaining's in our nature.

Erm I can imagine in Canada being Adjoined to the U.S. That marginally larger Audience allows for far more relaxed disposition in the industry. But I lost a job because of this repealed Tax Break issue. So I'm horribly horribly biased. The U.K. Laws on Video games make distribution more costly, and substantially more difficult, and making it even more costly to make and produce on top of that pretty much leaves us with...Who do we have left? Lionhead?

Where it gets dicey is in the fact that Racine is talking about winning publishing contracts, but tax incentives relate more to the opening of new studios. His point is valid and I've often felt, admittedly as someone whose job does not live or die on such things, that UK devs tend to complain a little overmuch about the taxation situation. They're definitely not getting the breaks that Canadian operations do, but does that really create such a dire, do-or-die situation for the industry? 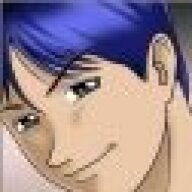 well of coarse a canadian developer would say no to the brits having tax breaks.
then they would lose their edge.
having more money helps alot 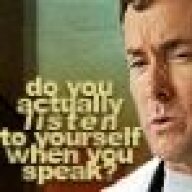