DD is an open-world action role-playing game that mashes up Skyrim with Devil May Cry.

Not to be confused with Capcom's other series that involves hunting monsters, Dragon's Dogma appears to be more of a traditional Western-style action RPG. The director of Devil May Cry 4, Hideaki Itsuno, and the producer of Resident Evil 4 Hiroyuki Kabayashi have teamed up to make the game of their dreams. Even though the pair are Japanese, they were both strongly influenced by Western geek culture like Tolkien and the stories of Greek gods. The player will be able to choose to play as one of three classes - Mage, Fighter and Strider - but you can assemble a group of up to two "pawns" from the hundreds of NPCs in the game. No details were given on a release date, even though the game's been in development for three years, and it should drop on both the PS3 and the Xbox 360. From the images and the trailer, Dragon's Dogma doesn't look anything like your typical JRPG.

"While we don't share a common history and mythology, Japan has had access to the same pop culture experiences over the last 30 years, and I think that Japanese people do like fantasy games, movies and books," Hideaki said. "Because of that, we have the same working knowledge of myths and creatures such as the Hydra and the Griffin and people in Europe and America do."

Where did the team draw inspiration? "When I was at junior high school I was really taken in by The Lord of the Rings, so I'm sure that has had a strong influence," explains Hideaki. "You can expect to see a lot of those creatures from Greek and Norse mythologies that fantasy fans will be familiar with."

Hideaki said that Dragon's Dogma has the biggest team working on any single game at Capcom right now. "This is a game that I have wanted to make for many years," he said. "I've never felt that we had the technology in place to take on a project of this scale. Now, we have consoles powerful enough and a development team at Capcom knowledgeable enough to bring this vision to life."

For anyone who's worried that this game is a Monster Hunter knockoff, Hideaki said that the two games are different. "While they may have some superficial similarities, they are very different games at heart. One key difference is that Dragon's Dogma has an overarching story whereas in Monster Hunter the focus is on the hunt."

I got to say that Dragon's Dogma looks pretty good despite its shitty name. Really? There's a dogma about dragons?

Yes, I guess there is, according to this website anyway. [http://dragonsdogma.com/]

I really should invest in one, just so all these gems can stop passing me by.

It looks really good, but I wonder how the story will be. The pair's track record isn't exactly a great indicator. 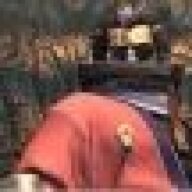 I think I will just stick with the huge world, amazing looking and sure-to-have-a-modding-community Skyrim. But thanks anyways. But not really.

Haha, about time they ditch the dead end market of faux rpgs and get to making real ones.

I will laugh again if it turns out Japan can make better RPGs than Bethesda or BioWare.

Really now? I hope so, the 360 is in dire need of some good RPG's, and more importantly, I am xD.

What does this thing know about RPG's? 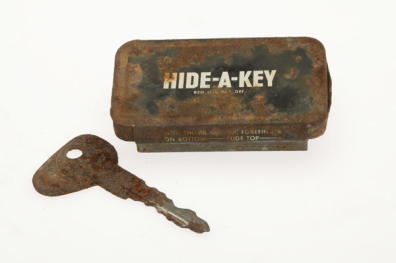 Also, who came up with the line "like Skyrim meets DMC." Skyrim isn't even out yet!

Looks nice, more details first please. Especially, the burning question... what is a Strider? Because as much as I would like it, I doubt it's Strider Hiryuu...

Keeping in mind this is a Capcom game, im not holding my breath for the story.

The premise does intrest me though... Devil May Cry gameplay with TES premise...

If only all rehashes sounded this good.
[sub]Capcom fanboy, away~![/sub]

Hmmmm. Dragons. Love em. Hate them when they're just used as cannon fodder though.
I wonder if this is establishing a new trend...(Dragon Age, Skyrim)...huh. Probably not.
Dragons aren't as culturally accessible (or rather, likable) as Ninjas, Pirates and Zombies. 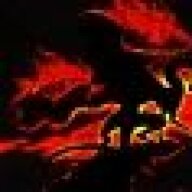 For a game with "Dragon" in the title, there sure are a lot more screens of Giffons than of Dragons...


Atmos Duality said:
Hmmmm. Dragons. Love em. Hate them when they're just used as cannon fodder though.
I wonder if this is establishing a new trend...(Dragon Age, Skyrim)...huh. Probably not.
Dragons aren't access culturally accessible (or rather, likable) as Ninjas, Pirates and Zombies.

Concur. I love dragons, so I don't like it when games tell me to just chop through 'em.
That's actually pretty much my main concern about Skyrim. Seriously, developers. Can't you come up with something to do with them other than having them be a high-level enemy?
(Apart from you, people who made Hoard. You get cookies.)

Okay, are you BLIND, Tito? The official trailer has the 360 logo in it.

Anyway, I was wondering what the DMC team was up to. This could be interesting. I'll keep my eye on it

Fantasy games should never look like this. I don't think this looks pretty at all; if you didn't tell me the name of the game I'd swear it was Dragon Age. I think it looks bland and boring. Though I'm pretty much yelling at a wall at this point, you put out a game with even minutely stylized graphics and people decry it as "kiddie because it looks so cartoonish."

It sounds like Capcom is trying to cater to the people who incessantly whine about how Monster Hunter doesn't have a plot or lock system or whatever other typical crap that would nerf the difficulty. Bah. I'll buy this and Monster Hunter Portable 3rd and we'll call it even <.<;;;
D

I'd laugh if it turned out to be a two worlds I disaster...

Please....allow me to hold your head in the bucket of ice water for comparing this to Skyrim...its alright...the bubbles will stop after a few...