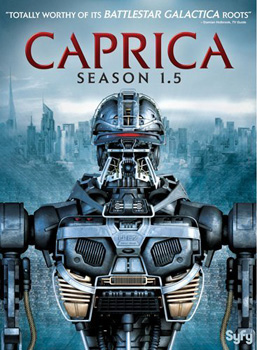 If you were upset about not getting to watch the final episodes of Caprica, Syfy is going to give you the opportunity to see them... as long as you can wait 'til next year.

Syfy's <a href=http://www.escapistmagazine.com/news/view/104800-Cylons-Triumphant-as-Syfy-Cans-Caprica>cancelation of Caprica, the prequel to the much-beloved <a href=http://www.amazon.com/Battlestar-Galactica-Edward-James-Olmos/dp/B0036EH3UC/ref=sr_1_5?ie=UTF8&qid=1290458622&sr=8-5>Battlestar Galactica, left fans wondering when they'd get to watch the final few episodes. The network has now revealed that it will be airing the episodes, but it'll be a little while.

Last week, the network announced that the five unaired Caprica episodes will be broadcast on Tuesday, January 4, from 6 PM to 11 PM. The show was unceremoniously canceled only a few episodes into the second half of its first season. In a weird twist, the cancellation was announced right after the channel ordered a pilot for a different Battlestar prequel called Blood & Chrome (which is set after Caprica but before the main series).

It should be noted that the episodes' airing time is kind of bizarre, since Caprica Season 1.5 is <a href=http://www.amazon.com/Caprica-Season-1-5-Eric-Stoltz/dp/B00466H3A4/ref=sr_1_1?ie=UTF8&s=dvd&qid=1290461766&sr=1-1>going to be released on December 21st. On top of that, Canada's Space Channel has also continued to air episodes in spite of the series' cancellation. Still, at least Syfy will provide fans with some closure before Blood & Chrome hits the airwaves.

"Wait till next year" seem's to be Sci-Fi's great plan in scaring off new comers or just flat out pissing off fans of their few sci-fi shows. At this rate once SGU and Warehouse 13 run their course on that network I'm pretty much through with them. Hell, might as well just buy the DVD's, I'm tired of playing their waiting games.

They should have used the funding to make more Firefly episodes instead of this awful show. Just sayin'.

Godamnit Sci-Fi (I refuse to call it SyFy because it sounds like an STD), can you please stop trying these shitty cash-in shows? I swear to God you are like the George Lucas of TV.

I wish they'd use the money for something worthwhile... like a decent Sci-Fi series not a bloody angst ridden drama show.

I want something GRAND. I don't give a shit about the daily lives of people for the most part, I want something spanning years, great distances, massive battles, political intrigue, the fate of entire worlds.

When did Sci-Fi get so small minded? When did they stop thinking Big? Epic? Grand?
V

I was enjoying Caprica, so hearing of its cancellation was somewhat unfortunate.

What puts me off is that Caprica DVDs are being sold as half seasons without indicating as such on the packaging. If you look carefully at the package, they avoid any mention of the contained episodes.

That annoyed me with season 4 of Battlestar Galactica because we finished the set and were left wondering where the rest of the series was. Of course, the remaining episodes were in the "4.5" package, which left me feeling misled and ripped off.

Permission to gloat that we've been getting these episodes in Canada. (2 to go)

Hrm... i dont see how this is news considering it was pretty much detailed the same day that the show was cancelled that it would start airing the remainder of the season starting in 2011, for syfy while remaining on the air on space.

Edit: Anyway, the series was interesting, though its motif of twilight-esque teen soap opera was very off putting at times. It did present some interesting ideas and the show was starting to pick up very nicely. My only hope is that the series will end on a cohesive enough finale to stand on its own, sort of how dollhouse did in the face of its cancellation. 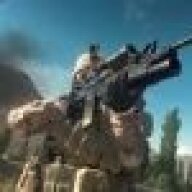 Im not suprised it got the boot, it's nowere near as good as BS:G that much was plain from the start, Caprica revolved to much around the charecters and lacked a strong storyline to push it along. To say it was a drama series was pushing the limits when (compared to BS:G) there was very little real drama.
Show hidden low quality content
You must log in or register to reply here.
Share:
Facebook Twitter Reddit Pinterest Tumblr WhatsApp Email Link
Top Bottom