The unholy matrimony of PopCap and Blizzard continues with a "Peacebloom vs. Ghouls" minigame found in the newest World of Warcraft expansion.


Last year at BlizzCon [http://www.escapistmagazine.com/news/view/94134-Is-There-a-Zombie-on-Blizzards-Lawn], I noticed that the movers and shakers at Irvine-based PC developer Blizzard seemed more than a little fond of PopCap's brilliant Plants vs. Zombies. As it turns out, Blizzard's love for PvZ extends far enough for the developer to essentially recreate the puzzle/tower defense game in World of Warcraft.

The above video details a new minigame found in the Hillsbrad Foothills, where players are asked to defend a farmhouse from remnants of the undead Scourge. Instead of using swords and sorcery this time around, though, you're using ... plants.

Yes, the quest is called "Peacebloom vs. Ghouls," and its influences are, shall we say, more than obvious.

Even if the minigame only has five different types of plants, from what I can see, this WoW-ized version of Plants vs. Zombies is incredibly faithful to PopCap's original - so much so that it's not unreasonable to think that PopCap actually had a hand in creating the thing. Given that the two companies have worked together before (with a WoW-themed version of Peggle and official PopCap-produced Peggle and Bejeweled addons), it's likely that PopCap was at least on board as a consulting partner.

And yes, after you've beaten the quest there is a repeatable version - complete with Achievements. Oh Blizzard and PopCap, why must you tempt me so?

I believe one of the ENN episodes said it best. Don't mix a drug with another. Do it with like rice kripies or something

Excuse me for a moment, I need to boot up my beta client so I can waste my afternoon playing this minigame.

Oh and if I'm not back after a day or so, I ran out of lawnmowers.

The only thing worse would be if they mixed it with Minecraft. And then Puzzle Quest. And then the Escapist forums. And then TV Tropes.

Im not sure if this is a good or bad thing...

This is going to be the most popular area. Period.

I see where people get the "WoW doesn't do anything original" statements from...

I listened to his WoW radio thing for like 2 days about 3 or 4 years ago when i played WoW and i still recognized him easily.

Heh Love TotalBuscuit's Videos. And I did know this was going to happen but I'm pleasantly surprised how well it handles.

Those crying Unoriginal. Anything at it's root is unoriginal. Get over yourself. 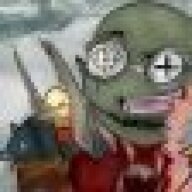 Cingal said:
I see where people get the "WoW doesn't do anything original" statements from...
Click to expand...

They don't really try to, nor do they even have to at this point. They just do those things better than anyone else.

In other news, THIS is going to kill more raids than any nerf, ever. Bejeweled killed our MT more than once when Naxx10 and Ulduar were still new!

It's called "Peacebloom vs. Ghouls", and he said they are not zombies, but at 1:37 it still says "A massive wave of zombies is approaching". Hmm... 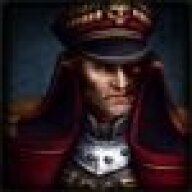 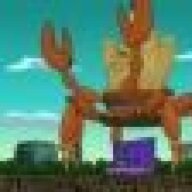 I thought they already did this in Sholazar basin, Blizzard, have you no shame?

Kinda cute, heh. Might as well ride the success! I sure wouldnt mind havign a go at it!