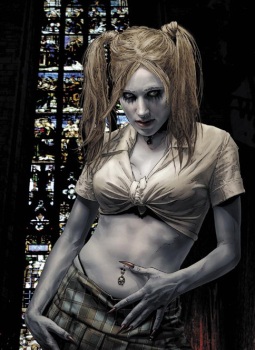 CCP has dropped a few details about its plans for the upcoming Vampire: The Masquerade MMO.

Don't feel too bad if you didn't know that CCP, the folks who brought the world Grand Masquerade [http://www.amazon.com/Eve-Online-Commisioned-Officer-Pc/dp/B003VJID7E/ref=sr_1_1?ie=UTF8&qid=1316447957&sr=8-1] convention in September 2010. But at this year's event, the designers revealed a little more about what they have in mind for the game.

There are a lot of interesting ideas being kicked around but very near the top of the list is that every player will begin as a mortal and becoming kindred - that is, a vampire - is entirely optional; the game will be playable from start to finish as a mortal. CCP is "trying to emulate the feel of LARPing" with a focus on human interaction, and while it will feature a "general, CCP-run metaplot," the main plot action will be driven by players. Diablerie and other mechanics are currently "under heavy discussion," but Caitiff will not be included in the initial release as CCP hasn't found a way to incorporate them into the game the way it liked.

A few other points:


There will be no day/night cycle - it's always night in the World of Darkness
Players will be able to climb the political ladder right to the top, becoming Princes of cities
It will actually be possible to reach the top of the food chain without killing a single thing, entirely through networking, friendships and politics
Other supernatural beings, like Garou and Mages, will appear in lore and as NPCs
Single-world server with multiple cities but no shards or instancing


Also noteworthy, in light of its notoriously hands-off approach to EVE, are plans to actively discourage griefing in the game and punish those who indulge in it. Players who cause trouble, routinely break the Masquerade and generally act like a dick will find their humanity stat gets very low, leaving them open to attack by other players and NPCs, possibly even if they're flagged as non-PvP. CCP says serious troublemakers will face out-of-game penalties as well, including outright account bans if things really get out of hand.

Bear in mind that the game is still in pre-production, so any or all of these features could be changed or cut entirely. But the World of Darkness has been begging for the MMO treatment for years and it sounds at this point like CCP is on track to create something genuinely different and interesting. It may not be a World of Darkness News [http://www.amazon.com/World-Warcraft-Cataclysm-Pc/dp/B002I0HKIU/ref=sr_1_1?ie=UTF8&qid=1316448348&sr=8-1].

Ever since I picked up a The Masquerade via a steam sale I've been dying for a sequel or someone to pick up the franchise and run with it. The game itself might have been bugged to all hell but they did so much right that I was able to look past it. The whole "no exp from kills only from objectives" really let me play the way I wanted to without feeling like I was missing out on loot, exp or cash for actually sneaking by enemies instead of sneaking only to sneak attack like I do in Bethesda games.

I dunno if an MMO is something I'd really enjoy since I feel MMO'd out but at least the franchise is still kicking.

On my fifth play through of Bloodlines at the moment. The setting has me hooked by the brain strings. :3 Very interested in this MMO, and it'll be certainly interesting to see how CCP handles a non-sci-fi mmo after EVE.

I kind of get the feeling they're going for a sandbox type of game, as in 'here's a world filled with vampires and a ton of other nasty things of the night, now, go wild.'

A little surprising, considering the stuff that seems to be going on with EVE at the minute. You'd think they'd try focusing on that a little more.

Hoping for positives out of this. The fact that it's based on the old WoD rather than the... divisive... new one is one of those positives for me. Might be time to dust off some of my old character sheets and start reinventing them. (Except for the Salubri, I know there's no chance they'll ever be playable and I have to say I don't think they ever should.)

Woodsey said:
A little surprising, considering the stuff that seems to be going on with EVE at the minute. You'd think they'd try focusing on that a little more.
Click to expand...

They've been developing the VTM MMO for a couple of years now and probably with a different development team than the main EVE team (which is presumably much larger). Shifting resources over to EVE from VTM doesn't make sense, since they would lose momentum on VTM and since the benefit to EVE would be relatively minor.
E

I might play it, though Vampire was always kind of boring to me. I preferred Mage and Changeling.

And Exalted. Oh God, make an Exalted MMO and I will devote the rest of my life to it and never be heard from again.

Bout damn time they revealed something new...tracking this game has been an uneventful endeavour.

It sounds like a good game though. Interesting, if nothing else, and I like that it's focussing on freedom and world-building above all else. Bit of a shame that it's only focussing on Vampire: The Masquerade though...very narrow scope considering how deep the world gets.

Side note: Bloodlines got me into the PnP line years ago (well, nWoD, but close enough). I've run a successful Geist: The Sin-Eaters campaign for over a year now...it does sadden me somewhat that there's basically no chance of seeing the line brought into the MMO.

Woodsey said:
A little surprising, considering the stuff that seems to be going on with EVE at the minute. You'd think they'd try focusing on that a little more.
Click to expand...

They've been developing the VTM MMO for a couple of years now and probably with a different development team than the main EVE team (which is presumably much larger). Shifting resources over to EVE from VTM doesn't make sense, since they would lose momentum on VTM and since the benefit to EVE would be relatively minor.
Click to expand...

Ah, I thought this was just a "we are going to do this," not already a work in progress. 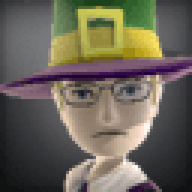 I've been looking forward to the release of this MMO since CCP first merged with White Wolf. Glad to hear anything about it since last year's Grand Masquerade.

I've been eagerly awaiting this game since I first heard about it back in 2008.

About time we got some new info, but I reckon it's still a few years from being finished.
I can't wait.

EDIT:
So you can play as mortal, not only kindred.
Interesting.

One world server without instancing sounds very nice too. 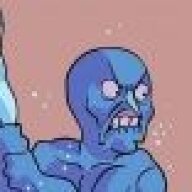 LawlessSquirrel said:
Bit of a shame that it's only focussing on Vampire: The Masquerade though...very narrow scope considering how deep the world gets.
Click to expand...

Well if they focus on one part it should get the attention it deserves (Better be the Tremere in there somewhere) and also I guess they can add the extra stuff as an update later on.

Bottom line: I WANT THE GAME NOW. In fact I will most likely fail all my exams if this comes out before they finish as I will not be doing anything other than playing this(well thats if its the game that my mind thinks it will be).

Final line: I'm only worried about the griefers if there's a vampire hunter update (thus making them playable) which would allow somewhere for all the griefers to go and gank the vamps. 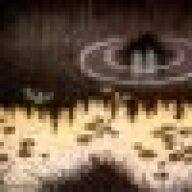 Yes! Vampire: The Masquerade - Bloodlines is one of my favorite games ever. I have been wishing for another game set in that setting ever since i completed it so this is great news!
T

Long as they don't sparkle, consider me intrigued.

While I admit I've never played Bloodlines or Redemption I admit this kinda has me interested.

For all it's complexity and flaws EVE Online is a good game if you can handle it, and I trust CCP will do an equally good job here.