//cdn.themis-media.com/media/global/images/library/deriv/1393/1393310.jpgCD Projekt says that it might make another game in the world of The Witcher, but "a trilogy can't have a fourth part."

Yesterday, CD Projekt held its yearly financial meeting, where the news came out that The Witcher games have sold over 25 million copies []. At that same meeting, once all the announcements were done, the company held a brief Q&A session. As you can imagine, the topic of another Witcher game come up.

In response, CDP President Adam Kicinski said, "The Witcher was designed as a trilogy and a trilogy can not have the fourth part, can it?" That seems to put an end to the idea that we'll see another game starring Geralt of Rivia. However, he didn't completely slam the door on revisiting the world.

"We like this world a lot," Kicinski said. "We invested 15 years of our lives in it and a lot of money. So we'll think about [it]." So while there may not be much of a chance of playing as Geralt, it is possible that we'll see another game in the same setting. It could be a game where we get to play as Triss or Yennifer, and see where they came from and what their stories are like. The continued adventures of Ciri would also be a possibility. It could also be a new story set in the universe, much like Bioware did with Mass Effect: Andromeda.

Whatever CD Projekt decides to do, you can rest assured that if it involves The Witcher, people will be willing to give it a look. You can see the exchange mentioned above in the video below, at around the 41:50 mark.

I wouldn't be upset by this in the slightest.

I would still want it to be about a witcher. I'd love a prequel set before Geralt was born and you get to pick to be a witcher from one of the other schools and explore the world during a time where witchers were more common. As awesome as The Witcher trilogy is, ultimately it's a continuation of the books rather than a fully original take on the setting and story. That's why I'd like to see a prequel.
9

I love CDPR. They have the wisdom to let a franchise die while it's in its prime. If they do another game in the Witcher universe, I'd really like it to be about characters and locations we haven't seen yet. Maybe the early days following the conjunction of the spheres.

If we must revisit known characters, then Ciri would be a good choice.

The world isn't ready for that.

I'm kinda sick of the cast of the trilogy, so I say kick 'em out. Let me make my own Witcher, let me choose my school, and just give me a big old world to monster hunt in.

Elfgore said:
I'm kinda sick of the cast of the trilogy, so I say kick 'em out. Let me make my own Witcher, let me choose my school, and just give me a big old world to monster hunt in.
Click to expand...

That would be pretty cool, one where you make your own character. They wouldn't even have to be a witcher, they could proob come up with something.

id love to explore the world with other custom characters.. another witcher, a merc, bounter hunter

the only problem with predefined characters is you may end up with a total twat that turns off some people.. ala geralt, and having my own allows it to become more immersive

A game set in that world where you can actually make your own character would be amazing. Letting us delve into the fighting styles of many of the human enemies we've seen, like heavy armor and a shield, bows, true magic and so on. 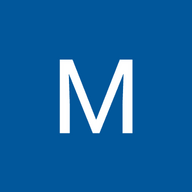 I'd like to see Ciri travelling to the world of the Aen Elle.

A whole new world for us to explore through Ciri's eyes would definitely be worth playing.
B

Maybe Ciri's adventures across the multiverse? If they tightened up the combat a bit, it could work.

Ive got it folks, you can lock the thread after this:

One on one fighting game in the style of mortal kombat!

Thank you, the pleasure is all mine.

bjj hero said:
Ive got it folks, you can lock the thread after this:

One on one fighting game in the style of mortal kombat!

Thank you, the pleasure is all mine.
Click to expand...

What a waste of an amazing game world that would be. The Witcher series is all about the lore, fighting games don't care about lore and are all about the mechanics.

Adam Jensen said:
a prequel set before Geralt was born and you get to pick to be a witcher from one of the other schools and explore the world during a time where witchers were more common.
Click to expand...

I happen to know of at least two trilogies consisting of five books.