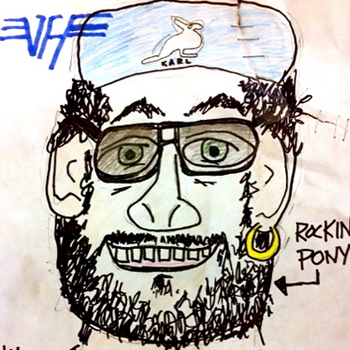 With everyone in the cable animation business bracing to find out what the impending first time ever arrival of [I]The Simpsons[/I] as a regula...eed-comedy-central-822584/] [B]Permalink[/B]

Alright, after this and the Hadfield based tv show, they will officially make a show out of anything these days..... does that mean a Polandball tv show is on the way? Because I'd be all over that.

I don't see how this show could possibly be good. Sorry, but I just don't.

We know how well the last attempt to turn a twitter feed into a tv show went, don't we?

MovieBob said:
In 2010, CBS made headlines by developing a similar project based on $#*! My Dad Says [http://en.wikipedia.org/wiki/$h*!_My_Dad_Says] as a vehicle for William Shatner. The resulting series was widely panned, and canceled after 13 episodes.
Click to expand...

Ah, yes. That thing. An intelligent person would have surmised that network television is not a good outlet for a series whose very title cannot be legally said on the air. But such a person also would not be working at CBS. :smugface:

This, on the other hand, could potentially work. Assuming they won't end up being bound by the same restriction (you can definitely say "boner" on Comedy Central, but magazines and TV listings might be reluctant to print it), this is at least already a fictional character created by an actual professional comedian.