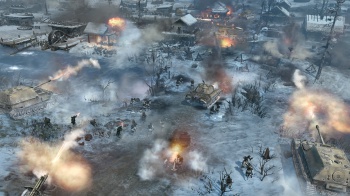 Anxiously awaiting Company of Heroes 2? Maybe playing the game prior to release might help the interminable waiting.

From now until June 18, prospective heroes of the Eastern Front are being granted the opportunity to play the multiplayer component of Relic's upcoming real-time strategy title Company of Heroes 2. As per standard operating procedure with this sort of thing, the beta test is free of charge to anyone who can run the game.

As you might expect, this beta isn't a comprehensive look at the game, so much as it's an effort by the developer to test the game's systems in an open, nearly-public venue. That said, the content found in the beta test is pretty comprehensive. According to PC Gamer, the test offers players six maps plucked from the game's competitive and cooperative multiplayer game modes. This allows players to explore the first 45 levels of the game's progression system, as well as the title's "Intel Bulletins," which are minor buffs that grant units a special bonus against certain other units.

Most impressively, those of you who enjoy the beta will find your progress carries over into the retail version of the game, assuming you purchase Company of Heroes 2 within two months of its June 25 launch date.

Any caveats? Yes. One. Despite this test launching today, there is currently no official word on how/where you should sign up for the event. We'd suggest keeping an eye on the official Company of Heroes website [http://community.companyofheroes.com/forums/community-news-feed/topics/Letter-from-the-Producer-6-Open-Beta] for more information. 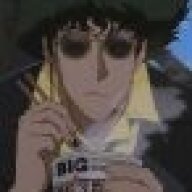 CoH2 has appeared in my steam library, 14days left, downloading atm, most likely that's the way to get into the beta will see when download finishes

RyuZ28 said:
CoH2 has appeared in my steam library, 14days left, downloading atm, most likely that's the way to get into the beta will see when download finishes
Click to expand...

I've still got the CoH2 Beta stress test in my library that I got a key for through their FB giveaway.

Wondering if I have to re-download it all or not :/


EDIT: Ah never mind, it's a completely different game, has to be downloaded. If anyone can't see it, log out of steam then back in. Will pop up in the Library.