I suppose I *could* customise a soldier to look like a detective who looks a little bit like aging Axl Rose.

Ghost Recon (1st one) and Binding of Isaac.

Well, you can become ghost in Isaac. Other than that...

One's the best tactical shooter ever made, the second one is a top down, zelda style rogue like featuring a naked kid.

Also, You run in some caves in both games, and you can plant bombs.

Well, can't really find any points of similarity and- OMG Steam punk XCOM would be sooo cool! Quick. someone make that!

They're both really good, but that's about all they have in common... 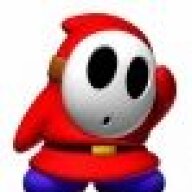 Super Smash Brothers Brawl and Playstation All-Stars Battle Royale. Yeah, pretty much the same thing except you can't kill your opponent in All-stars without a special attack, plus the online for All-Stars isn't to terrible.

Majora's Mask on the Gamecube "collectors edition". The game is prone to immense lag if it thinks there is too much going on (lag which I do not remember on the N64 version...) and will often pack up and freeze, making everything you've done redundant since you last played the song of time. Why do the Owl statues not make permanent saves Nintendo? I had to play through Stone Tower THREE TIMES (including getting stone mask, Gibdo mask, Mirror shield and Elegy of emptiness)! And you want me to play it through a fourth, because when I did it all without losing all my data, I made the decision of going to fight the final boss(es)... in which it also crashed.

So now I am playing Spore for the first time. Had a bit of trouble figuring out how to start the thing as EA's classic edition will install without leaving a desktop shortcut. or in the start menu. The game doesn't really know what to do with itself. Each creature phase is fun but very limited. You'd be better off playing a fuller version of the game genre's its imitating.
And isn't it weird when I've shaped my creature to look like a dragon in the creature phase for it to be running around building car's and houses in 40 minutes time -_-

(If only I'd decided to play Cargo! The Quest for Gravity again instead of FM2012)

Anywho, they both do involve a whole lot of menus.

Black Ops 2 and Hitman Absolution. One is a fairly mindless FPS, but a lote of fun online, and actually has a decent stroy. The other is... MEh. It doesn't feel like a Hitman game. It's kind of a bland third person shooter, except you're discouraged from actually shooting. IT feels more like Splinter Cell Conviction than Hitman.

Infamous and Infamous 2 (I felt about time to replay them)

Well the second has tighter controls and more interesting combat but the first one has a better plot.

I think I ruined this thread.

They both have storylines you won't get invested in....
I'd recommend Diablo 3 to just about anyone, I wouldn't even recommend Resident Evil 6 to my enemies.

Terrarria and Giana Sisters: Twisted Dreams. One is tedious and confusing. The other is exciting and fairly simple. Guess I am bipolar that way.

I need to play some FPS.

I got both on steam while they were 75% off... Yeah that's all I got. They're about as Apples and Oranges as you can get.

Well, both couldn't be any more different

I suppose both have awesome wolves in them.

Okami has Ammy of course, and Dark Souls has Sif, the Great Grey Wolf. The only thing they got in common is they both got a goal to achive (Guild Wars 2 is to defeat the elder dragon Zhaitan and in Pokemon Black 2 is to become the Pokemon Champion), you travel from places to places and I guess certain managements to it (Guild Wars 2 you have to manage your loots and weapons etc while in Pokemon Black 2 is picking and stengthen your team).
Other than that they are competely different to each other.

Pokemon Conquest and Oblivion. One's a fairly recent turn-based strategy game set in fantasy feudal Japan and featuring everyone's favourite multi-coloured elemental monsters and the other's an old first-person fantasy RPG. Pretty different, and probably a good indication of just how different two games of the same genres - RPG - can be. Also, both are massive timesinks - I've spent like, 60 hours on this installation of Oblivion, and into the 70s on Pokemon Conquest.

Both are about humans vs aliens where the humans are limited to generic soldiers with various weapons and equipment and the aliens have a range of vastly different species to play as. Both have strategy elements, XCOM to a much greater extent and focus on teamwork between individual units rather than just a single unit going rambo against countless enemies.

Big difference is that one is a turn based strategy management kind of thing and the other is a first person shooter. In XCOM the player controls many units at once and in Natural Selection 2 each player only controls a single unit, the commander cannot control these player units at all, just give them directions. Also Natural Selection 2 is very difficult to get into and unfriendly towards new players, while XCOM is very easy to get to terms with.

Mass Effect 1 and Mass Effect 2. One has a...dare I say fun, strategic, combat system and the other...
I freaking love Mass Effect 1 and 2 but ffffff....Insanity sure highlights the seconds games faults when it comes to gameplay. Never have I hated regenerating health like I do now. Mass Effect 1 I had some pretty sturdy shields and could heal myself at any time. This game...I have to pop up get shot 3 times then cower behind a box for 4 seconds just to get my shields back up (only to have them chipped away) because my health sure as hell isn?t worth a thing....God damn it Gears Of War. 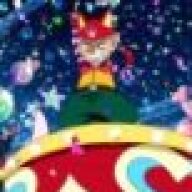 They're pretty similar when you get down to the nitty gritty. One is in first person and the other is more isometric? They both have an ungodly amount of item drops.

In just finished The Walking Dead, and before that it was Assassin's Creed 3. Kind of like comparing apples and... ... radiators.
Well, AC3 certainly offered more variety in terms of gameplay and had better graphics, but it was an unfocussed and glitchy mess, whereas WD was pleasingly stable and coherent. The core similarity between both games is the importance of the story aspect... the one regard in which they differ significantly here is that WD got this part right, while AC3's writers must have gotten distracted by cheeky ferrets and internet porn.
Funny how the vastly better game costs about half of what the bad one does.

I played a bunch of Dishonored yesterday and I also played some Magic: The Gathering with my nephew last night.