​
Art, videogames and sneakers collide in the Converse Canvas Experiment.

Shoe manufacturer Converse has created an unusual - and probably unique - way to play retro arcade games: on a screen made entirely of shoes. As part of its "Canvas Experiment," Converse swapped the pixels for sneakers, and hooked the entire thing up to a laptop running Space Invaders.

The screen is four meters high and five meters wide. It's made of 480 Converse Chuck Taylor All Stars, which are red on one side, and blue on the other, and are rigged to rotate to form a monochrome image. As you can see in the video, it's not a full game of Space Invaders as the screen doesn't have sufficient resolution, but it's still got all the hallmarks of the Atari class. The screen is perhaps not ideally suited to playing videogames - shoes tend not have the highest refresh rate in the world - but it's fun to watch all the same.

The screen - well, screens, as there are actually two of them - is currently on display. Unfortunately, and indeed, rather bizarrely for such an American product, you have to be in either Berlin or Paris to see them. You're going to have to be quick too, as the exhibits close on May 15th.

that was still pretty cool.

You think marketing executives have too much time on their hands?

I'd actually be interested in seeing a larger scale version of this with 3 color options. Setting it up to run a simple game would be cool.
G

Too bad you need to sell your soul and one of your kidneys to own a decent pair.

Clearly they are a foot ahead of the competition with this... 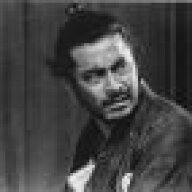 For some reason I am DYING to play that. Too hip to be true. In this day and age of HD resolution giant monitors, I want to play a monochromatic game on shoes. It just seems avant garde. That would be awesome in a night club.
B

GoddyofAus said:
Too bad you need to sell your soul and one of your kidneys to own a decent pair.
Click to expand...

really I mean I bought my current pair about 1-2 years ago but they only cost like $27 US. now I just want converses that are blue on one side and red on the other, although my friend would not like this because it would just look grey to him. He is color blind....and a ginger. 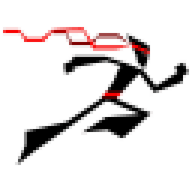 This sounds like a The Day Today headline. Anyone else think that?

"Converse Plays Space Invaders on TV Made of Shoes"