XIII is a cell-shaded FPS with a pretty heavy comic book influence. Meaning there are multiple times during gameplay where, when you kill a far-off enemy or a final enemy in a group, you'll see a comic panel on the side of the screen showing that person's demise. The game features a lot of cool gadgets, weapon variety and open-ended level design. It was on the Xbox, PS2 and Gamecube so...uh...I think you requested the generations before and after that gen...Still, if you can find XIII definitely grab it. 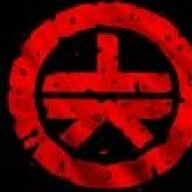 Ye gods did I enjoy Frontline.

OT: Goldeneye: Rogue Agent. Even I railed the hell out of that game, but in hindsight, I have nothing but fond memories of that bonkers missed opportunity. Sure, they took the glorious idea of playing a bond villain and made him a... cyber-psychic... thing? What? But! It was just so damn much fun! 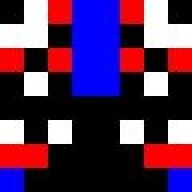 Full Metal Bolshevik said:
I don't know about Underfire, but Nightfire was great, one of my favorite console games of the 6th generation.
Click to expand...

You may be interested to know there are two Nightfire games. Three if you count the GBA FPS game. The PC game is by Gearbox. It's arguably quite inferior to Eurocom's game -- the FPS mechanics are far worse, for example, but it does have some interesting ideas.

How in the world can a game that includes both slow mo mechanics and high-speed street luge in combat, as well as gigantic boss fights, miss the radar of so many people?

I bought this game expecting it to be bad or ridiculously short; neither of which was the case. Sure the story is not great, and it ends with a pointless cliffhanger, but everything else about this game is awesome.

A must play for anyone who likes slow mo mechanics, street luge, or giant boss fights.

I feel the need to point out that is a TPS, not an FPS.

I feel the need to point out that is a TPS, not an FPS.
Click to expand...

Still, for an TPS, it's top notch and definitely worth a play through. 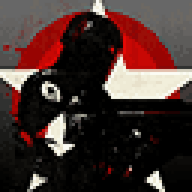 I really enjoy the first Battlefield: Bad Company, mainly for the single player story. Has a nice action-adventure romp feel to it and has more room for exploration. The gameplay is a little odd but I do like ramming a military checkpoint in a golf cart. Shame about the sequel not having any of the humor or feel of the first, though the gameplay was probably better, I'll admit.

I'd also like to add to the number of people praising The World is Not Enough, had a ton of fun with that game as a kid. One of the first FPS' I played with multiple firing modes for the guns.

Another one from the N64 days was Armorines: Project S.W.A.R.M. though I do admit I haven't played it in well over a decade so it might not be as good as I remember. Plus, it was made by Acclaim, so it has that going against it as well.

Vietcong seconded and try out Duke Nukem Forever. Regarding DNF - just pretend it's a 1999 released title with 2005-2008 graphics. Duke doesn't work well in this age but i really liked the weapons, most of the levels and the ideas. While it's not the second comming of Christ i had way more fun with it than the whole boring modern warfare games. 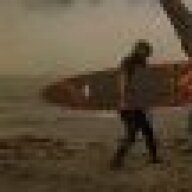 Ah, nice to see that a few people here actually know of Vietcong. By the way, me and a few friends have been playing it on our LAN-parties for a while and recently (since it's working again on Win8.1) finished the campaign for a second time after so many years. The AI may be a bit weak, but I still greatly enjoyed it.

Back then i thougt vietnam themed fps are the next big thing after WW2 i really would have liked to see more of those. Yeah, i also have fond memories of the mp. At the time i played either this game or Soldier of Fortune2's mp.

Elite Force, I can't remember why it was so good but considering I don't generally like shooters it must have been because it's not a regular shooter.
B

Prey. A very weird game at times, but also quite innovative with vehicle sections, portals, warped gravity and so on. The random arcade machines scattered throughout levels is a nice touch.

Duke Nukem Forever. The gaming press gleefully tore into this at launch, and I was expecting it to be completely unplayable - and actually I think my expectations were set so low that I couldn't help but be pleasantly surprised a lot of the time. The sheer linearity of the whole thing is disappointing but it's worth playing through once just for the spectacle, and the incredibly meta head-scratching marvel that this decade-spanning behemoth ever escaped from development Hell.

Homefront. Yet another "Surprisingly un-shit" game, I was expecting a brainless CoD clone but the actual game is a solid offering in its own right rather than being an inferior imitation. The story is campy near-future grimdark militarism and some of the set pieces and world building are genuinely quite poignant. Then again, there are some very schlocky moments and the whole thing plays a bit like a Tom Clancey novel with the dialogue cut out and just the action sequences shown... and for a starving, ragtag bunch of freedom fighters, the protagonist and co seem a hell of a lot better armed and organised than the North Korean occupiers for the most part. Ho hum.

Serious Sam 3. First and Second encounter were phenomenal (although they haven't aged well, as I recently found out), the sequel was an abomination best forgotten about, and Sam 3 is a weird one. Some very odd decisions went into the design of this game, including the decision to ramp up the action so excrutiatingly slowly that for the first two thirds of the game it feels like a poor fan-made Second Encounter mod. When the action FINALLY arrives it comes close to being half the adrenaline rush First/Second encounter were. Overall a poor game but Sam fans should play it, if just in the hopes that the series will return to its roots in future installments.

I feel the need to point out that is a TPS, not an FPS.
Click to expand...

Making that distinction only serves to limit shooters. Genres are defined by the gameplay, not by the camera. Would you make separate topics for third and first person RPGs and horror games? Probably not. I rarely find topics about third person shooters, so I don't see the point in excluding them from discussions. I think third person games have a lot of advantages over first person games and they should be compared.
Click to expand...

Compare action-horror FPS Dying Light to action-horror TPS Resident Evil 6. Both games are similar. Lots of running, melee slamming, fast zombies, exploding zombies, human enemies with guns, etc. But the gymnastic brawling and acrobatic shooting game mechanics in RE6 simply wouldn't work in an FPS like Dying Light, which focuses instead on "immersive" FPS free running. Both are excellent games, in my view, but a great many things flow from the differences between FPS and TPS camera.

007 Nightfire
-easily one of my favourite games of all time. The weapons and levels were some of the best I've ever seen in a multiplayer game. To this day, Skyrail is my favourite shooter map. Heck, even the campaign perfectly captured the cheesy and over the top nature of the James Bond films from that time. You even go full Moonraker at the end! With it's perfect amount of run and gun, stealthy sloothing, and crazy driving, I really felt like I was playing a game that could have been a 007 movie.

How could i forgot Wolfenstein? Play it asap - both 'the old blood" and "the new order". They are awesome i really like them both. Start with old blood and it will get better and better when you continue with new order. Oldschool fps with optional stealth, dual wielding, gore, a few 1992 classic levels, crazy nazi sience and shooting nazis. Good graphics and presentation included, jawohl mein Herr.
9

I know it's got a bit of cred, but it deserves more. Bioshock 1. Wow does it do a lot right. The gameplay is fun, inventive, natural and smart. The story is bloody brilliant, the morality is actually based on things that will have a pretty damn significant effect on the gameplay, and fits naturally within the game, it can be a really fun challange, and there's tons of different ways to go about facing the problems the game throws at you. Even going back and playing it today, it still 100% beats the pants off "AAA" games made today.

AnthrSolidSnake said:
I'm currently looking for others, not necessarily just on the PS2, but on:

Basically, I'm looking to expand my library by seeing what you guys think is under-rated or overlooked and should be played. Don't worry about whether or not I've played it before, because I'd also like to discuss games I agree about.
Click to expand...

You got me all excited to talk about my two favourite FPS titles that are criminally underrated/unnoticed but then you've restricted me to certain systems. Well I'll tell you what...

1. Go out, spend ten dollars and buy an Xbox.
2. Play Breakdown and Chronicles of Riddick: Escape from Butcher Bay
3. Come back and thank me


PS
Do people not know what FPS is???
I've seen Max Payne, WET, and Vanquish all recommended... all are third person.

Singularity is a pretty fun shooter that I feel didn't get a lot of attention. Time Shift while it was rated poorly, I feel had pretty fun gameplay involving time manipulation. But maybe its just me.
Show hidden low quality content
You must log in or register to reply here.
Share:
Facebook Twitter Reddit Pinterest Tumblr WhatsApp Email Link
Top Bottom