Two friends and devoted Valve fans are attempting to raise $150,000 to show the developer just how much the community wants Half-Life 3.

Do you want to play Half-Life 3? Well, you're not alone. The long-awaited sequel is IndieGoGo crowd-funding campaign [http://www.escapistmagazine.com/news/view/128384-Half-Life-3-Development-Confirmed-By-Project-Tool-Error] to "show Valve that the Half-Life community is strong" and "get Valve to finish the game we've dreamed about for all these years."

"It's been almost an entire decade since the last version of Half-Life," Mazzei states in the IndieGoGo video, a fact fans of the series know all too well. So how does the pair hope to speed things along at a company known for taking its time [https://developer.valvesoftware.com/wiki/Valve_Time]? By raising money for advertisements, mobile billboards, and "a bunch of Gabe Newells besieging Valve's doorstep wearing 'We Want HL3' t-shirts." The army of Gabe impersonators doesn't come cheap, at the $45,000 tier, but even that's pocket change compared to the $150,000 "most epic concert ever." With 31 days to go, the campaign has raised just over $630 as of this writing.

Half-Life was originally released in 1998; Half-Life 2 followed in 2004, with expansions Episode 1 in 2006 and Episode 2 in 2007. Since then, fans have been enough [http://www.escapistmagazine.com/news/view/79914-Doug-Lombardi-Confirms-Half-Life-3] about their desire for the continuation of the Half-Life series. According to Valve Time, we should get some news on Half-Life 3 any day... week... or year now; as Valve's Doug Lombardi said in 2007, hang on to your crowbars.

I'm pretty sure Valve are aware that the internet wants Half Life 3 gents. I just don't think Valve knows what to do with it now that it's been that long.

And I certainly wouldn't waste $150k on trying to tell Valve, anyway.

Im pretty sure knowing how much people apparently want HL3 is why it doesnt exist.

Its been long enough that no matter what comes out, it wont be good enough for the internet.

If nobody tells the crowd "Alright, alright, Gabe has left the building." I will be upset.

This sounds like a colossal waste of money. Whats the goal, to let Valve know that people want HL3? I'm pretty sure they already know that.
E

I kinda want this to work, so then the game is released and because everyone's expectations are so damn high people are annoyed at it, and rather than blaming Valve, they blame these assclowns. That'd be nice. 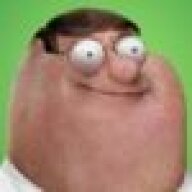 Elijin said:
Im pretty sure knowing how much people apparently want HL3 is why it doesnt exist.

Its been long enough that no matter what comes out, it wont be good enough for the internet.
Click to expand...

At this point, I have no hype for the game. When it finally comes out, I don't plan on judging it based on how long it took to get released; I'll just judge it for what it is. I'm not expecting it to be "worth the wait" but I do expect it to be worth playing. I just want the series to end on a positive note...
...instead of Alyx crying over her dads corpse.
(^ I don't know if this is a spoiler at this point, but whatever.)

Sorry, I've never heard of this game series. I guess that's why people need to sink $150,000+ into this campaign; to let people like myself who became frozen in 1997 on a North Pole expedition and I've only just now been found and awakened and given this computer to play with.

People can do whatever they want with their money but I can't help but question....well.....everything about this. What an absolute waste of time and money. 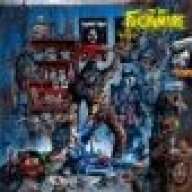 There is two options

1. the game never comes out or 2. it comes out when its good and ready.

Silly boys, trying to force Valve to finishing Half Life 3 sooner will stop them from caring about making the game as it wont be a labour of love, it will be just something they are told to make.

I bet there is countless games they haven't played yet that would be worth their time to tie them over.

Honestly who cares at this point. Sure at the time HL2 did some things no other game did but it wasn't all that great and it hasn't aged well. Just let it die. Lets move on with our lives. Valve has. So should you.
V

Well, it would be a fun thing at least, that campaign. Whether or not it actually gets any result HF3-wise.

Let me state the obvious. These guys are idiots.

(re-post of a post I made on Steam for similar)
how about this. when if HL3 comes out it will suffer from one of 2 major issues that have been seen already.

the first I call Duke Nukem Forever development when a game is in development for to long the developer does not want to remove a feature, section that has been worked on/"completed" so they leave it meaning that the end result either doesn't work in terms of pacing, story-telling, or overall gameplay.

the second I call Star Wars Prequel syndrome this is where a thing has been wanted/anticipated for so long that there is no way it could ever live up to expectations, or desires for the thing.

realistically the only way they could ever get away with releasing HL3, or even HL2:ep3 is to just anounce it 1 week(or day) before the release, release it(trying to bury it on page3 of searches), and then spend the next 2 years just trying to recover from the vitriol, and vial from all the people who have been wanting it all this time.
F

could you... not? Everyone knows how much we want half life 3, they are waiting until the have something, big and knew that they can build an engine on, they want it to be just like halflife 2, were it is the spawning point of a series of other games using the same engine.

Alright, I know the game is 7 years behind scheduled (though it will probably also be a full game instead of an "episode") but come on, it was cute and funny when the potato salad guy was a smash hit, but this is neither of those things.

I don't get it. Egging on the developer like this will not get the game out the door. In fact, valve may just "cancel" HL3 if they go through with this. Although I have to say, this is still a better idea than the live action minecraft movie.

Adam Jensen said:
Let me state the obvious. These guys are idiots.
Click to expand...

Uh, why? They just basically want the community to fund some fun work for themselves. I doubt they really believe it will change what valve does.

Honestly, as pointless as this little endeavor may be[footnote]Though, if it manages to convince Valve to release any info on the game I'll consider it worth the time, money, and effort.[/footnote], I'm willing to toss a few bucks towards the cause. If only to see an army of Newell impersonators descend onto Valve HQ like a tsunami. A tsunami of beards and glasses.
Show hidden low quality content
You must log in or register to reply here.
Share:
Facebook Twitter Reddit Pinterest Tumblr WhatsApp Email Link
Top Bottom