"I want to be extremely transparent with everything I'm doing in Gaimoria, while trying to spare spoilers."


Former AAA video game artist Isaiah Sherman has opened crowdfunding [https://www.patreon.com/gaimoria?ty=h] for a new game, Gaimoria, which is described as drawing influence from The Legend of Zelda, Secret of Mana, and Pokemon. The game will pull elements like a large world, unique creatures, and character development, and implement real-time combat. However, the venture also includes more for anyone who is willing to contribute. Sherman's goal with the project is to take it to a level he says he has not seen with indie game development - "something more educational."

"The whole idea of game development is still a mystery to the average gamer. Some think it's easy and you can churn out amazing games with ease, other understand this isn't the truth and would like to learn about it," Sherman said. "My reward system I currently have in place focuses on giving out Photoshop PSD files, streaming, tutorials, and even developer build releases. I want to be extremely transparent with everything I'm doing in Gaimoria, while trying to spare spoilers."

"The idea behind a developer build release is terrifying," he continued. "The general gaming public is used to highly polished demos that are indicative of the final product. I want to take a risk here and allow people to load early developer builds directly into Unity so that they can watch our progress from the very beginning through the eyes of a developer. I'm totally fine releasing builds that have next to no gameplay too, so long as people that load these builds understand they are not your typical demo."

Sherman and his team also made a risky decision with the crowdfunding itself - they are using Patreon instead of going the more common Kickstarter route. According to Sherman, this is the best way to implement the educational tools they want as a part of the game, as well as a way to offer "more of a safety net" than one-and-done crowdfunding sites.

"The way Patreon works at its core lends itself to more of a safety net than Kickstarter, in my eyes. Patreon pages do not "fail" like Kickstarters can. Even if we don't hit our donation goals, Gaimoria will never cease in development. Everyone working on the project already has jobs. I still do freelance concept art for AAA studios, most notably on Lawbreakers from Boss Key. It's how I pay the bills now. The point of the Patreon is to generate enough funding that I won't have to do contract concept art any more and I can focus full-time on Gaimoria. Right now my time on contract work and Gaimoria are kind of split 70/30."

As of the time of this posting, 33 patrons have pledged $498 per month to the project [https://www.patreon.com/gaimoria?ty=h]. 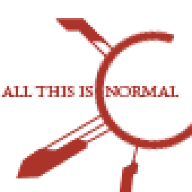 That project is going to take so utterly long with that staff and pipeline, I can't begin to understand why put money towards it at this stage.

I love the listed games that got them inspired, but every time some indie dev said they got inspired by LoZ, the result was shit.

So I don't have absolutely any hope for the game. But I like that idea of sharing developer builds with the crowd. I might keep an eye on this.

Well this will be interesting. The openness is a nice touch though, especially the tutorials. Who knows, maybe they'll pick up a few more developers by doing that.

Crap. I want more emphasis on the Pokemon aspect, as in you enter turn-based battles with other monster collectors. I won't be supporting him as I'm not interested in the game, but I hope he finds success. I want more funding options to be available for indies and Patreon hasn't really been used yet.

Pok?mon huh? So, monster collecting? Never say Pok?mon if you don't mean that. Isnt clear if this game is that or not. 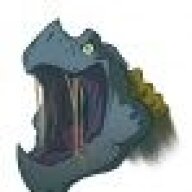 Thank you for posting about us Liz!

I actually appreciate peoples' skepticism with the project and crowdfunding. I am often in the same position when I see projects and what they promise.

This is actually why we want to use Patreon instead of Kickstarter.

The purpose of us asking for small, $1-$3 donations is so that we can focus on making content to learn from as we make the game, and even ask questions on how we do things while doing the livestream.


If you guys have questions I'd be happy to do my best to answer them.