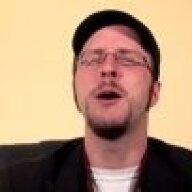 
SycoMantis91 said:
I'll tell you what TimeSplitters 4 has more interest than... CRYSIS 3
Click to expand...

Agreed. Cortez > Prophet, or whatever his name was in the second one.
Click to expand...

I don't even know. Who cares enough to remember? I'm much more interested in a game than a graphical dick-waving contest.

Grey Carter said:
getting your attention
Click to expand...

this facebook page has gotten some recognition from crytek and currently stands at just over 29,000 likes.

according to one source;

Former Free Radical member Graeme Norgate, the composer on previous TimeSplitter games, says he'll contribute a victory theme song to the campaign if it reaches its goal of 100,000 fans. A senior Crytek artist also says he'll contribute a character design for TimeSplitters if they can get more than 1,000 likes on the Facebook page.
Click to expand...

so i guess we have a concept sketch at least.


http://www.cinemablend.com/games/TimeSplitters-4-Possible-Facebook-Page-Reaches-100-000-Fans-43666.html
n4g.com/user/useractionredirect/1?relId=6631737&relId2=0
http://www.videogamer.com/news/timesplitters_4_facebook_campaign_moving_slowly.html
so help out the cause ladies and gentlemen or it may never be time to split ever again.

It saddens me that this gets a news story, but the formation of the one group that can save Timesplitters didn't. Right- to business:

If Crytek remember these four things, Timesplitters 4 will be the best thing since sliced bread set itself on fire and performed an electric guitar solo whilst riding a T-Rex
Click to expand...

Nihilism_Is_Bliss said:
DON'T YOU DARE DO THIS TO ME YOU ASSHOLE!
Do you know how much, and for how long I've hoped and dreamed that Timesplitters 4 would be released? DO YOU?
Click to expand...

Matthew94 said:
TS wasn't famed for it's graphics and it still has plenty of fans. Do a kickstarter now and watch the money roll in.
Click to expand...

Swyftstar said:
You don't have to make it a "AAA" (read, incredibly expensive to make) title. Hell Timesplitters was never about the graphics anyway.
Click to expand...

odBilal said:
they bought the development team which made Timesplitters (now Crytek UK) I dont think we have to be worried.
Click to expand...

Parivir said:
if this is a proper timesplitters game then I'll definitly pick it up.
Click to expand...

Klumpfot said:
My brain just stopped at "TimeSplitters 4".
I'm not sure I even remember what my name is anymore. Cortez? No...
Click to expand...

Hap2 said:
Interesting if the rumour turns out to be true though.
Click to expand...

thenumberthirteen said:
I'm worried. What if it's awful? What if they decide to "update it for modern audiences", and it loses all the charm and fun of the originals?
Click to expand...

Suicidejim said:
Most fun FPS I have ever played, to be honest
Click to expand...

BlueSinbad said:
A fourth installment would pretty much be the "second coming" for me.
Click to expand...

toomuchnothing said:
God do I have good memories playing the Timesplitter games both single player as well as the challenges and multiplayer.
Click to expand...

Kungfu_Teddybear said:
My opinion of the Timesplitters series eh? It's the best FPS series ever created! Ever. Of all time. When/if they make Timesplitters 4 with online, my life will be complete and all other online FPS games will be dead to me.

I just hope to God it doesn't have regenerating health and ADS.
Click to expand...

Distorted Stu said:
seriously anyone who knows me or reads me comments knows i FUCKING LOVE TIMESPLITTERS
Click to expand...

I have gathered you all here because at one stage or another, you have praised the Timesplitters series, either once, or repeatedly. At this moment, Timesplitters' greatest ever chance of meeting a succesful revival hangs in the balance. Under the supervision of Crytek and Cevat Yerli himself, a group has sprung up to gauge the potential userbase of a fourth Timesplitters game, made by Crytek UK.

This is our greatest chance ever to have Timesplitters 4 recognised as a good idea. We must band together, swell our ranks, and bring back a beloved oasis of originality in a sea of First Person Mediocrity!

It is well and truly time... to Split.


Palademon said:
WE DEMAND IT.
There's probably enough dedicated fans to make them break even.
I will buy an HD collection. I will buy the collector's edition.
I will buy ACTION FIGURES.

I JUST WANT IT.

You can sound perfectly imrpessive if you go "From the creators of Goldeneye (the first one that was awesome), powered by the technology behind Crysis".

We need this to show the industry unserious shooters can be good. Duke Nukem failed. You have to succeed.
My only worry is about the mentioned difference. Even if it is a retail release, it would be different because of the time passed and the fact not all of Free Radical moved to Crytek. We'd probably have ironsights and a jump button. Ew.

At least make the HD collection to test the waters. We'll all buy it, and we'll make our friends do it aswell. Much less risk than a full game out of nowhere, and we're all begging to play the games on our fresh controllers.
Click to expand...

You are so much on the ball here it makes my heat hurt just trying to comprehend the vast amount of sense you're making. Well said.

Wait, I wasn't involved in this blog rally...I didn't even know about it. And I'm surely not the only one. That's not scientifically accurate!

Uh...ahem. I would be perfectly fine with a F2P Timesplitters. Seems like a good series for it, honestly, since sheer volume of crazy content has always been a strong point.

Up yours, there's enough interest and you know it.

That said, I would freakin' LOVE a new TimeSplitters.

But... I don't want it being made by Crytek. Yes, I know, Crytek UK is pretty much all that's left of Free Radical, but I fear that there will be too much interference form "the higher uppers". Instead of a worthy TimeSplitters sequel, we'll just get something that will look like a lame Crysis mod.

I'm not changing my mind about that till I see a map maker (that allows you to create your own scenarios), about 40 different weapons, a line-up of more than 100 characters, at least 10 different multiplayer modes and some monkeys.

Maybe a large part of the problem is that Future Perfect was absolutely terrible. I'm a Timesplitters fan, and I'd love to see a next gen version, but inspired by the first 2 games.

I think though, a lot of what we liked about Timesplitters is in Team Fortress 2 and Borderlands - maybe people have grown out of Timesplitters. You have to think, why do you like it?, is it unique enough?, do you even want someone to ham-fistedly remake it with a next gen engine, and probably none of the elements that made it special.

I think that I'd rather see it made into an XBL game, like just a straight HD remake of the original game, as long as I can play it online and co-op, I'll buy it and be happy - there's no need for Crytek to disapoint me directly .
D

To those at Crytek...

I LOVE TIMESPLITTERS. I have been demanding number 4 for years now. Who doesnt want a fun, humour filled fast paced shooter with memorable characters and gameplay....

There's a hell of a lot more interest in another Timesplitters than another goddamn Crysis.

How about you, you know don't try to make it a AAA shooter? That way you won't have to put so much damn money in it that it'll need to sell a bajillion copies just to break even which means you can make it as nutty as the originals.

At least put out an HD re-release to test the waters. Oh, and market it. Don't just release it without fucking telling anyone and then say "look, it failed, we said nobody wanted to buy it!" That's just crap.

Timesplitters is the best series of all goddamn time. My favorite series ever. I'd pay any amount of money for another one.

I need to go lie down.

GenGenners said:
Just give me a (not sucky) HD trilogy re-release.

Given Crytek's style, their social/F2P future, the fact that most if not all of the old Free Radical team is gone and the current industry's state in general, a Timesplitters 4 will undoubtedly suck all kinds man-parts.

I mean, the guy responsible for Timesplitters, David Doak, is now one the freaking MILLIONS of devs making crappy Facebook games. Timesplitters is officially dead. Asking Crytek to revive it is just going to lead to a terrible game that will forever stain the franchise's reputation.
Click to expand...

Yeah, unfortunately, you're probably right. I'll gladly take an updated re-release for the PS3 and 360. Just remake the game, exactly the same way, maybe on the CryEngine 3, and re-release it. Do the remaking exactly like what Croteam did for Serious Sam HD. 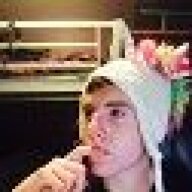 Uh, Crytek, isn't it kinda YOUR job to MAKE interest higher? Perhaps you could just focus on making a fantastic game that can be successful on it's own merits, rather than try to coast on the nostalgic interest of the fans of previous installments.

I don't think it's unreasonable to rely on a pre-established fanbase to make up a chunk of your sales, but when you keep a series in hibernation this long, you can't fairly expect the fanbase to have just been sitting on the edge of their seats this entire time.

Honestly, just make a great game, advertise it well, and the fans will come, both old and new. I know that's FAR easier said than done, but its probably your best bet.

(An HD collection wouldn't hurt either)

SycoMantis91 said:
I'll tell you what TimeSplitters 4 has more interest than... CRYSIS 3
Click to expand...

I wish. Timesplitters being a last-gen series, and a fairly poorly advertised one at that, it's only going to lose popularity as time goes on. I don't know where he expects additional interest to come from.

But... but TimeSplitters was SO MUCH FUN. Future Perfect still holds a place in my heart as best FPS. When everyone else was all into their Halos, it was nice to play a game with characters, levels, game modes, and many weapons. 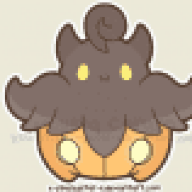 Timesplitters is one of the very few FPSs I like, give me a female player skin option and I'll happily buy it

I hate to bring it up again, but just in case there is ANYONE here who missed it- click this and HELP BRING TIMESPLITTERS BACK! This is our best chance right here! under supervision of Crytek itself!

Not enough interest in TimeSplitters? What Yerli, are you high? Market it well and you've got yourself a fortune here! Not only will we who love TimeSplitters already be running to get it, the unknowing ones will also be enlightened!

What it boils down to, I WANT A NEW TIMESPLITTERS DAMNIT!