Tabletop games, especially RPGs, have been making something of a resurgence these days. Sadly it's still be challenging to pull together a dedicated gaming group, but that's where virtual tabletops can make a difference. Services like <a rhef=http://www.escapistmagazine.com/news/view/134644-Roll20-Virtual-Tabletop-Nears-500-000-Users-Big-Update-Coming>roll20 and <a href=http://www.escapistmagazine.com/articles/view/video-games/editorials/9411-Without-a-Table-Playing-D-D-Virtually>the D&D Virtual Table merge tabletop gaming with its electronic counterpart, letting a GM run campaigns over a standard internet connection. Now the d20Pro team, working with Mesa Mundi, plans to revitalize <a href=http://www.d20pro.com/index.php>the d20Pro virtual tabletop via Kickstarter, adding unlimited rule systems, creatures for d20Pro Unlimited.

The original d20Pro gave players control of character actions while leaving GMs in charge of maps and creature spawns. Most other gameplay elements, like initiative, fog of war, and other automated effects, are controlled by the computer so everyone can play without fussing over the details. The d20 Unlimited Kickstarter will expand on the original, allowing for creature plugins, customizable house rules, advanced authoring tools, dynamic fog of war, and the ability to play any rule system.

The Escapist spoke with the d20Pro team at <a href=http://www.escapistmagazine.com/tag/view/gen%20con%202014>Gen Con and checked out the new dynamic lighting tools that really help the software shine. "We're really thrilled to be working with Mesa Mundi because that means I can throw myself into development full time," d20 Pro's Mat Morton said. "We think we're one of the most adaptable virtual tabletop softwares out there and we'll only be better now."

d20Pro Unlimited's Kickstarter functions a little differently than other projects you might have backed. Instead of offering a fixed goal for a fixed service, features are tiered under individual $10,000 stretch goals. According to d20Pro's project page, these features are all in progress, but Kickstarter would help them be completed at a faster rate. "The more successful the Kickstarter is, the more features can be delivered in a short amount of time," the page reads.

d20Pro Unlimited is currently sitting at $20,000 worth of its goals, which unlocks alternate grid and creature plugins. The Kickstarter will run until September 13th, with an estimated release date in 2015.

Roll20 does exactly what I need it to do, so I doubt I'll check this out. Even still, it's nice to see so much enthusiasm for tabletop these days.

I didn't entirely understand this, but from what I got, it seems like a rather useful tool. I'd love to get into DMing eventually, though I don't have many resources yet myself, so I threw $25 at it. 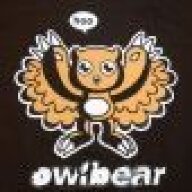 Roll20 and d20Pro are similar in that they are both virtual table-top software packages. d20Pro has been around and in development for more than 10 years. It has the refinement that comes from that kind of lifespan. Roll20 has certainly borrowed a lot of "prior art" from d20Pro, fantasy grounds, map tools, and more. However, Roll20 still misses the mark with a lot of the user friendly bits -- among other things.

d20Pro is currently (Legacy) able to support any game which can be represented on a grid. It also offers full rules integration for an OGL 3.5, 4E, or Pathfinder game. I personally have used d20Pro for D&D 2.0, Fate, Savage Worlds and more. My group has been in space battles, room to room sweeps, dungeon crawls and sprawling overland treasure hunts to name a few. We use d20Pro's ability to live full screen to supply ambiance in our games in addition to managing the crunchy, tactical moments.

For VoiP, we use Skype or Hangout -- funny how that just works without having to have it integrated into the engine -- also nice since Hangout doesn't appear to be all too stable half the time anyway.

Another clear cut difference between Roll20 and d20Pro is that Roll20 is 100% cloud based. You pay for storage past a certain point and you pay for features past a certain point. d20Pro is a desktop application. It runs off of your resources and only your resources. If you want to throw a terabyte of maps at it, it will handle it graciously and let you play how you want to. Add to this the pay-once structure for d20Pro and you have a win-win in my book.

Occasionally, like with this kickstarter, d20Pro asks for an upgrade fee. This has happened all of one time in the history of the software and coincides with an attempt to raise the bar, once again, for VTT's everywhere.

I don't mind competition, but I don't think I'll be checking this out.


Roll20 does what it was made to do and it's functioned for all the games I've done till now. And new players can join in a matter of seconds without having spend hours setting it up like I did with other RPGtools xD
Show hidden low quality content
You must log in or register to reply here.
Share:
Facebook Twitter Reddit Pinterest Tumblr WhatsApp Email Link
Top Bottom