Damnit Nickelodeon! What are you doing to Korra?

I love "The Legend of Korra", and I give huge props to it's creative team. It's a great show that has a lot going for it with a massive fanbase, including me. And what does Nick do with this absolute gem of a show? Put it in a poor timeslot, keep telling it's creators to rush out their episodes, and now, on top of everything else, it's going off TV altogether and moving online, WITHOUT actually telling anyone first! The show's creators actually had to go ahead and tell people via Facebook and stuff to let them know that it wasn't cancelled, because Nickelodeon sure as hell wasn't going to do it!

Like I said, I love this show, and I can't stand to see it being treated this way. Nickelodeon seems to have little to no respect for it, despite of it's quality. This show gets treated like trash, and stuff like Spongebob is allowed to take it's place. SPONGEBOB!? ARE YOU KIDDING ME?!

Seriously, Nick, what the hell? The Avatar franchise is the greatest thing under the Nickelodeon name that has ever been made, and yet you can't seem to realise it, instead trying to undermine it every chance you get. Do you not WANT the kind of respect this show gives you? What is your major malfunction?! One more slight against Korra, and I'll just be ready to write off your entire company.
S

I wrote Nick off a long time ago. I only come back for Korra, and yeah, it sure seems like Nick is doing everything they can to ruin that show. I remember that I didn't even know the new season was starting. I found out about it from here on the escapist. I'm not sure what Nick's problem is, but I hope the creators decide to move the show to another network for the fourth season.

At least they put it, along with all the previous episodes, online.

It's so bad even my friends, WHO LIKE THE SHOW, had NO idea it was on.
At least not until the 'Nick is screwing over Korra: Book 3' new stories broke.

Anyone think it is beacause Korra is pulling the wrong demographic? I know tons of people who love the show, and none of them are under 18. I think TLA had a lot more appeal to kids, which Nick loves. But Korra with its older, female, lead may be getting them all the wrong viewers.

Nick seemed really big on Book 1 of Korra, it only seems like lately they havn't liked its direction and are trying to just sink it. Weird but they MUST have some kind of reason. 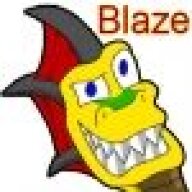 Yeah, not only did they not advertise the new season until only a week before the first episode aired, but they also didn't put the episodes up online on their website like they had been for the last 2 seasons. I know that everyone on my campus primarily watched Korra the day after on Nick because most of us either don't get the channel, or just don't have time to watch it or a method of recording it.

But not only was it barely advertised, and had no way to catch up legitimately, and was put into the friday night death slot, but they showed 3 episodes the first day, and 2 episodes at a time for the next two weeks. So if you hadn't heard about the show starting up again until the second or third week, you already missed so much plot that you couldn't follow the new episodes without catching up first, making you even less likely to watch the show legitimately.

As a result, 'all of a sudden' the show had significantly lower viewership than previous seasons! Who would've guessed that that would happen?!

However this move to Online is the best thing for the show right now. Like I said, it's great for people that don't have Nick, it's far more convenient than watching it live with that timeslot, and people can catch up on episodes they missed, which they thankfully also put up online. The show will see far higher numbers online than it was recently getting on TV, especially with the fandom it's got being mostly adults. 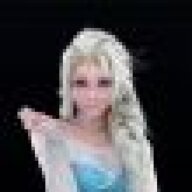 Viewership could be down. Complain about Spongebob all you like (I don't like it either) but it gets its views and usually that is all a network cares about it. If they could pull in millions of views showing a toilet drain for 30 minutes they would show it twice a day.


Majinash said:
Anyone think it is beacause Korra is pulling the wrong demographic? I know tons of people who love the show, and none of them are under 18. I think TLA had a lot more appeal to kids, which Nick loves. But Korra with its older, female, lead may be getting them all the wrong viewers.

Nick seemed really big on Book 1 of Korra, it only seems like lately they havn't liked its direction and are trying to just sink it. Weird but they MUST have some kind of reason.
Click to expand...

There's a thought. Disney's Tron cartoon turned out to be pretty popular but I think it was on the brink of being canceled because Disney found out that a lot of its viewership are adults. The irony there is that Spongebob has no shortage of adult fans so it would be quite strange if that is Nick's reasoning. I remember when the sponge series first started, you couldn't walk for five minutes without seeing spongebob on a shirt or a bag. It was the weirdest thing to see someone dressed in "thuggish" attire with the t-shirt on top having a stencil of Spongebob on it.

I wouldn't blame Nick alone, rather that I blame the industry itself for not fully understanding their audience.
The whole Korra being removed on TV and being put online without telling anyone is the same mistake with CN cancelling Young Justice, messing up season 2 of Avengers: Earth Mightiest Superheroes and cancelling it and all the other mistake the companies did with their shows.

Nick has been on the life support known as Spongebob reruns for the past ten years. It's safe and works for them since as young kids get older and move on to new things the next generation starts watching. They also got high school/ college kids that watch it for its trippyness.

Nick doesn't want to take risks. The fact we got 3 seasons and an upcoming 4th of Korra is a miracle. At least back then, Avatar: the Last Airbender was green lit for the three seasons.

Because of its staleness at the time, I gave up Nick around the turn of the century when Cartoon Network became available. That was one good move on the cable company's part. Then I gave up cable TV altogether when everything got stale, though.

Majinash said:
Anyone think it is beacause Korra is pulling the wrong demographic? I know tons of people who love the show, and none of them are under 18. I think TLA had a lot more appeal to kids, which Nick loves. But Korra with its older, female, lead may be getting them all the wrong viewers.

Nick seemed really big on Book 1 of Korra, it only seems like lately they havn't liked its direction and are trying to just sink it. Weird but they MUST have some kind of reason.
Click to expand...

You might be right. Most fans of the original show were 10 to 20-something. Almost a decade later and most fans remaining from back then are at least about to get out of high school. Who knows how many younger kids watch AtLA reruns, decides to check out LoK, and stays to watch the new episodes. I know it took some persuasion to get a female lead because, of course, the execs thought a girl wouldn't be as popular as a boy. Maybe it's the lead's age that was the problem? They could have made Korra have her adventures when she was 10-12, since she already knew she was the Avatar at 4.