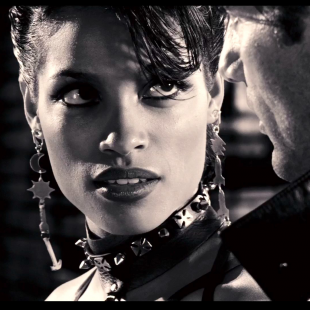 Marvel has announced that Sin City actor Rosario Dawson will be joining the cast of its Netflix exclusive Daredevil series.

One of the niftiest announcements to come out of Disney and Netflix last year was the reveal that companies would be teaming up <a href=http://www.escapistmagazine.com/news/view/129408-Disney-Netflix-Team-Up-To-Bring-Marvels-Flawed-Heroes-To-Life>to produce four series focused on Marvel superheroes including Daredevil, Jessica Jones, Iron Fist and Luke Cage. While there has been little in the way of solid details concerning the latter three, details have been steadily emerging concerning Daredevil, which is currently set to premiere on Netflix in 2015.

Most recently, Marvel has confirmed that actress Rosario Dawon will be joining the series as a "key guest-star." She'll be joining actors <a href=http://www.escapistmagazine.com/news/view/134836-Charlie-Cox-is-Marvels-New-Daredevil>Charlie Cox and <a href=http://www.escapistmagazine.com/news/view/135267-Vincent-DOnofrio-Joins-Daredevil-As-The-Kingpin>Vincent D'Onofrio who were confirmed to be involved in the series earlier. Her addition is one of that Jeph Loeb, Head of Television at Marvel, feels will provide a "critical" element to the series.

"Rosario Dawson is one the most charismatic, talented and powerful actresses in Hollywood, so she was always at the top of our list for 'Marvel's Daredevil,'" said Jeph Loeb, Marvel's Head of Television. "Her role in the series is absolutely critical to Matt Murdock's journey to become the hero we know as Daredevil."

Sadly, neither Loeb or Marvel would offer any official word as to who Dawson will be playing. That said, when you're talking about women and Daredevil, the list of essential players more often than not tends to be dominated by Elektra. Elektra, of course, was previously played by Jennifer Garner in the Ben Affleck-fronted Daredevil, who honestly, didn't really bring much of the edge that's commonly associated with the character. Here's hoping that Dawson can do better if she winds up in the role.

I don't want to see Rosario Dawson in any form until Clerks III.

Kevin, you fat fuck! Get off your ass and make Clerks III! Fuck your Christmas movie!

On a serious note, I'm still waiting on some more news regarding Iron Fist. I'd love to see Donnie Yen do it, or maybe Michael Jai White.