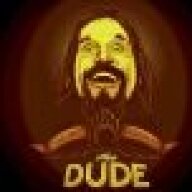 *MAJOR SPOILERS AHEAD ? BE WARNED*

Ok, I watched this earlier tonight. Once the movie ended I think I sat in a daze for about half an hour just trying to make sense of what I had just seen.
I was slow in catching on to the movie's theme ? God & creation, the destructive nature of mankind and the possibly selfish & self absorbed nature of god (for the record I?m pretty much an atheist).
For the first half hour or so I was thinking it was a Rosemary's Baby type set up.
Later on I thought maybe Her (Jennifer Lawrence's character) had aborted their first child or done something else that either Her or Him found to be an abhorrent act in some way, but didn't remember doing so due to mental trauma.
There are so many elements to the film that invite discussion but the main questions I wondered if anyone else had thoughts on:

1: The Publicist (Kristin Wiig), was she the embodiment of religion? If Him (Javier Bardem) was god then, as god's 'publicist', it seemed clear to me that she must represent religion as a whole. The scene where she was executing people in that room symbolising the violence caused by religion supported this in my mind.
But if Her was the Earth (or spirit of the Earth) then what did it mean that The Publicist wanted her killed? Does this symbolize the rise of 'organised religion' over the older pagan beliefs of earlier civilizations?
Or was The Zealot (Stephen McHattie) the only character supposed to represent religion? His character was, imo, a more obvious representation of religious fervour & madness.

2: The blockage in the toilet early in the movie; this was the scene that really had me thinking (early in the movie) that it was all about Her having aborted their first child. There was certainly a resemblance to a foetus, and the blood that spurted from the object just before it flushed away really makes me think it symbolizes something along those lines. Thoughts?

3: The yellow liquid that Her was drinking before she got pregnant. It's the fact that once she knew she was pregnant, Her stopped drinking it. Right now I can't attach any special meaning to that.

I've loved Darren Aronofsky's movie's since Pi. I think he's a movie maker of major ideas and I've enjoyed everything he's made, but this movie blew me away on so many levels.

This'll probably make me sound like an edgelord, but... is it weird that I found the movie thoroughly hilarious?

I don't even mean that in a derisive way or "so bad it's good" or anything like that. I was genuinely entertained.

The way it starts with various social transgressions would be common comedic material in any other movie. For example, when the grieving old guy asks her to say something and everyone else acts as if it was a normal thing to do I just cracked the fuck up.

So when things started ratcheting up all I could do was laugh at how quickly it had all escalated. Then when it brings out the big guns I was completely in the wrong headspace to take it remotely seriously.

It was an interesting film. I certainly wasn't bored. I "get" the themes, but I'll be damned if I know what the movie was trying to say about them.

Zhukov said:
This'll probably make me sound like an edgelord, but... is it weird that I found the movie thoroughly hilarious?
Click to expand...

Nope, I was laughing my way through the movie as well, for the exact same reasons you outlined. It really reminded me of something like It's Always Sunny in Philadelphia, Fawlty Towers, or Curb Your Enthusiasm. I honestly don't get why people thought the movie was some horrific, draining experience, honestly. :\

Wiig is billed as 'Herald'. I think both her and McHattie were supposed to represent distinct sides of organized religion. The Herald writes down the laws, the Zealot abides them (and takes them up to eleven).

I don't recall the yellow liquid. The blockage I thought was just more symbolism to the effect of underlying evil - a glimpse at whatever Bardem's concealing from JLaw, maybe a remnant from the previous cycle or a foreshadowing of the next.