[gametrailersnew=726547]​
David Jaffe promises a very happy ending on Valentine's Day for everyone who buys the PS3 version of Twisted Metal.

The Twisted Metal [http://www.amazon.com/Twisted-Metal-Playstation-3/dp/B003O6KWZK/ref=sr_1_1?ie=UTF8&qid=1328629207&sr=8-1] franchise has been around for an awfully long time and every new, more advanced iteration has brought the series closer to "the fantasy" first conceived when creators David Jaffe and Scott Campbell were stuck in L.A. traffic.

"Every new piece of hardware, you get to get a little closer and a little closer to that image in your head, which you're never really going to get to," Jaffe said in a GameTrailers [http://www.gametrailers.com/video/david-jaffe-twisted-metal/726547] interview. "We saw helicopters with guys leaning out with sniper rifles, we saw tanker trucks on the freeway jackknifing and flipping into sports cars and blowing them up. We get that now... With PS3 we really actually get to fulfill that fantasy."

Even more important, he added, is that the system allows the creation of a really "deep, meaty sort of gameplay-centric game," with a focus on pure game mechanics rather than cinematics and presentation. Jaffe readily admitted that sales of Twisted Metal will never approach those of blockbusters like Call of Duty but said that in terms of the "fun factor," he'd put it up against any other multiplayer game that's been released over the past five years.

Boy, that's better than flowers and chocolate. I guess I'm off to buy a PS3!

UPDATE: Jaffe said what he said, there's no question of that, but the circumstances surrounding his statement have come into question. In a long series of Kotaku [https://twitter.com/#!/davidscottjaffe], he explained that there's more to the situation than is immediately evident.

"Uhm, on the whole GT BJ thing, if I may: I like vulgar but the way that was edited came off more vulgar than even I like. There actually was some context to that conversation as I recall but the edit only showed the last part of a bigger discussion," he wrote. "Granted, the overall discussion was still intentionally juvenile and over the top but w/that as context- especially given the entire REST of the GT piece had NO indication the interview was gonna go vulgar, at least I think you'd see more where it was coming from."

"Again, as I said earlier: it WAS meant to be stupid and childish but it was edited so as to cut off the lead off where we are talking about Valentine's Day and sex and stuff and then we transition to the BJ part," he added. "Again, nothing suave about it but it makes more sense if UC whole bit."

He also denied that his remarks were misogynistic, calling the accusation "hurtful," although he seemed able to talk himself into a happier place with relative ease. "The idea that being crude and vulgar=misogynistic to some folks bugs the fuck outta me (but also indicates they are probably super pussy whipped PC types who God know I dunno why I give a shit about their judgement of me anyway)," he wrote. "so yeah, I really should not be upset . Problem solved!"

I'm all for being rough and real with the fans and the media but good lord Jaffe, what the hell put a filter on.

But I'm buying this for my little brother...

And now he is going to make casual games for iOS. So there we go then, life is very strange.


Aethren said:
But I'm buying this for my little brother...
Click to expand...

Don't let him win in splitscreen then!
M

Aethren said:
But I'm buying this for my little brother...
Click to expand...

What the hell, man? I'm buying it for your little brother too. You have to return it or this is going to get awkward.

David Jaffe, second only to Fork Parker (the man who claimed that he was using his paycheck from Serious Sam 3 to get his wife breast implants) in insanely silly marketing attempts.

In the case of my wife it is probably true...except the part about letting her win; she's always kicked my ass at TM.

I'm also interested in seeing if Jaffe has put a happy ending to the online pass bs. I haven't bought a PS3 exclusive since Sony made it a regular thing. I know he didn't want any of that crap marring TM and I hope he convinced them.

DVS BSTrD said:
Will it does look like more fun than sitting through a Musical, and it's gunna be impossible to get Tickets for the Book of Mormon now anyway.

Aethren said:
But I'm buying this for my little brother...
Click to expand...

Well make sure he has a girlfriend then.
Click to expand...

I suppose he could buy one of those too.
G

Soooo, $60 for a BJ? It's probably cheaper to get a hooker for that

Ummm.... ok. I'm totally in, then, as long as I can afford it. Is this bonus only applying to playing on that day?

EDIT: No, not going to buy it just for that, I'll buy it because I have memories of enjoying the old PS1 Twisted Metal games.

Kwil said:
Is that a guarantee? And if she doesn't, does Jaffe fill in?
Click to expand...

God DAMN it, now my monitor is covered in soda. 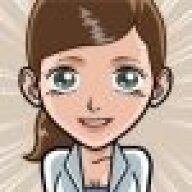 I'm all for being rough and real with the fans and the media but good lord Jaffe, what the hell put a filter on.
Click to expand...

That was pretty much exactly what I thought. There I was, reading the article, thinking 'Hey that's nice, these people are happy with how their game looks and hope people will enjoy it'...
....
and then I read the last part...
...
Is there a unit of speed for the sinking of one's opinion? Cos I'm pretty sure my plummeting opinion of Jaffe would have broken all records.


Kwil said:
Is that a guarantee? And if she doesn't, does Jaffe fill in?
Click to expand...

Hey, this was a marketing promise! I reckon he's obliged to make good on that... =P

Twisted Metal's Sony exclusive, always has been.
Click to expand...