Dawn of War 3 cast adrift in the warp

Silentpony said:
I think what makes me view 40k as niche is that you have to handle it very carefully for 40k to like it, and then you have to handle the actual gameplay itself for gamers to like it.
Look at all the terrible 40k games: Firewarrior, Warhammer 40000: Space Wolf, Carnage, Storm of Vengeance, Regicide, that visual novel Dorn game, Squad Command, Glory in Death.
The bad/poorly done 40k games far outweighs the good 40k games, which number roughly half of the Dawn of Wars series, Space Marine, arguably the Deathwatch game, that Crusade game, Chaos Gate, and a few of the Epic 40k games.

The 40k IP is no guarantee of success. In fact, I'd think it invites even more scrutiny and pressure, and most of the times its not worth it. Devs just take previous ideas and add 40k wallpaper and expect it to work as well, and it doesn't.
Click to expand...

So in other words, tie-in games are usually bad?

I have no reason to doubt that the majority of 40K games are of low quality, but I can't say that's endemic to 40K. If anything, that developers can expect a 40K game to sell based on brand recognition is indicative that it isn't a niche IP. And there isn't anything about the setting that would make it difficult to base a game around - just get a Space Marine, some xenos, and have him shoot stuff. Bam. There's your game. Doesn't have to be a good game, but it's a far simpler concept to execute than in other IPs. 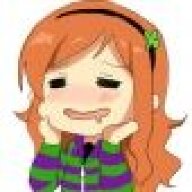 It's funny that the 40k are basically terrible to the point of non-existence while the Fantasy games which are set in a dead IP are doing far better.

Dawn of War 1 was fantastic. Some aspects of it haven't aged particularly well, but it really fit the fantasy of throwing two gigantic 40K armies at each other, and the campaigns were a lot of fun, too.

Dawn of War 2 had a great campaign and Last Stand mode, and was much more in-depth in regards to unit interactions and abilities, but the small-scale battles, and lack of base building left a lot to be desired in terms of the multiplayer mode.

When THQ closed, I was so disappointed that we might never see a DoW3, but when it was actually announced...

Dawn of War 3 a disappointment almost immediately. Only launching with 3 races was a huge mistake, because it really took away from the variety that the previous games had. Also, with the super units, it never felt like armies were ever necessary, as they would just plow through everything that was thrown at them. I waited for an expansion or massive rebalances to get into the game properly, but I guess that is never going to happen, now.

Relic need to stop trying to reinvent the wheel, and just stick to what made Dawn of War and the original Company of Heroes so fun to play.

Hopefully, if there ever is a Dawn of War 4, it will live up to the legacy of DoW1.

Laggyteabag said:
Hopefully, if there ever is a Dawn of War 4, it will live up to the legacy of DoW1.
Click to expand...

At this rate I expect if there is a DoW4, it'll be a battle royale zombie survival game with crafting elements, microtransactions, a card game and all made with minecraft graphics.

Because that's exactly what 40k fans want. Literally everything but a 40k game.
W

All I wanted from Dow3 was Dow2 with a better engine, more focus on map control, more variety in units, some new heros, and a graphical/ui update. I dont think thats a ton to ask for but they turned it into what felt like a moba when we wanted a squad based RTS.

This is yet another tale of a developer not knowing its own audience and sales suffering because of it. I hope this doesnt mean we wont get a Dow4 thats you know, an actual RTS but it wouldnt surprise me at this point.

Silentpony said:
Because I find it to be the first step on the slope to straight trend-following that DOW3 fell off. It started slowly, with DOW2 having hero characters and much less base building, moving on to the Last Stand which was only hero units vs hordes, and then reached maturation with DOW3 being a MOBA clone aimed at a completely different market than was DOW is supposed to be aimed at, ie RTS and 40k fans.

It'll start slow with Red Dead Redemption, and if no one cries foul, before you know it RDR3 will be a battle royale only game aimed at the PUBG crowd, will fail miserably, and that'll be the end of yet another promising franchise lost to Streamer bait and trend following.

And its not even innovative to change the formula. Its taking someone else's idea, assuming it'd work in a completely different game, and that your fans, being cowboy fans or 40k fans, don't really want to be playing cowboy and/or 40k games, they want PUBG and LOL. Because those are popular with esports and streamers.
Click to expand...

But it's an optional game mode. Nobody has to play it, see it, deal with it unless they want to. Like every GTAV multiplayer game mode is some sort of multiplayer 'trend' ...they do cover a lot of variety in that sense, and the option to create your own mode sort of adds to that anyway. This is something you're clutching pearls over, it's not going to affect any other part of the game, Rockstar are not going to suddenly decide to put all their effort into one current fad from now on just cos it's what's 'hot.' Maybe other titles that have more limited resources perhaps, but as with any trend it is only a temporary thing for as long as it proves profitable, then it will fade and not matter at all. Why waste the worry?