DC Heads Back to the 90s With Convergence's Second Wave

DC Heads Back to the 90s With Convergence's Second Wave 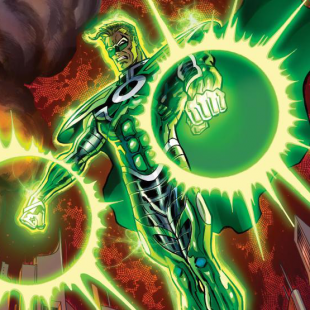 DC has unveiled 10 more Convergence mini-series with some detours through the 1990s.

Last week, <a href=http://www.escapistmagazine.com/tag/view/dc%20comics>DC Comics <a href=http://www.escapistmagazine.com/news/view/138541-DC-Readies-Readers-for-Convergence-Unveils-First-Ten-Mini-Series>revealed the identity of the first 10 two-part mini-series it intends to launch alongside the <a href=http://www.escapistmagazine.com/tag/view/convergence>Convergence event beginning in April 2015. Aimed, in part, at revisiting characters and story points sidelined by the partial universe reboot of Flashpoint and the New 52, the first wave of mini-series included older versions of Superman, Batgirl and other fan favorites. Now, apparently intent on making these unveilings a weekly event during November, DC has released new information identifying ten more of the planned mini-books.

According to DC's announcement the second group will be made up of the following: Superman: Man of Steel. Batman: Shadow of the Bat, Justice League International, Catwoman, Supergirl: Matrix, Superboy, Aquaman, Suicide Squad, Green Lantern/Parallax and Green Arrow. Despite bearing the Superman moniker, Man of Steel will actually focus on the hero Steel as he defends Metropolis in the wake of Superman's 1990s disappearance. Shadow of the Bat will also center its gaze on the 90s era Batman as he teams up with the anti-hero Azrael who, of course, took over as the Caped Crusader following Bat's backbreaking encounter with Bane in the Knightfall storyline. 90s comic fans can also forward to re-visitations of Hal Jordans's days as a villain thanks to Green Lantern/Parallax and Kingdom Come via the Catwoman comic. For further details check out DC's official announcement.

The question that emerges from this reveal, of course, is what era DC will be tapping into when it unveils the next 10 entries in its series of Convergence companion books. Since this week dipped its toes fairly deeply into the overly gritty pond of the 1990s, I'd personally love to see DC flip back a bit further into the goofy library of the Silver Age. Just imagine, for a moment if you will, watching Silver Age Batman meet up with Azrael in his ridiculous Knightfall costume. As far as I'm concerned, that's what universe crossover tales like this should really be used for.

ugh, I barely like DC anymore but this is nostalgic blackmail 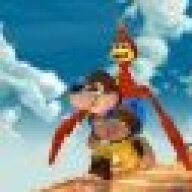 DC is not going back to the silver age. Embracing the grittiness of 90's comics is pretty much going in the opposite direction. leaving the Silver age behind is a GOOD thing. If the writers of Comics can't take them seriously how is anyone else supposed to. Serious writing character development are what have allowed nerd culture (particularly comics) to become so mainstream now.

I'd be interested in Steel. Has he shown up in The New 52 (Electric Boiogaloo?)
T

Azrael's coming back? At least temporarily? Hurray!
(seriously, he was one of the most underrated heroes at the time. His original self-titled 50 issues was a great story arc.)