DC Entertainment is trying to put a new spin on old Hanna-Barbera cartoons for a new audience. And now they are unveiling new alternate covers for the comics debuting in May.

You remember the old Saturday morning cartoons, right? Scooby-Doo, Space Ghost, Jonny Quest, The Flintstones ... yeah, those were great while eating your cereal in front of the TV. But as time marches on for that generation, some younger folks were never exposed to those Hanna-Barbera mainstays, and DC Entertainment wants to remedy that.

Coming in May, DC will be releasing new comics for Scooby-Doo and Jonny Quest / Space Ghost with Scooby Apocalypse and Future Quest. The standard covers for the comics have already been released, but DC has gone one better - er, two better - by releasing two variant covers for each comic. Two more for each will be released before the comics actually debut in May.

In case you missed the reveal back in January, Future Quest will feature stories by Jeff Parker (Batman '66, Justice League United) with art by Evan "Doc" Shaner (Justice League: Darkseid War: Green Lantern). The two recently released variants include one by Steve Rude, offering a cool depiction of Jonny Quest and his pal Hadji, while Bill Sienkiewicz's cover shows his rendition of Space Ghost, Jan, Jace and their mascot Blip, with enemies Brak and Zorak in the background. Future Quest is set to debut on May 18.

For Scooby Apocalypse, Scooby-Doo, Shaggy, Daphne, Velma and Fred are will be trying to solve a mystery of a nanite-infected world. Co-writers Keith Giffen (Sugar & Spike, Legends of Tomorrow anthology) and J.M. DeMatteis are handling the story, with art by Howard Porter (Superman), and the standard cover by Jim Lee. In the two variants, Howard Porter does Scooby-Doo (complete with Scooby Snack), while Neal Adams gives a new look to mystery hunter Fred Jones. Scooby Apocalypse is set to release on May 25.

"From a personal standpoint, I was always a fan of the old Hanna-Barbera characters, having grown up on them," Dan DiDio, co-publisher of DC Entertainment, told Entertainment Weekly back in January [http://www.ew.com/2016/01/28/dc-entertainment-hanna-barbera-titles]. "I think what you find right now is there's so much material on pop culture, and these characters resonate with so much of our fanbase. It was so fun to go out and look at them, but not just bring back versions that existed 40, 50 years ago and really look at it the way of saying, if these characters were created and interpreted today, how would they exist? So we handed off our materials to a number of top creators, and what came back was an exciting look that felt very true to the existence of the characters."

DC is also looking at bringing a more mature twist to The Flintstones and Wacky Raceland as well.

"We didn't want to just repeat what people saw in the past," adds DiDio. "It's really important for this to resonate with folks who have never even heard of the characters. If this is the first they're seeing it, we want them to be enjoying the material. So from our standpoint, our goal is to make this exciting and accessible to all generations, whether they're fans of the material and the characters or not."

Soooo... they turned shaggies design from a stoner that has perma munchies...

To an english tea drinking gentleman that lost his clothes and had to do with the stuff he found on some abandoned cloth line? And who also has tatoos? (must have been a member of the english navy)

And wilma is a little girl now with glasses that make her look like robin? whaaaaaa?

Well lets see how this plays out... atleast the scooby gang is not covered in pouches... or have YBD

Something tells me folk aren't gonna be too pleased they turn't voluptuous Velma into Edna Mode (not that Edna isn't cool), myself included... the bastards.
A

What no Captain Caveman

So apparently Scooby Doo went from a teenage high schoolers accidentally foiling old man Winkle dressing in a spooky costume to shut down a library, into a tatooed team of supernatural ghostbusters. That's not so much a new spin as a completely different show.

Not liking the look of Scooby-Doo. And it isn't exactly as if that show isn't around anymore. I really like the Space Ghost look though.

Dafuq!? For now on, I swear I'll cut down the Scooby Snacks...

I'm getting some heavy Iron Giant vibes from this picture, I'll be dissapointed if Johny doesn't end up with a giant alien robot buddy. Besides... I kinda dig the new design for Scooby and the gang.
W

I will say that hearing that set up really makes me want to read the new Scooby book.

I'm not sure it looks GOOD. I'm sure it doesn't look like Scooby Doo. ...but it definitely sounds interesting.

That Scooby Do set up makes that horrible live action movie sound GOOD. 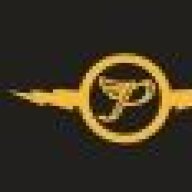 Karadalis said:
Soooo... they turned shaggies design from a stoner that has perma munchies...

To an english tea drinking gentleman that lost his clothes and had to do with the stuff he found on some abandoned cloth line? And who also has tatoos? (must have been a member of the english navy)
Click to expand...

Really? I thought he was supposed to look like a hipster. And he does, just missing some thick-rimmed glasses.

I'm not sure if this is the best or worst thing that has every happened in comics?

Might as well, give my opinions on each cover, in the order they appear in this article.

#1
Oh, God. Make it stop. That Scooby looks like something an edgy 90's comic would try to pass off.

#2
Okay, pretty bad ass cover, but I feel it doesn't fit the Scooby Gang at all. Especially not Fred. Cool cover with the wrong character.

#3
A kinda plain cover, really. It's cool that it is Space Ghost, but looking at it critically, that cover could probably go on damn near any comic with Space Ghost in it. It would be perfect for a paperback collection of Space Ghost stories, for example. I do like it, though.

#4
I kinda want this one as a poster. So many classic Hanna-Barbara characters. Even some I forgot about. The Galaxy Trio, Coil and Fluid Man, Birdman, Mightor, and others. Are they all appearing in the comic? Otherwise it feels like false advertising.

#5
Very boring and plain. Nothing special about it. It works as a cover, but it's still nothing to write home about.

#6
Still hate Scooby's design, but now I also hate Shaggy's design. Also, why do I feel like Velma is Gaz, from Invader Zim? Yeah, not a fan of these Scooby Doo Gang redesigns. Even if they are Apocalyptic Future designs. They just scream trying way too hard.

Karadalis said:
Soooo... they turned shaggies design from a stoner that has perma munchies...

To an english tea drinking gentleman that lost his clothes and had to do with the stuff he found on some abandoned cloth line? And who also has tatoos? (must have been a member of the english navy)
Click to expand...

Really? I thought he was supposed to look like a hipster. And he does, just missing some thick-rimmed glasses.
Click to expand...

Hipster would lack the twirly mustache thought, and weirder clothing. Hence my remark about an english man just ripping off some clothes from a clothline.

Hmm, DC is about due for another reboot. Perhaps these designs are only to gauge interest, if there is none, they will be the first casualties.

As the local authority on being an Englishman with a moustache I can catagorically state that he is definitely more hipster in his new look than aristocracy...

John Keefer said:
DC is also looking at bringing a more mature twist to The Flintstones and Wacky Raceland as well.
Click to expand...

Because what the world really needs is a grimdark reboot of the Flintstones and Wacky Races.
J

What kind of idiot world do we live in where you feel it's necessary to introduce Keith Giffen and JM DeMatteis. Everyone should know them, they're 2 of the best writers in the history of the business. This looks @#$%ing horrible, but my point still stands.