The Backstreet Boys and 'N Sync are going at it in a new zombie killing movie for the SyFy Channel. No, we aren't making that up.

This may or may not interest you, depending on your affinity for older boy bands. But we'll give it to you any way: SyFy will be airing a zombie-killing Western called Dead 7 starring the members of once popular boy bands 'N Sync and The Backstreet Boys.

The kicker? It airs on April Fool's Day at 8 p.m. Honestly, We aren't making this up [http://www.buzzfeed.com/keelyflaherty/the-trailer-for-nick-carters-90s-boyband-zombie-movie-is-her].

Starring Nick Carter, A.J. McLean, and Howie Dorough from The Backstreet Boys, and Joey Fatone and Chris Kirkpatrick from 'N Sync, the film follows a group of young gunslingers who must join forces to rid a Western town of zombies. Carter stars as Jack, who has to convince the group to join up. He also wrote the script. Even former members of 98 Degrees and O-Town are in it.

Justin Timberlake will not be making an appearance, however.

I'm really not sure how to react to this one other than in disbelief, but there is the trailer and some stills, and April Fool's has not arrived yet. So this really must be a thing. I'm going out on a limb here that this won't be another Magnificent 7.

That seems... OK in its stupidity?

So... can we all agree to consider this the chalkmark of when we hit creative bankruptcy?

I'm legit looking forward to this. Needs more Five though.

You know, at least its not Melissa McCarthy. So we know it can't be the worst thing ever.

I'd imagine it's rose-tinted glasses of nostalgia. The only thing good to ever come out of the Sci-Fi Channel was MST3K. Beyond that, they've always had a reputation of hilariously ridiculous Made For TV Movies. The most recent "hit" being the Sharknado series.

OT: If Justin isn't going to be in it then I don't care. 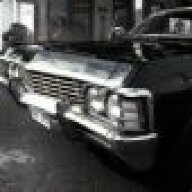 This sounds like a fanfic that I would've seen back in 2000 on fanfiction.net or something.

I was a huge fan of both Nsync and the Backstreet Boys back when they were, you know, relevant but I'm not really feeling any nostalgia about this. Boy bands are that kind of thing that you're really into when you're young and then a few years later you disavow that you were ever into that kind of music, even though you can still sing along to every song.

I'm not gonna watch it but it sounds ridiculous enough to work for those who will be watching it.
N

This screams of creative and financial desperation. A cheap attempt at novelty that will wear thin before the end of the pilot episode. I guess in the producer's eyes, it's a win-win situation. They get well known celebrities that will be very cost-effective due to their desperate clawing back to fame while riding the crests of stale pop-culture that only cretins can proudly find solace in, absolutely no effort will need to be made, only references and terrible gags with the nostalgia bait of "hey, remember these guys and how crap they were? Well here they are again. How aweesoome!!" Cue the eye-roll, cue the cringe and cue the loaded shotgun to my face to avoid this shambles. Or...i could just not watch it. But that's hardly as dramatic now, is it? 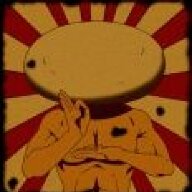 You all realize this is from Asylum, right? The guys who have built an entire brand on intentionally terrible movies?