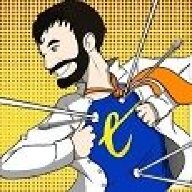 [kickstarter=arcdream/delta-green-the-role-playing-game]Delta Green, the most popular Call of Cthulhu setting of all time, will get a new standalone RPG thanks to Kickstarter backers.

<a href=http://www.escapistmagazine.com/news/view/141033-Call-of-Cthulhu-Creators-Greg-Stafford-And-Sandy-Petersen-Return-To-Chaosium>Call of Cthulhu might be one of the most influential tabletop RPGs of all time, but if you wanted to bring your campaign into a modern setting? <a href=http://www.escapistmagazine.com/news/view/133378-Delta-Green-The-RPG-of-Spies-vs-Cthulhu-Is-The-New-Bundle-of-Holding>Delta Green was practically required reading. This popular Cthulhu sourcebook combined Lovecraft's Mythos with 90s-era government conspiracies, following agents who took up the fight against cosmic horrors. Now Arc Dream Publishing has turned to Kickstarter with a new project - a complete, standalone Delta Green RPG catching up with the War on Terror. Naturally, the project was funded in four hours, and is expected to crush most strech goals in a matter of weeks.

In 1928, a government raid on Innsmouth revealed the American government was completely unaware of horrors within and surrounding the nation. So it established Delta Green, a covert agency which gathered intelligence, fought monsters, and kept the true nature of reality secret from ordinary citizens. But after a 1969 operation in Cambodia went horribly wrong, Delta Green's sanctions were revoked. In response, its leaders agreed to go underground as a rogue agency, continuing their essential work without authority or government support.

The Delta Green RPG follows federal agents, soldiers, and special forces members who have been recruited into this unauthorized agency. In each session, Delta Green agents investigate some horrific event, gather intelligence, and protect innocents while avoiding a larger conspiracy behind the scenes. The game is being developed by Delta Green creators Dennis Detwiller, Adam Scott Glancy, and John Scott Tynes alongside Greg Stolze and Shane Ivey.

Delta Green's main product is the Agent's Handbook, introducing rules like character creation, combat, sanity, and equipment. It also outlines new rules like bonds - optional relationships with loved ones which take the brunt of sanity damage. In short, the longer an agent is active, the more strained their personal lives become. At $120,000 an expanded core book unlocks for GMs to customize the setting while adding new supernatural threats. Additional adventures and supplements will be revealed as stretch goals are unlocked, so backers will likely end up with a significant haul of rewards when it's all finished.

But Delta Green isn't the only thing to be excited about here. Arc Dream Publishing has revealed it's also working with Pelgrane Press to produce The Fall of Delta Green, a standalone game following the organization in the 1960s. Fall will use a customized version of the GUMSHOE engine and includes conversion guidelines for the core Delta Green game. Given Pelgrane's own success in the Lovecraft market, having both systems at your disposal should prove a very good thing.

So let's recap: That's a new Delta Green from its original creators, stretch goals adding supplementary content, and another complete game from tabletop's masters of investigative horror. Given each involved company's track record, there's a lot for tabletop fans to be excited about, a feeling which will likely increase before the Kickstarter ends in 29 days.

I actually bought a the copy of unspeakable oath in which delta green first appeared. I didn't know it was the most popular, I always preferred the 1920s-1930s setting.
R

1920's Call of Cthulhu is great! Delta Green is great for different reasons. 1920's there is a sense of isolation and mystique. With DG there is a since of the world against you and paranoia. Very much like the X-Files on crack, sure you have guns but you are merely a meat shield for the world and it will only last so long. Delta Green is about The End of everything.
Show hidden low quality content
You must log in or register to reply here.
Share:
Facebook Twitter Reddit Pinterest Tumblr WhatsApp Email Link
Top Bottom