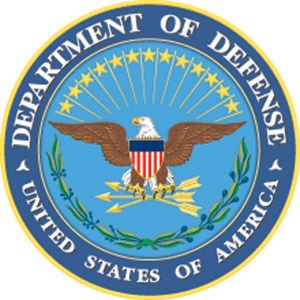 In a brief from the U.S. Department of Defense, researchers claim that gamers are 20% better at cognitive functions than non-gamers and supply us all with argument ammunition.

Ray Perez, a doctor of educational psychology, is a program officer at the Office of Naval Research's warfighter performance department and has been studying the effects that playing videogames has on the training of men in the armed forces. Conventional wisdom held that once an individual reached 20 years of age, their brain stopped developing and their intelligence ceased growing. Perez's research suggests that playing videogames can increase someone's "fluid intelligence," or the ability to think outside the box, regardless of a person's age.

"Our concern is developing training technologies and training methods to improve performance on the battlefield," said Perez. "We have to train people to be quick on their feet - agile problem solvers, agile thinkers - to be able to counteract and develop counter tactics to terrorists on the battlefield. It's really about human inventiveness and creativeness and being able to match wits with the enemy."

"We have discovered that video game players perform 10 to 20 percent higher in terms of perceptual and cognitive ability than normal people that are non-game players," Perez said. "We know that video games can increase perceptual abilities and short-term memory." His research suggests that gamers focus longer and the field of vision for gamers is larger compared to non-gamers. Perez continued:

We're now looking for the underlying neural mechanisms that are responsible for these changes in behavior and in abilities. We're using various kinds of neural imaging techniques like [functional magnetic resonance imaging] that identify different areas of the brain that show activity when you're performing certain tasks, and we can begin to look at what area of the brain is active during the processing of video information.

We think that these games increase your executive control, or your ability to focus and attend to stimuli in the outside world.

The research that Perez is conducting has military applications, certainly, as further evidence that games should be used more to train and educate the soldiers of tomorrow.

But, from a gamer's point of view, the fact that a government funded military study is saying that games are a good thing is just awesome sauce. I give this article to you as further ammunition in the argument against the Michael Atikinsons, the Jack Thompsons or the Joe Liebermans of the world. The U.S. military has concluded that...

Thanks to Escapist reader, [user]Korias[/user] for the tip.

Huh. That explains a lot.
Still, I wish there were more detail on their research; they only talk about their findings on the site.

Furburt said:
I think that it's not so much that gamers are smarter, more that smart people tend to play games nowadays.
Click to expand...

woo tis be tah awesomotron, gamz are making me smart.

Hang on a second......research.....accurate research......actually proved something GOOD regarding video games?

So that's why the Marines sent me information in the mail. They know I'm a gamer, and thus they want me to fight for them!

While I'm all for positive research...

Does anyone else get that Zapp Brannigan feeling?

[small]Like we're gonna be the ones used to plug the enemies cannons with our bodies?[/small]

Dear me, I'm SO stupid. I couldn't possibly join your army, Sir.

[small]When I give the word, run like your life depended on it[/small]

Normally I'm not a big fan of the American Military complex but right now I just want to hug myself a General.

Well, there has been plenty of that to be honest, but how many politicians are out defending our cause, and waving around every little bit of info they find?

I think its just that smart people play games rather than games make you smarter.

Just a theory though
B

It makes sense when you think about it. Most good games are made to teach you a certain mechanic and then apply that mechanic to a number of different situations. They're essentially training you how to learn by yourself.
M

Julianking93 said:
I think its just that smart people play games rather than games make you smarter.

Furburt said:
I think that it's not so much that games make you smarter, more that smart people tend to play games nowadays.
Click to expand...

I dunno what sort of places you guys come from, but where I live, morons play video games too.

How much is 20 percent? Is that much?

Games are a fun way to learn things. I wouldn't be as good in English as I am today without games.

Furburt said:
I think that it's not so much that games make you smarter, more that smart people tend to play games nowadays.

I'm certainly not smart at all, and I've been playing games since I was 6.
Click to expand...

Wait, What. You think that smart people tend to play games. Sure many smart people do. But spend some time on xbox live in any shooter and listen to the slew of stupididty/racism/homophobia and you might change your opinion. Its maddening the stupidity you see on there. 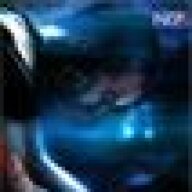 Anti-game retards are just gonna rage on how "video games are teaching people to be better killers".