The full sequel to Destiny will release on September 8, Activision has revealed. It will launch on PlayStation 4 and Xbox One.

"Destiny was the biggest launch of a new console video game franchise ever. Along with our incredibly talented partners at Bungie, we are focusing on making Destiny 2 even better, with state of the art first person action, an awesome new story, great characters, and thoughtful innovations that make the game more accessible to all different kinds of players," said Activision CEO, Eric Hirshberg. "We're also bringing Destiny 2 to the PC platform for the first time. Destiny 2 will make an already great game franchise better than ever."

The announcement was accompanied by a reveal trailer, "Rally the Troops," which you can check out below:


"The past three years have been incredibly inspiring and rewarding for Bungie. To know that millions of players around the world have forged lasting Destiny memories and even made it their hobby is truly humbling and we can't wait to continue the journey," Bungie CEO, Pete Parsons, added. "We are looking forward to sharing a fresh, inviting story, and with the upcoming Destiny 2 Beta slated for this summer, we are eager to get feedback from millions of players around the world who will get a glimpse of the new adventures that will unfold for all of us. Together, with our partners at Activision, we are thrilled to get Destiny 2 in the hands of players in September."

Gameplay footage will be debuted during a livestream on May 18.

Pre-orders are currently open, and anyone who pre-orders any edition of the game will receive early access to the beta this summer. 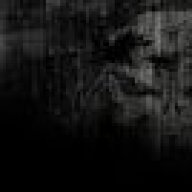 Really excited for this......i was praying for it since i sold my ps4 and went full pc

Now if they add some real variety with the weapons and armour it may become the best game ive ever played! 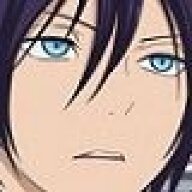 This is good so far. Now let's see if Bungie still remember how to even make a PC port of anything.

Oh, and please give us a proper aim cursor. None of that "towards the lower end of the screen" bullshit.

So far this looks pretty good. I'd like to see some gameplay, but this has wet my appetite. Really, they just need to offer some good weapon variety and keep the story up to this quality.

No idea why the first game never came to PC, but that is just the first in a long list of issues. Hopefully this game has a decent enough story, too.

color me very interested, however I'll have to wait a few weeks post launch probably to see how it is on PC, I'd love to give them my money if they did a good job. 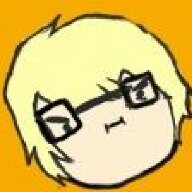 Still need to continue playing the first one on PS4. But..so bland. This trailer however, is not bland. I'd play this.

Well the trailer with marvel-levels of humor was nice, but i'll have to see more than a cinematic trailer before i commit to Farming Simulator's sequel.

Sorry i meant destiny. The main feature always gets me confused.
S

Hope that they get things right on the first try, this time around. I'll be waiting after release to see if it's worth picking up. Seems like ever since they figured out how to optimally milk the hype machine, dev/publishers have just been half-assing the actual games.

DeliveryGodNoah said:
Oh, and please give us a proper aim cursor. None of that "towards the lower end of the screen" bullshit.
Click to expand...

But... but how are they supposed to get you to look at those gorgeous skyboxes they spent so much time on, then?!

In case there are those who missed the story of the first game, allow me to recount it for you, as a haiku;

More depth to the story.

MUCH. BIGGER. SANDBOXES. (With TONS of variety of things to do in them)

RAID. QUEUEING. (FFS bungie, let me PUG my damn raids without going OUT OF THE GAME for it!)

SPACE COMBAT PLEASE (Come on guys, that level in reach was so fucking good, all I'm asking is for that to manifest in the game in SOME capacity! Let my ship be more than just an overglorified loading screen ornament ;_

Glamour (BECAUSE IT'S THE REAL ENDGAME)

And numerous other things off the top of my head. Just please make this bigger and better, I want this to be the game that firmly cements Destiny as a 'legitimate' competitor in the MMORPG scene. 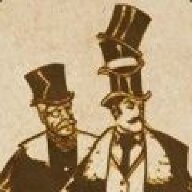 Kyogissun said:
RAID. QUEUEING. (FFS bungie, let me PUG my damn raids without going OUT OF THE GAME for it!)
Click to expand...

I can't second this enough. The absence of matchmaking for raids, Nightfall strikes and arenas is just baffling. Even worse are the arguments raised by members of the fanbase who think that it's a good idea to have to find a forum or a Playstation community to manually advertise "LFG" and then wait for someone to send you an invite.

It's fucking dumb, and someone literally needs to drive over to Bungie, find the game developers who thought "Eh, people don't really PUG raids anymore, do they?" and slap them with a wooden plank labelled "EVERY MMO SINCE 2005"

(Even if they're serious about this bullshit "playerbase camaraderie" argument, why isn't the LFG function in the game? Why isn't there an in-game menu I can bring up that lets me set myself as LFG for this-and-that and see other players who are also LFG for this-and-that? Why do I have to do all this shit through PSN and internet forums?)


Kyogissun said:
SPACE COMBAT PLEASE (Come on guys, that level in reach was so fucking good, all I'm asking is for that to manifest in the game in SOME capacity! Let my ship be more than just an overglorified loading screen ornament ;_
Click to expand...

Eh, I'm less on-board with that. Space combat would mean adding an entirely new dimension to the existing game. I can understand Bungie being hesitant to try and chew on that kebab.

Plus, having player ships serve as an upgrade for your loading screen actually seemed brilliant to me. You spend a lot of time on loading screens, looking at your ship, so you get to appreciate that rare ship you found that you really like. And when you're grouped up, you get to show off your ship to other people in the fireteam.

On PC, YEAAAAAAAAAAH. Now if only they can fix the boring gameplay, crap leveling system, and non existent story from the first game.

Why bother paying around 170e for a game? Why not play Warframe? It's better than Destiny in every regard and it's free.

Chaos Marine said:
Why not play Warframe? It's better than Destiny in every regard and it's free.
Click to expand...

"better" except for the crap shooting, and the unbearable grind, and the massive egregious pay2notwaitafullmonthforonegoddamnframe, and the terrible acting, and the raids that are so shit no one bothers, and the tedious shallow progression, and the non-existent balance, and the douchbag devs, and so on and so forth. Or did they patch respectable quality of any kind into Warframe when I wasn't looking?

OT: Hell to the yes. I can only get a limited amount of excitement from a cinematic trailer, but this was a damn good reveal and I can't wait to see some gameplay.
Destiny 1 was the victim of a tortured development and a team that wasn't quite sure how to pull off some elements of the game they wanted to make, and as such didn't realize it's potential until long after launch. If Destiny 2 can start off at the level of quality brought to Destiny 1 by The Taken King and the accompanying systems overhaul then it will be a very strong contender for my personal GOTY.
Show hidden low quality content
You must log in or register to reply here.
Share:
Facebook Twitter Reddit Pinterest Tumblr WhatsApp Email Link
Top Bottom