Destiny: The Taken King Won't Have Its Raid At Launch

Destiny: The Taken King Won't Have Its Raid At Launch 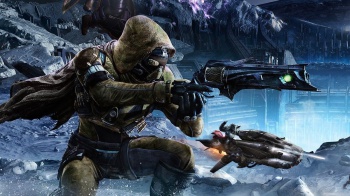 Destiny's The Taken King won't have a highly-anticipated raid at launch, but Bungie assures fans it's worth the wait.

It may not be what you expected, but Destiny remains one of the most-played games of 2014, and <a href=http://www.escapistmagazine.com/news/view/141442-Bungie-Has-Revealed-Details-on-the-Upcoming-Destiny-The-Taken-King-DLC>its upcoming "The Taken King" expansion certainly adds to the appeal. This DLC campaign will include new enemies, story missions, a huge new location to explore, and <a href=http://www.escapistmagazine.com/news/view/141878-Nolan-North-Takes-Over-the-Role-of-Ghost>even Nolan North's voice. But what it won't have - at least at lauch - is the six-player raid Bungie promised would be its biggest yet.

This news will certainly disappoint Destiny fans, especially those who already felt the game mismanaged its content. At the same time, if The Taken King's raid is as impressive as Bungie claims, it's entirely possible the team needs some additional time to fine-tune the experience. After all, we've already see Triple-A developers delay entire games for that very reason - it's just strange to see it happen with a specific feature of an expansion. Assuming, of course, that quality concerns are the reason for this delay in the first place.

It really depends on how soon they get the raid out. A week or two? That's fine, the only people that should bother is the people who call in sick to play all launch day. I'll be busy gearing up for at least the first week, and probably longer.

If it's much longer than that...well, that's gonna be a big problem.

Seems pretty common for MMOs to have their first tier of raiding behind a time-gate when an expansion hits, so this doesn't seem too crazy. I'd bet it's for the same reason. When people are rushing for world first clears, day one raids means people have to clear the whole leveling and gearing process in a race too.

I don't see why this would be an issue. Other than the 1% of ultra-dedicated fans who take the week off work and play nonstop people are going to need time to gear up and play the non raid new content. Personally I'm super excited to pick up all the expansions and get back into destiny come the 15th.
S

I kindda expected it. I mean, they already released a half assed incomplete game and some laughable "expansions", why not go all the way and just not have all the content you paid for ready when you paid for it?

What a misleading title and article...Bungie has already said the Taken King raid, just like the first raid Vault of Glass, would launch after people had time to level up. Lots of MMOs like World of Warcraft do the exact same thing.

And again Luke Smith manages to sound like an asshole even when the delay is quite reasonable. Honestly that man could make anything sound like a 'Fuck you' to fans

So why does Destiny get an article when other MMOs have been doing the exact same thing for literally over a decade?
S

gigastar said:
So why does Destiny get an article when other MMOs have been doing the exact same thing for literally over a decade?
Click to expand...

Because Destiny isn't an MMO? I remember Bungie referring to it as "an open world FPS with RPG and MMO elements." So maybe it gets an article because this is the first time in console history that a game has not released all content in an expansion at once? Or maybe it's because Bungie and Destiny haven't been called out enough on their bullshit? Maybe both... 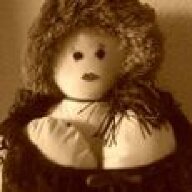 major_chaos said:
I don't see why this would be an issue. Other than the 1% of ultra-dedicated fans who take the week off work and play nonstop people are going to need time to gear up and play the non raid new content. Personally I'm super excited to pick up all the expansions and get back into destiny come the 15th.
Click to expand...

It's an issue because their Raids seem to get farther and farther away with each new expansion. Crota launched without a Hard mode (it launched nearly two months later). House of Wolves had an arena rather than a Raid (and it wasn't even as complex as a Raid - and I say this as someone who was really excited to have an arena mode even without a Raid). Now Taken King doesn't even launch with a Raid/end-game content at all.

Then you have how long it takes them to fix major bugs in their Raids. Crota's 'surprise smash' bug didn't get fixed till May (six months after the normal Raid launch). Some of the bugs from Vault of Glass didn't get fixed till May either (teleporting less than three people, teleporting them with shields around them, etc). Basically, to have a stable, playable Raid takes forever with Destiny. So to hear that it's not even going to be available at launch is a bit frustrating.

It may not be what you expected, but Destiny remains one of the most-played games of 2014...
Click to expand...

Sooo what does this say about 2015? That it is one of the least played?
Also wow announce and advertise expansion with new raid being one of the main focal points, get the pre-orders in, 15 days before you intend to make it available tell everyone you don't actually intend to release said raid with the expansion pack they advertised it on and also say you don't actually have a new release date for it. Really sounds like they want to draw out participation in Destiny to justify it's continued existance.
F

If they have a good reason, like an in-game event or quest series that leads up to the raid, it can be excused.

If they're simply selling & launching an expansion before it's ready, screw them.

Bungie not releasing the full game at launch? *shocked*

Joking aside, I really hate the hamfisted multiplayer approach they take anyways. Not only is it difficult to get a group together in the game but there's also little to no reason why they can't give single player alternatives or allow matchmaking in many of the modes.
Show hidden low quality content
You must log in or register to reply here.
Share:
Facebook Twitter Reddit Pinterest Tumblr WhatsApp Email Link
Top Bottom