//cdn.themis-media.com/media/global/images/library/deriv/781/781433.pngAccording to Disney CEO Bob Iger, Star Wars will continue past Episode IX, and there are no plans to ever stop making Marvel films.

Disney is just about to kick off Phase Three of the Marvel Cinematic Universe, building to an explosive finale in <a href=http://www.escapistmagazine.com/news/view/165845-Joe-And-Anthony-Russo-Claim-Avengers-Infinity-War-Features-67-Characters#&gid=gallery_5411&pid=1>the two-part Avengers: Infinity War. But everybody knows the series won't stop there - <a href=http://www.escapistmagazine.com/news/view/133485-Marvel-Studios-Is-Looking-Ahead-to-2028>Marvel Studios already admitted its plans extend to 2028. So when will stories of the Avengers finally come to an end? According to Disney CEO Bob Iger, perhaps never.

"[With] Marvel, you're dealing with thousands and thousands of characters - that will go on forever," Iger said. Presumably the only thing that might halt Marvel superhero films is audiences getting tired of them, which Iger doesn't see happening anytime soon. "I don't think they're getting weary, but I think we keep raising the bar in terms of telling stories that bring them back, that excite them, that make it feel new and that is what we do for a living."

Iger's certainly not wrong. Critics have argued that audiences would get sick of superhero films ever since Phase 1, but Marvel Studios have consistently put out multiple smash hits a year. And with Civil War, new Avengers movies, and <a href=http://www.escapistmagazine.com/news/view/139777-Marvel-and-Sony-Confirm-That-Spider-Mans-Joining-the-Marvel-Cinematic-Universe>an anticipated Spider-Man reboot on the way, that's unlikely to change anytime soon.

And Disney won't be stopping with Marvel. Star Wars is already getting a multi-film treatment which Iger confirmed that won't end with Episode IX. "There are five Star Wars films - four more with Episode VII: The Force Awakens - that are in varying stages of development and production," Iger outlined. "There will be more after that, I don't know how many, I don't know how often."

McDonald's will continue to flip burgers in a similarly infinite fashion. 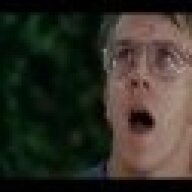 Yes Disney: please milk every franchise you can lay your greasy hands on for every single penny they can cough up. Screw creativity: audiences will suck up any drivel you put before them.

chocolate pickles said:
Screw creativity: audiences will suck up any drivel you put before them.
Click to expand...

'Cept Marvel Studios have been quite creative, and they've made some pretty damn good films? That could stop, sure, but as I was going to post: as long as the films are fun and made by people who clearly care about the properties, bring 'em on (Ant-Man was a decidedly modest film in all kinds of ways, but the script and cast turned it into perhaps one of my favourites from the MCU).

Ditto Star Wars: before Episode VII came out, exactly 50% of the official Star Wars films were utterly shite. Disney have now allowed everyone to heal and move on past the prequels... So if the films are anywhere near as good as TFA? Bring 'em on - I'm fine with Star Wars films being good for the first time since '83, and seeing more of the world/s beyond the established familial dynasties.

Darth Rosenberg said:
'Cept Marvel Studios have been quite creative, and they've made some pretty damn good films? That could stop, sure.
Click to expand...

You mean, before "forever"?

I remember when I read that Marvel had plans up until 2019, and wondering "the hell?" Now...2028. As in, eighteen years. As in, the lifespan from a newborn to what's generally considered an adult. Which would be fine if the MCU contained stuff other than junkfood. Yeah, junkfood is fine now and again, but eat junkfood for 18 years, you're running the risk of diabetes, so to speak. And that's not counting the years prior to now.

If anything, that the plans beyond Episode IX are vague is a bit more reassuring. Yeah, TFA was a dud, creatively speaking, but hey, that could change. As in, maybe there could be a reason for Star Wars films to be made beyond money and rehashes...maybe...possibly...?

While I love superheroes, I'm assuming this is just our current fad and the popularity will wane. Still, I could see the full legitimization of this genre as being the finalization that we should always see them (just as we are still getting zombie flicks both good and bad), they just will eventually take a back seat to whatever the next fad is.

Marvel could go on forever, but can the MCU? If the audiences are there and the quality's up to standard - why on earth not?


Hawki said:
Which would be fine if the MCU contained stuff other than junkfood. Yeah, junkfood is fine now and again, but eat junkfood for 18 years, you're running the risk of diabetes, so to speak.
Click to expand...

So... er, are you imagining a future where no one else makes films other than Marvel Studios? 'Cause that's not exactly likely... Other films are still being made and released and watched, y'know.

Marvel could go on forever, but can the MCU? If the audiences are there and the quality's up to standard - why on earth not?
Click to expand...

Because forever is a long, long time.

So long as Disney/Marvel's superhero competitors are still around by 2028 I'm fine with this. If I lose interest I'll at least still have other offerings in the mainstream superhero genre.

Marvel could go on forever, but can the MCU? If the audiences are there and the quality's up to standard - why on earth not?
Click to expand...

Because forever is a long, long time.
Click to expand...

The human race won't survive forever, but Marvel apparently will...

The sooner this fad peeks, the better off we'll be. If this is Disneys idea of raising the bar, then I'm quite concerned.

What are they going to do when iconic actors are done playing said characters and don't want to renew the contract?

Make sense, in a same way, Marvel comics will go on forever aswell due to the reboot to their origin stories and etc.

I've always hoped that, rather than recast their characters with new actors, they'd just bring in new characters and retire the older ones. Or, if they must keep Iron Man/Cap/etc. around, have it be a new character taking on the mantle of the old heroes. For example, RDJ is Tony Stark, and I reckon it'd be near impossible for audiences to accept someone else in the part without some kind of reboot or in-universe explanation for the change, and even then it'd be a tough sell.

1. Soft reboots with younger, hipper, cheaper actors ala Days of Future Past.

Provided they actually remain creative, learn from past mistakes and faithful to the comics, I'm fine with this. For me, there haven't been any Marvel films I outright didn't enjoy even though some were lackluster.

Likely trying to promote other characters in their place. The current A-list for the MCU where all C-list characters before their movies after all, and Guardians of the Galaxy was a niche even within comic books fandom before they made a movie.

Though anther thing to note is that he said Marvel movies will go on forever, not the MCU. The MCU as is stands was originally going to end in 2018, before getting an extension to 2021 and then to 2028. By that point they're likely to reboot the whole thing and create a new continuity for their live action movies and series. Though if I where a betting man I'd also put money on them one of the characters end up crossing from one universe into the other at the end of one MCU and the beggining of the "MCU II" or whatever they're going to call it.

Johnny Novgorod said:
Because forever is a long, long time.
Click to expand...

Who cares, given to you or I "forever" is a meaningless term...

All that matters is surely the quality of the films being made. The closest the MCU's had to absolute stinkers so far is probably Iron Man 2 and Thor The Dark Thor World, and as obnoxious as the former and as dull as the latter were, neither were anywhere close to the nadir of comicbook filmmaking over the years.

Currently, I think the worst the MCU has to offer is dumb, but entertaining movies. I can't think of a single MCU movie I think I could have been better off not seeing. At it's best, the MCU has given us movies like Iron Man, Avengers, Winter Soldier, and Guardians of the Galaxy. That's a damn good track record.

If anything, I could see them slowing the pace of the movies in later years. At the end of the day, I only care that the movies are entertaining. And even Ant-Man was a surprisingly good heist film with a guy that can shrink.

As for Star Wars, we already knew this, didn't we? I know I had heard they were planning to make Star movies even past IX.