Good call. You wouldn't want people seeing the gold bikini, their minds jumping to how she got in the gold bikini in the first place (trying to rescue Han Solo and almost succeeding) or how she eventually got away from the gold bikini (killing one of the biggest crime lords in the galaxy with little more than her bare hands), and think that Leia was an interesting or capable character. 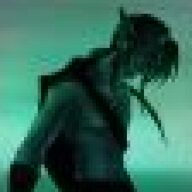 Fucking lies. Her "going gangsta" was only a slightly redeeming factor to a scene where had been forced to be quiet and act as a sex slave. The white robes with the hair-buns are what she wore in her first appearance, when she defied Vader, when she saw Alderan destroyed (one of her defining experiences), when she escaped the Death Star and took charge of her own rescue by physically taking a gun and blasting up a path. If you are seriously calling the slave scene "the most important aspect of her character" then I call BS.
L

Reluctant as I am to drag this thread up again, I feel its somewhat important to add this:

Carrie Fisher herself did an interview with the Wall Street Journal just this week in which she called having no more merchandise with her in the bikini "stupid". Despite fairly clearly not exactly loving the outfit herself.

There?s been some debate recently about whether there should be no more merchandise with you in the ?Return of the Jedi? bikini.

To stop making the merchandise?

The father who flipped out about it, ?What am I going to tell my kid about why she?s in that outfit?? Tell them that a giant slug captured me and forced me to wear that stupid outfit, and then I killed him because I didn?t like it. And then I took it off. Backstage.
Click to expand...