Nickelback are a Canadian rock band formed in Canada. They are said to have gotten their name from the iconic opening sequence of Jay & Silent Bob Strike Back. The main lineup comprises guitarist/vocalist Chad [sic] Kroeger, guitarist/keyboardist Ryan Peake, and bassist Mike Kroeger. They have changed drummers multiple times in their first decade of activity, but seem to have settled on Daniel Adair, formerly of 3 doors down (not the band, he lived three doors down from Chad [sic] back in 2004).

Do you believe in reincarnation? Many times have I sat, procrastinated on a review, and reflected on the permanence of the human spirit -- on this notion, at once elusive and enticing, that our presence does not merely vanish into an endless ether once our body no longer exhibits what we consider "conscience". It is elusive, for it is a question with no obvious path of reflection, let alone an obvious answer. It speaks to the difficulty of such a matter that we have so many different theories on the events that unfold once our soul departs the body (and I'm already making a major leap by assuming, for the sake of the argument, that we have some kind of soul in the first place). It is enticing, for it is hard to envision a future where we no longer think, sense, or feel as an individual, even with the caveat that we would have no way to tell in any case. As Diogenes has stated many moons ago: "There is a reason why we call it non-existence; you don't exist. There's nothing. No need to worry about nothingness if you wouldn't be able to tell anyway."

Deep within my aorta, I know this: reincarnation is real, though not in the way you'd assume. Once we die, our soul returns upon the Earth, but we are not given a new start as humans, nor do we retain some sort of memory of our prior experiences. Rather, we become one with the fabric of this world. For instance, we become leaves borne of an oak; we break away from our roots upon the arrival of autumn, take a nearby river and travel downstream until we degrade into the environment once more, only to follow this course once again as a modest cog in the mechanical harmony of the natural cycle. Mind you, it doesn't merely stop there: our spirits persist not only in nature, but in our own works. To create, we must offer a part of our being, and thus our presence lingers not only in the collective memory, but in a more literal sense as a part of the objects to which we were once most attached. I have good reason to believe that Silver Side Up, by virtue of its release date, may contain the souls of the victims of 9/11.

Nickelback is generally described as a post-grunge group, since the music of their classic era is essentially a more accessible form of grunge, but I would actually describe them as "deconstructed grunge". A bold term, perhaps, but one that suits the equally bold band. It may be silly to compare this to the recent genre of "deconstructed club", given that its stylistic foundations lie in electronic and dance music instead, but the two are more alike in what they represent than what you may think. In the same way that deconstructed club boils down to hipsters making by-the-numbers Top 40 pop music with an industrialized sound that would have been experimental in 1988, deconstructed grunge is actually Top 40 pop with a slightly harder guitar tone. I have it on good authority that Chad [sic] Kroeger and the boys perfectly knew what they were doing, and have thus offered a biting satire of shallow musical innovation as a result of the fragmentation of musical scenes in the Internet era more than a decade beforehand. They were so ahead of their time, in fact, that they have been unrightfully branded as, and I quote from a review off RateYourMusic, "Mullet music, need I say much more. They represent the really shite side of corporate dad rock, Chad [sic] Kroeger has a huge mouth."

Now, I would normally go into further detail regarding the music and production, but I have a bus to catch in 30 minutes and I haven't actually heard this album in years, so instead I'll spare a few words on the song titles, which I feel reflect quite strongly the brilliant satirical side of this group. "How You Remind Me" was understandably a major hit single, perhaps because it's the one song of which I remember the chorus; that being said, I believe that its name is a sly reference to the intentional redundancy of their melody work, which helps us know that Nickelback are secure enough in their abilities to add a healthy dose of self-deprecating humor into an otherwise serious social statement. I relate very much to "Woke Up This Morning", because I did in fact wake up in the morning three hours ago. While there are plenty of good contenders, my favorite cut has to be "Look What Your Money Bought", a title that, like many great works (Linkin Park's A Thousand Suns comes to mind), is very much up to interpretation. For my part, it seems only logical that it serves as a vicious indictment of the group's audience itself for not getting the joke, and thus spending money on their records instead of stealing them. System of a Down would reprise this idea later with Steal This Album! in 2002, but I feel they made the statement a little too on-the-nose.

For low points, I don't know what a "Hangnail" has to do with the state of Internet-era musical development, and I find "Just For" a rather bizarre lapse in sentence structuring. Just for what? It's definitely a blemish in an otherwise brilliant selection of song titles. Even so, that bus is coming in a few minutes, and thus I will offer these three final statements: Silver Side Up is the first in a series of excellent Nickelback albums, which would turn the foundations of rock radio upside down and give the band a permanent spot as one of the great innovators in recorded music. Dark Horse would actually be my favorite record in that selection, but on a somewhat objective standpoint of originality, this is their best for sure. Dicks.

There seem to be multiple functionalities that are impossible to use, lest I receive the error message "Oops! We ran into some problems. Please try again later. More error details may be in the browser console." which prevents me from previewing or posting the thread. Spoilers, text alignment other than left, text coloring, the use of non-standard fonts, and larger font sizes all give me this error. Here's my review on the old forum for comparison: https://v1.escapistmagazine.com/for...Nickelback-Silver-Side-Up-2001-CLASSIC-REVIEW
Reactions: Fat Hippo

Cherry stem with her mouth she could tie in a knot
Favourite trick she does, one in ten that she's got
Making friends, setting trends, hardly having to try
All the looks by the book, best that money can buy

[Outro]
Cherry stem with her mouth she could tie in a knot
Favourite trick she does, one in ten that she's got
Making friends, setting trends, hardly having to try
All the looks by the book, best that money can buy

@Nick Calandra I was able to write a comment with all the stuff Martin said wasn't allowed for him, but if I tried to edit I get the same error when I try to save it.

Strange, you gave me the impression a couple of minutes ago that you weren't so grateful:

SupahEwok said:
Strange, you gave me the impression a couple of minutes ago that you weren't so grateful:

Listen, I hold no responsibility for things I say outside of this forum. 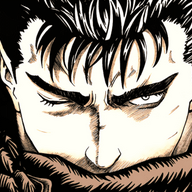 Okay Nickelback are good, but have you heard of Big Time Rush?

Neuromancer said:
Okay Nickelback are good, but have you heard of Big Time Rush?
Click to expand...