Disorder Reviews: The Dark Side of Animated Music Videos

THE DARK SIDE OF ANIMATED MUSIC VIDEOS​
YouTube animators have been treading precarious terrain for many years now; ever since the platform has decided to place emphasis on watch duration instead of raw views for monetization, this community has been fighting an uphill battle to make a worthwhile living in a domain where a mere 1 minute of footage can easily take weeks to draw to the creator's satisfaction. To be an independent animator, one must be capable of near Herculean resilience and devotion to their work, as the stress of getting your video demonetized for reasons such as copyrighted content or partial nudity is enough to break even the most hardened of industry veterans, were they to ever be booted from Disney and made to put their skills in practice for a much more niche and specialized market. Indeed, the members of this community share not only a common interest, but similar experiences with adversity, which they have had to confront as soon as they had discovered their passion. On this special report from Disorder Reviews, we will discuss the psychological torment that has lingered inside many YouTube animators, particularly AMV creators, from the early days of their career. So as to maintain the anonymity of the people we have interviewed, we will refer to them through substitute names.


----​
In many places, independent animation remains a very niche vocation, and thus is quick to receive the ire of others as "undesirable" or "useless". Thus, many aspiring artists have to keep it a close secret, lest it become a mark of shame instead. Our first guest, Christian from California, began animating as a hobby around 2008, during his bachelor's degree in biology at USC; taking inspiration from the subject matter of his classes, many of his works since have consisted of skits between anthropomorphic characters, set to a song from any given musical or early 2000s alternative rock album. In the following exchange, he describes an incident early in his career:

Mr. Disorder: When did people learn about your occupation?
Christian: Well, uh, I didn't know anyone that well so I didn't say much about it for a while. Sometimes, a classmate saw me sketch out an elk or something like that, but maybe they just thought I was bored. Anyway, um, eventually a guy started asking me about it.
MD: Did he seem to share your interest to the same degree?
C: He didn't draw to animate, he said he did it for comics instead. He was impressed with some of my more realistic stuff though, and he was really supportive about it. Thing is that my AMVs, like, I draw those animals more cartoony, Disney style or what you see on TV, you know. At some point, I decided I'd show him a video I made for a My Chemical Romance song, and he... he said he liked it, but he didn't look really enthusiastic about it. Then... [he goes silent for a moment]
MD: What happened after that?
C: I think- no, I know he told someone else about it. I heard some of my classmates talk about what I made when they thought I wasn't listening. They didn't really mess with me but it still really hurt to have people judge me for something I mostly kept to myself. He really broke my trust, and I was really afraid my family would find out about it -- they hate the sort of thing I make. Luckily I ended up moving out before they did, but... I wanted to switch to CalArts, and I never got the chance.
Click to expand...

Unfortunately, those who are able to overcome the derision of their direct entourage are still not out of the woods. Many aspiring animators looking for like-minded communities, with whom they can interact and further hone their craft, will find themselves at another roadblock when others respond with stern criticism, if not elitist platitudes. Even in the world of art, not everyone is so tolerant, especially not when AMVs are often seen as "amateur". Bernard, also from California (1678 Lakeview Avenue, Anaheim, CA 95781), has been working professionally for multiple years, making video game-related music videos for other artists in addition to his own material. In the moment that we've spent with him, it was easy to see his desire to create, but it was also clear that this resolve was the result of a long, arduous process:

Mr. Disorder: Before you had decided to pursue animation as a full-time job, where did you go to find advice?
Bernard: I didn't know any specific places from the getgo, so first I looked at artists I liked on some of the big websites, you know, DeviantArt and all that, since they sometimes post tutorials and stuff. After enough searching, I found actual forums to stick around in. For example, there were some video game or fantasy sites that had a section for art, animations, videos, and you could just share yours and get feedback.
MD: Obviously, this must vary greatly from one day to another, but as a whole, was it a positive or negative experience to put your work out in front of strangers like that?
B: It's a learning experience. The most important thing it taught me is that artists are easily jealous of others, and they're going to try to put you down with any chance they get. They'll nitpick every detail in every frame, without realizing they could be spending that time drawing themselves. If you stick to your style, they'll say you're stagnating. If you try something new, they say you're dumbing your art down! For example, one time I uploaded a Metroid-themed video, and there was this asshole that criticized me for making my designs "more and more simplistic"! Apparently he was looking to make a comic book, but he barely shared any of his own stuff, what the hell did he know about anything?
MD: It seems it was rather difficult to handle this feedback sometimes.
B: Yeah! That's only one example! It happened all the time! Well, you know, it was a while ago, but since then, I really don't listen to what other people have to say. It's clear they rarely want to offer any actual constructive criticism, so when someone starts hating on my stuff, all I do is keep going, and that's something every guy should do once they start making AMVs like me.
Click to expand...

With all this in mind, it soon becomes clear why these animators linger still on the Internet, making a living through any additional means they can (namely Patreon). Many of them have already had to withstand brutal criticism and social alienation to get to where they are -- a change in YouTube's algorithm will do little to stop artists driven by a burning urge to spite people that have put their skills into question. Thus, they are ready to put up with plenty if it means they are still able to create; as long as YouTube persists, these animators will remain as a testament to the individual's tenacity in the face of endless trials and tribulations.

UPDATE: soon after we had completed this report, we were able to contact a comic artist, M.D. Geist, who we have reason to believe has known both Christian and Bernard in some capacity. Here is our brief interview with him, so as to offer his perspective:

Mr. Disorder: Mr. Geist, I have two dossiers here of AMV creators, with their YouTube channel, their home address, social security... can you confirm that you are acquainted with both of these?
M.D. Geist [observing the documents]: Huh... I recognize that first guy, he was in my biology classes at USC. He was pretty talented, but he mainly did these weird furry animations set to a bunch of show tunes.
MD: Have you seen much of his work since that time?
MDG: Yeah, I saw a channel at one point that pretty much has the style that he had back then, though a little worse. I think his latest video was some Zootopia shipping AMV with a really suggestive thumbnail, it was nasty enough to dissuade me from watching it.
MD: What about the second one? I believe you would have seen him on some sort of video game forum, where you would have criticized him for "dumbing down his style".
MDG: I've seen plenty of artists online, I wouldn't be able to tell you.
MD: His videos were, let's say... do you know Starbomb?
MDG: Oh! Was he the guy with the Zero Suit Samus video who got passive-aggressive every time someone had something negative to say?
MD: Yes, he shared a Metroid video around the time you would have seen him. The interactions that these two have had with you have ultimately been negative; knowing how they have turned out, and being an artist yourself, do you feel any remorse for having possibly discouraged them in their artistic pursuit?
MDG: Fuck no, did you see the degenerate shit they were drawing? They're barely pretending it's not porn. I clearly haven't done a good job if they're still drawing, I'm gonna give them a visit right now!
[M.D. Geist leaves the room with the dossiers. There's a short pause until Mr. Disorder speaks to the camera operator:]
MD: You think we can get arrested for giving him that?
Click to expand... 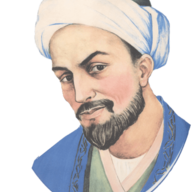 I am not entirely sure what a furry is, but it sounds pretty haram.

What did I just read.

Anti-American Eagle said:
What did I just read.
Click to expand...