Do These Korean StarCraft Commercials Have a Release Date?

Do These Korean StarCraft Commercials Have a Release Date?

Will the world be constructing additional Pylons and Zerg rushing on May 22nd, or are these commercials for something else?


The video you see above is the first of three StarCraft-themed commercials, apparently produced for Korean Air - commercials that could potentially give away the long-awaited game's release date.

Each of the commercials is themed around one of the game's three iconic races. The Protoss Dark Templar uses its cloaking to touch the girl seated in front of it, a hapless air traffic controller needs to deal with a Terran Dropship, and an unlucky flier finds himself sitting next to a goo-spewing Zerg Hydralisk.

All three of the commercials close on a shot of a Korean Air plane, labeling 5/22/10 as "D-Day," and asking the viewer: "Are you ready?" The thought that immediately springs to mind, of course, is that these commercials are revealing the StarCraft II launch date. The game is incredibly popular in Korea, which would seem to lend credibility to the rumors - and it would be almost exactly three years to the day after the first unveiling of StarCraft II on May 19th, 2007 in Seoul.

On the other hand, IncGamers [http://starcraft.incgamers.com/blog/comments/korean-starcraft-ii-commercials-with-a-date/] raises some very good rebuttals: All of the quotes / units involved are from the first StarCraft, rather than its much-publicized sequel, for one. This could just be a promotion for Korean Air, and have nothing to do with SC2.

For another, would Blizzard really let one of its most highly-anticipated secrets be leaked by, of all things, an airline company? That'd be a bit too sloppy for the notoriously tightly-kept studio.

Still, it's worth crossing our fingers - one of the best games of 2010 could be just a month away. Here's to hoping.

In case you were curious, here are the other two commercials:

LET THESE BE TRUE!

Also that third advert is hilarious! I want to see a hydralisk on a plane! 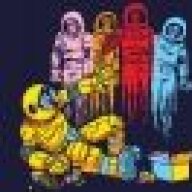 Oh God... Can't wait for this. For The Protoss! Revenge For Aiur!

Apparently, Korean Air is a big sponsor of Starcraft tournaments, so it could be the announcement of big (as in, live, prime-time TV worthy) tournament date. Anyone knows any dates for major Starcraft contests this year?

Considering the Korean Ratings issue, I doubt that this date will be valid.

argh...I wish those were about SCII, but alas, it seems very unlikely
I wish that Blizzard would press on to deliver a release date for the Terran campaign. That is IF they are not also preparing the release for Zerg and Protoss campaigns. In that case, I say 'let them prepare fully'
T

Catkid906 said:
LET THESE BE TRUE!

Also that third advert is hilarious! I want to see a hydralisk on a plane!

Imo that was the only good add.. the other two were just bad. Some CGI with totally nonsensical use of the unit quotes. 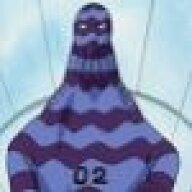 Kushin said:
Oh God... Can't wait for this. For The Protoss! Revenge For Aiur!
Click to expand...

anyway as much as i would love this to be true the fact that the hydralisk looks exactly like its SC1 version instead of the undated graphics/art of SC2 makes me question it....and the SC1 sound files of the other commercials. =(

I hope it is. If not, cool ad anyway. 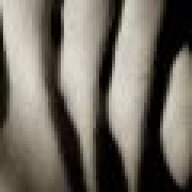 Actually, not to put a damper on the excitement for SC2, I'm more inclined to think that these are commercials for Starcraft 1. Specifically the OSL Finals, the largest professional Starcraft competition in Korea, of which Korean Air is the primary sponsor for this season.

They are currently finishing up the Round of 16 competition, which could mean that the finals would fall sometime around mid-May: Which is pretty close to the May 19th date quoted in the commercials.

I hope this is true, because it will be pretty epic.

Why do the characters have English voices? I always thought that there was a Korean translation. Do all Korean players listen to the original voice acting?
N

Before the game can come out, Blizzard must construct additional pylons.

tyrannus007 said:
Why do the characters have English voices? I always thought that there was a Korean translation. Do all Korean players listen to the original voice acting?
Click to expand...

The original didn't, well not for the unit selection sounds at least. Also the pro-koreans for sure use the English versions.
T

This is not for starcraft 2. It is definitely to hype up the Current Korean OSL finals, a major professional starcraft 2 tournament, which is sponsored this season by Korean Air. Not only does the sponsor name and logo appear at the start of video 3, but if you look at the small text at the very end, it actually says "Korean Air Stargleague 2010". And it's also in the style of the promos that they use to open each match with during the current group rounds being aired. 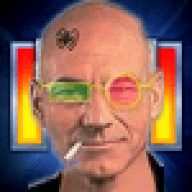 holy shit! these are amazing.

I always forget how huge StarCraft is in SK
R