Do We Live in a Computer Simulation? 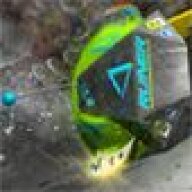 It's being taken as a serious possibility. We are far from the computing power needed to find out, but the idea is being tossed around a bit more.

Personally, I do think it would explain a few things such as the four fundamental forces or evolutionary gaps, the "why" part of it. There's all kinds of far reaching implications if the "testers" altered a few variables on the subatomic level which would allow for a vast number of universes being tested. 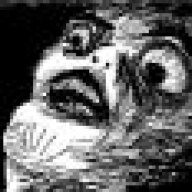 It's very possible to have a computer simulation of a universe, although this universe probably not one, for many reasons.

Firstly, there doesn't seem to be any evidence here that shows that our minds are connected to something external, although now that I think of it, perhaps there doesn't need to be.

Secondly, we certainly don't have free will here, because that would require our minds to defy the laws of nature and do whatever they want for no reason, so I wouldn't see any point in a universe simulation except for research... This also means that if we are connected to a simulation, then our 'real selves' aren't having any effect on the decisions we make here, they're just experiencing our senses and thoughts.

Thirdly, if this is a simulation, the chances that the creators of it are human is seriously infinitely improbable, given that humans have been around for a microsecond in terms of evolution, and the universe is rather large, and there's probably other life.

If there ever was a simulation of the universe, it would not have active agents connected to it. There wouldn't be any point unless it was a small-scale simulation, and not a universe simulation. It would only make sense to have active agents connected to a simulation if it were for training or recreation. Proper simulations of a universe would definitely be standalone, with nobody connected, because having people connected would instantly defeat the purpose of a true, natural simulation entirely, unless the people inside it were unable to control their person, and only experience it.

I think if we worked out the precise conditions of the big bang, and simulated it on a ridiculous computer, you could fast-forward and watch life begin on Earth, the dinosaurs become extinct, humans evolve etc. etc. etc. What would really boggle my mind though, is if we fast-forwarded into the future, with the intent of discovering new technology that we come up in the future - a paradox. I now think we will eventually either become too smart for our own good, or we'll continue to destroy our own planet with nowhere to go.

If it is, we would almost certainly be the last to know. The only way we could even think to judge it is to know what the [hypothetical] real world was like and what parts of our world are at odds with it. And that can't happen if we never see the [hypothetical] real world. Judging without that knowledge would be like a blind man trying to describe a rainbow BEFORE anyone told him about it. Put more bluntly, there's simply no way to even hypothetically test the proposition. We simply don't have the experience required to test it. 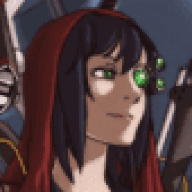 Does it matter whether we live in a computer simulation?

We live, we take the pleasure we can, we die, if death only occurs in the simulation, it might be worth checking the real world out and finding a way to explore it.

Unless this sim could occur naturally in "reality", there is probably intelligent life, dictated by suffering and pleasure like us.

This philosophical quandry has existed for a very long time.. and really, there is no answer as I see it. The fact is, if we were and if the simulation were developed to the required extent, we'd never know. Even us questioning and researching the matter could all be accounted for within the structure of the simulation. Should we find "the truth," who's really to say that it's not just another layer of the simulation?

Of more interest to me, as Coppernerves asks, is if it really matters one way or another.

This is one of these zero sum questions, any sufficiently advanced simulation of reality is reality since the two are indistinguishable.

Really doesn't matter to me.

If you're thinking along the lines of the Clockwork Universe, there's a fair bit of opposition to that, and it is still largely undecided as to whether our thoughts are the effect of the Clockwork universe playing out, and predictable if you know enough, or whether various other factors are at play giving our thoughts randomness, or even an intangible ability to control our thoughts that is not completely reliant on the chemicals and electrical signals of our brain. To truly answer this question we'd really need to understand what consciousness is, which we really don't.

Sure why not, there is nothing to say that it is impossible and I think its a really cool idea. Either way, it makes no difference to us. 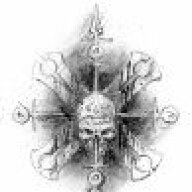 Have you ever watched The Thirteenth Floor, a rather good film really.

Cartesian doubt. the answers were adressed while ago.

"the demon and the dream" problem

wombat_of_war said:
anyone else pondering the thought of their sims realising they are living in a game?
Click to expand...

The's going to be the plot for a Sims film, actually.

OT: I think it's possible that we're living in a simulation. Though if that is the case, I'm sure we'll never be able to find out. Whatever or whoever is working the simulation probably wouldn't let us.

People have faith in crazier stuff than this and are still considered normal.

My take? Not enough evidence to believe were in a computer. 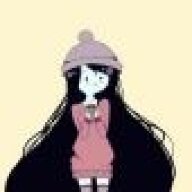 Hoplon said:
This is one of these zero sum questions, any sufficiently advanced simulation of reality is reality since the two are indistinguishable.
Click to expand...

I never thought of it like that. You sir, have blown my mind.

If you're thinking along the lines of the Clockwork Universe, there's a fair bit of opposition to that, and it is still largely undecided as to whether our thoughts are the effect of the Clockwork universe playing out, and predictable if you know enough, or whether various other factors are at play giving our thoughts randomness, or even an intangible ability to control our thoughts that is not completely reliant on the chemicals and electrical signals of our brain. To truly answer this question we'd really need to understand what consciousness is, which we really don't.
Click to expand...

Well everything we do understand fully follows the laws of nature. Perhaps the brain is different; I can't prove to you right now that it isn't, so you have me there. However, it's certainly safer to assume that it isn't special, just like everything else we know in the universe. Believing the brain is different to everything else is irrational and almost an excuse not to study it closely. The fact is, it's more likely that the brain does work like clockwork, than that it doesn't, because that's how everything else works. The argument against free will is actually very similar to the argument for God; it requires you to add something new and complicated into the equation needlessly, which offers a poor and unprovable explanation to something we don't understand. Everything complicated in the universe usually comes down to a remarkably simple explanation.

By the way, there's also a lot of direct evidence that supports a clockwork brain - twins behave similarly because of identical genetics (although they don't behave identically because they both have differing experiences that shape them). Also, in a scientific experiment (I can't remember who by, or where, but Sam Harris was talking about it), people were asked to press one of two Red buttons while having their brain patterns studied. The scientists were actually able to determine which button the person was going to press, even before the person was consciously aware of which one they would choose.

"Free will requires you to be able to think something before you think it."
http://www.youtube.com/watch?v=pCofmZlC72g

cloroxbb said:
I think its possible. I havent really thought about it all that much, but I wouldnt discount it. If we are though, the technology that is running this simulated life and universe has to be MASSIVELY powerful if paralleled with OUR current technology.

It would be odd tho, since then wouldn't we be considered Artificial Intelligence? If we can think at this level then those who created us are at a much much higher level than we.
Click to expand...

Power isn't an issue. Your computer could run entire universe. It would be really slow but no one would see how slow it is from inside because everything would be equally slow. Where I think the issue is, is that space to store all the information would require universe larger than this one unless it there would be done like vector or 3D graphics so very detailed information would exist only when you would look at them close enough. This still however would have limit if you looked very close. Something like that however could be solved by something like uncertainty principle. I don't know elementary physics, let alone quantum mechanics but I know that there is a limit to how much you can measure very small particles which would stop us from perceiving things into too much detail and fill up all the memory.

Also this is a good book on the subject:
http://en.wikipedia.org/wiki/Decoding_Reality

It doesn't say anything about universe being computer simulation just that all the universe is made out of information which could fuel this theory greatly. 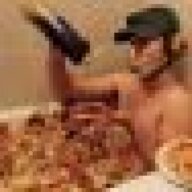 The idea kind of makes me more thankful of the universe (or simulation) that we've got. Because I know that if I were one of the people running these universe simulators I'd be fucking around with it a fair bit, so now I'm just glad that I didn't get put in the "everyone's on fire" simulation, or the "Uwe Boll is the only filmmaker in the world" simulation.
Show hidden low quality content
You must log in or register to reply here.
Share:
Facebook Twitter Reddit Pinterest Tumblr WhatsApp Email Link
Top Bottom