Let me remind you please: 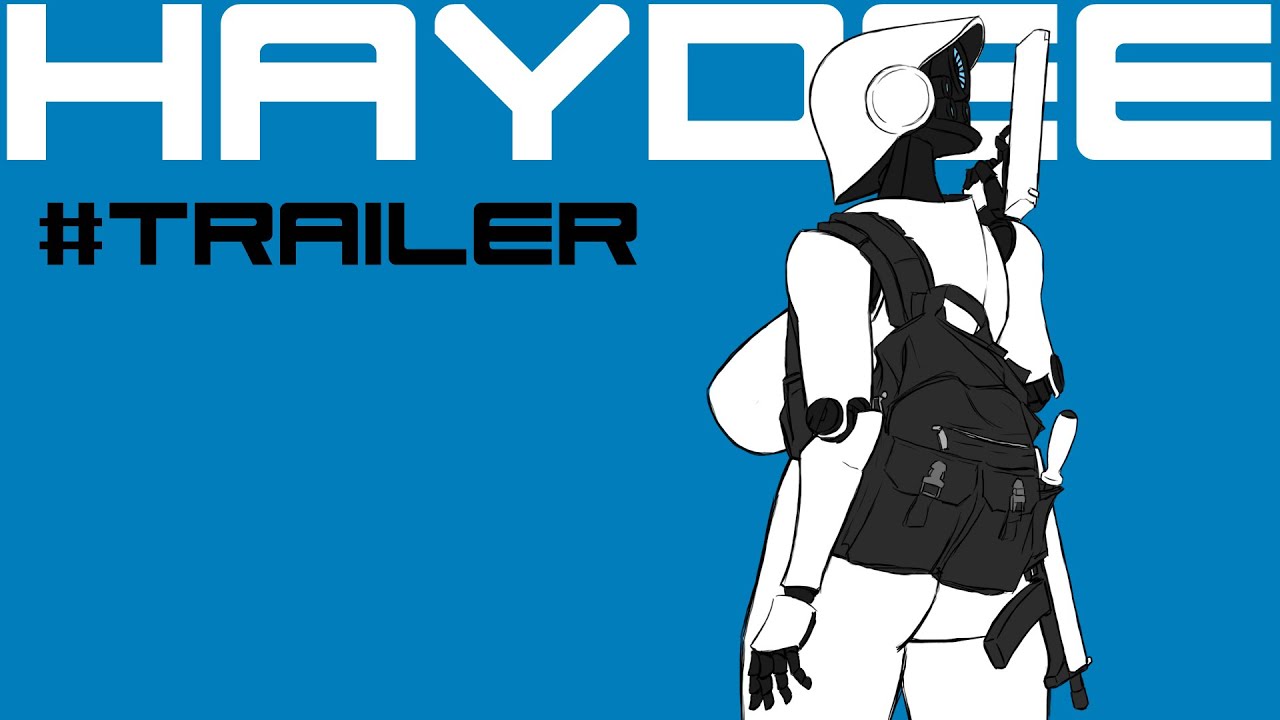 This game was mentioned before by another member of Escapist and it get some negative comments.
BUT!!!!! It seems the game is actually is good!!! [for now]
Go here to see the reviews in question:


​
And before you say that....yes, tits and booty, the developers themselves admit she is just a sexy half human, half robot character you control.

Personally....I WANT the game be successful and at last be another good game not because of the obvious "Sex Sell" trait it have, but that it have actually good gameplay.
Maybe I will buy it in the future. I hope the best for the developers and always do whatever they want.
After all, honesty is the best answer: 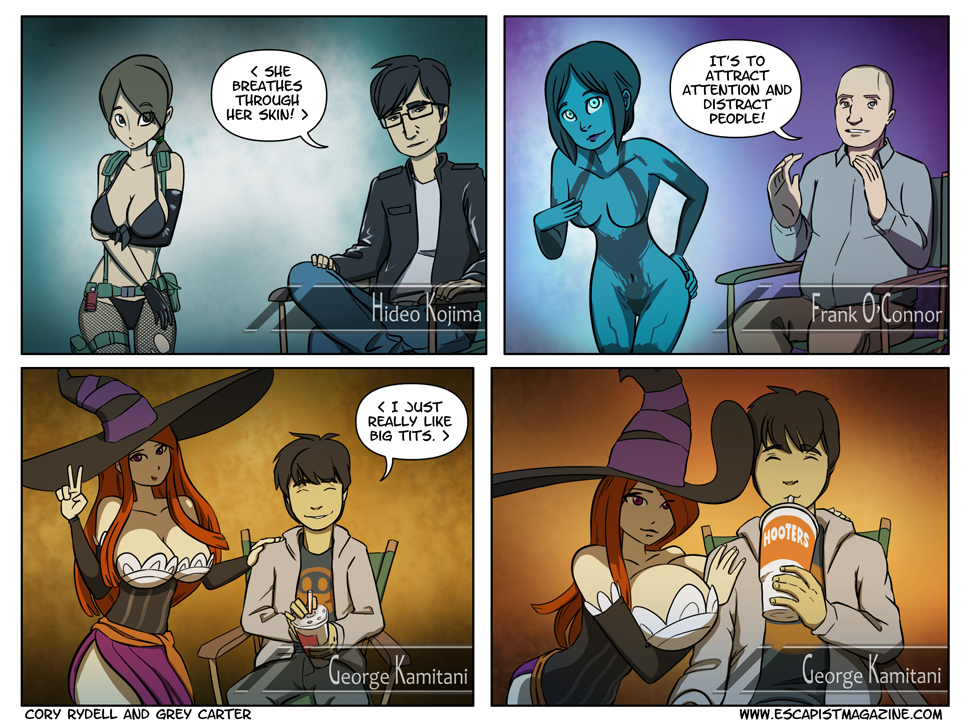 Not even on a bare minimum baseline glassy-eyed-blond-pronstars-pretending-to-orgasm level.

Yeah, still looks as bad as i remember. Barely better than Wu's game that also been widly discussed on these forums, which is something i guess... nah, still nothing convincing enough to play it.

That character model looks so silly (I'm pretty sure those buttocks take one third of the screen width when it's crouching). But the gameplay actually looks fun. Maybe I'll give it a try one day.

So wait, its Portal with tits? 'cause you know like all the characters in Portal are chicks right?

Not a fan of large butts myself so this doesn't really turn me on. Besides that the gameplay doesn't look that compelling to me. I'd say it's pretty rudimentary. I'll probably give this a pass.

Silentpony said:
So wait, its Portal with tits? 'cause you know like all the characters in Portal are chicks right?
Click to expand...

As far I see in the description in its Steam Page, it doesn't have anything similar with Portal aside the minor look and Theme they have in common I guess.
It is surprisingly more like Dark Souls Logic: Watch your surroundings to survive. A Steam user said he died because he pick up an ammo box near a hidden mine.

Silentpony said:
So wait, its Portal with tits? 'cause you know like all the characters in Portal are chicks right?
Click to expand...

Cave Johnson has tits? Did he give them to himself with SCIENCE!?

OT: The gameplay looks like it could be fun, but the horrible abomination of science and tits scares me more than arouses me. I generally find that there is a curve for how much sexiness adds to a game and if you go past the optimal amount you start making your game actually worse.


Turns out it is Cave Johnson under that helmet. 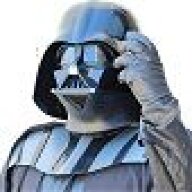 Something about that main character creeps me out. I think it's the bizarre physical proportions. They look... off (might not be quite the right word, but wrong doesn't quite fit either. is "wroff" a word?).

Oh! So this is where that robo lady is from after seeing some images of her. I just thought it was some artist OC.

I think this game looks good regardless of the gender of the protagonist.

On a semi-serious note, I am tired of people body shaming women with big breasts. Wonder why there is a lack of playable female characters in video games? Constantly complaining about how women look and what happens to them in games makes any game developer think twice about making their protagonist female.

KissingSunlight said:
On a semi-serious note, I am tired of people body shaming women with big breasts. Wonder why there is a lack of playable female characters in video games? Constantly complaining about how women look and what happens to them in games makes any game developer think twice about making their protagonist female.
Click to expand...

Other than that, no one criticizing the design of female characters is, at least necessarily, body shaming women with big breasts. At best, they can be accused of shaming game developers for their character design that puts emphasis on a woman's breasts over other, more relevant characteristics that human beings have.
Click to expand...

I was being tongue-in-cheek about body shaming. However, this issue have been covered a few times in the past. The best example being if they gender flipped Guybrush Threepwood.

KissingSunlight said:
I was being tongue-in-cheek about body shaming. However, this issue have been covered a few times in the past. The best example being if they gender flipped Guybrush Threepwood.
Click to expand...

The Guybrush Threepwood argument is the best example of why youtube comments are profoundly worthless and devoid of actual critical thought. The reason Guybrush worked as a character is because he existed as a contrast to your typical male hero who was strong and powerful. When it comes to female characters, you don't have the same sort of thing; if you wanted a similar situation you'd have a game about a princess who is powerful and independent. Quite honestly, the only way that this argument works is if you aren't aware of how male and female characters have been treated quite differently in fiction for a very long time. Maybe after years and years and years of female characters being nothing but strong, that youtube comment will have some merit, but until then it's exactly what one would expect from a youtube comment.
Click to expand...

I don't think we are going to have a constructive conversation. If you going to dismiss out of hand the negative traits that men have been portrayed in video games.

That is the frustration that people have with people who are debating the feminist/social justice side of the argument. You are unwilling to apply the same metrics to men that you do to women.
S

I'll always be the first to defend sexualized character designs in video games, but that particular character just isn't doing it for me. A few reasons:

-Her lack of hair - or wiry appendages that could pass as "robot hair". I've always preferred female characters with long, flowing, shiny hair.

-No face. When I'm playing a sexy woman, I prefer to look at her face and see the expressions she's making, so I know she's enjoying herself and loves to be sexy. Giving her no face at all makes her appear dead and emotionless to me.
Show hidden low quality content
You must log in or register to reply here.
Share:
Facebook Twitter Reddit Pinterest Tumblr WhatsApp Email Link
Top Bottom