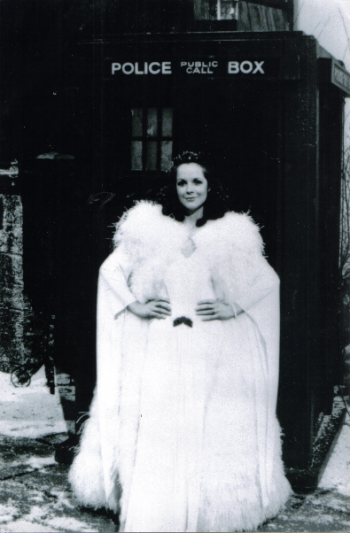 British Actress Mary Tamm, best known for her role as Romana in Doctor Who, has died.

Actress Mary Tamm, who played Time Lady Romana alongside Tom Baker's Doctor Who in The Key to Time, has died aged 62. She had been suffering from cancer. Her husband Marcus Ringrose and two children survive her.

Tamm - born March 1950 - was from Bradford, Yorkshire, and was the daughter of Estonian refugees. Her agent Barry Langford, in a release following her death, said she "was a fantastic actress; she played stage parts of such range, parts that would take your breath away. She could play any role, and do so wonderfully." She was trained at the Royal Academy of Dramatic Art, and said in an interview reprinted on her website that this helped her approach the role "intelligently." Other companions had been hamstrung by their lack of experience, which left them at risk of typecasting. "I was the first companion to have an established career behind her," Tamm said, "apart from Louise [Jameson, who played barbarian Leela], who also trained at RADA; some people say we stand out for this reason."

Tamm only played Romana - aka Romanadvoratrelundar - for one season. She'd been reluctant initially to take the role at all, because she was worried she'd be a damsel in distress type who only existed in the narrative to be second fiddle to the Doctor. "It was way before the time of strong female screen characters," Tamm said, "so it was difficult to break new ground there." Though her character did start off as the Doctor's equal, it soon became clear that damsel in distress was the role the producers preferred she'd play. "I decided to leave because the part was not up to what had been promised, and there was nowhere left to go with character." [http://www.youtube.com/watch?v=gep2IObhqKk ]

According to her website, for personal reasons she particularly favoured The Eve Appeal [http://www.eveappeal.org.uk/], a gynaecological cancer research fund.

Mary Tamm was a magnificent actress, and an excellent Romana. She deserved better than the scripts she was seeing. One of my favourite Who companions, taken from us too soon. Thank you Mary, and farewell. 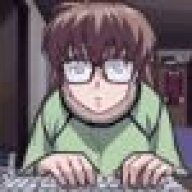 She was an amazing actress. May she rest in peace.

First Lis Sladen, then Caroline John, now Mary Tamm. All well before their time should have been, it's just... wrong.

On a more minor note, Karloff -- Leela's actress is Louise Jameson, no i in it.
K

DeathQuaker said:
On a more minor note, Karloff -- Leela's actress is Louise Jameson, no i in it.
Click to expand...

Oh, I didn't actually know she was from my hometown...

It's always sad too see someone pass away before their time. I haven't seen many of the old episodes, but I think I have seen a couple with her in it.

Also Ramona is one of my potential daughters name.

And thus we lost a brilliant actress. When we find a cure for cancer, we'll send it in the TARDIS, consequences be damned.

I did not know this woman personally or even see any episodes of her time with the Doctor (or special DVDs, you know what I mean) but I am really sad at this. I'm sure she was a great actress but what I'm sad at is another acting person type celebrity (if you could call her that) taken from us at too young an age. I wish all people could live to a ripe old age (late 70's or 80's) dying in your 60's is just too young (for a senior)
Show hidden low quality content
You must log in or register to reply here.
Share:
Facebook Twitter Reddit Pinterest Tumblr WhatsApp Email Link
Top Bottom