Does Being Politically Incorrect Makes You A Bigot?

I wish I could just leave it with that question without adding any context. To avoid having this post getting modded for low content, I'll add some context.

I was noticing that conservatives and liberals were describing Donald Trump's controversial comments differently. People who were for Trump described them as being "politically incorrect" while liberals against Trump were calling them "racist".

So, does being politically incorrect makes you a bigot?

No. Actually it doesnt, because not every black person is "African American". Cause Im sure a few British-born Jamaicans will refute that.

But it is certainly a symptom of racists and racism. I mean, I cannot imagine most racists care to be respectful to those they hate, but no not being "politically correct" doesnt automatically mean you're a racist.

Being a bigot makes you a bigot.

Actually its the exact opposite. Being Politically correct makes you a bigot. A bigot defined as "a person who is intolerant toward those holding different opinions". So I'd argue that political correctness, which tries to control the way you talk, is its intolerant of people who don't subscribe to political correctness. Which is a form of bigotry. 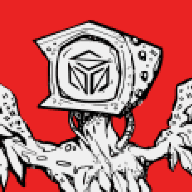 Example: The philosopher and writer Slavoj Zizek, a hardcore communist and propoment of social justice who occasionally uses the term "my nigga" and mocks safe spaces.

As far as I know, you can be rather bigoted without resorting to slurs or socially inappropriate language.

Level 7 Dragon said:
Example: The philosopher and writer Slavoj Zizek, a hardcore communist and propoment of social justice who occasionally uses the term "my nigga" and mocks safe spaces.
Click to expand...

Most of our genes are from Africa anyway, my nigga.

OT: Sometimes you gotta be based. No lie. Swear to it, homie.

No, but there is a difference between pointing out the elephant on the room, and spewing hatred.

Give me one argument that is "politically incorrect" and not "racist/sexist/whatever". I will find hint of discrimination.

Give me one argument that is "politically incorrect" and not "racist/sexist/whatever". I will find hint of discrimination.
Click to expand...

"It's completely alright to paint your face black and talk in a black accent on a party, or other contexts."
There you go.
Click to expand...

Of course, political correctness isn't really a thing it's just a card that people can play to make themselves look like the victim. It's often very loosely defined and alludes to this sort of prohibitive groupthink that hinders free expression, yet a lot of the people that complain about "political correctness" would be appalled by the language they'd hear in the 1920s (and those from the 20s would be appalled by the language used nowadays).

What makes you a bigot is bigotry, while I think complaining about "political correctness" has been far more annoying than political correctness itself (whatever it is) I do not think it makes you a bigot. However there is a correlation between those that complain about political correctness and those that hold or tolerate bigoted views. It shows an aversion to and rejection of criticism and an inability to empathise with different groups of people. Sure I think sometimes it's just a bunch of white people overcompensating but generally, I think moving away from dated stereotypes and language is a good thing.

What really saddens me is that a lot of the white people complaining about "political correctness", specifically in relation to Donald Trump's recent election insist that minorities should "grow a thicker skin". I think anyone who is immune to certain discrimination and stereotyping shouldn't be saying shit like that, because it's like a rich guy kicking a homeless person and saying "just buy a house stop being so lazy, look I have a house why can't you be like me?" Of course I think certain stereotypes are worse than others, a lot are quite harmless but others need a lot of mental gymnastics to justify.

A bigot is just simply somebody who is intolerant to another opinion and so on. Nothing to do with the political leanings of that particular opinion.

Silentpony said:
Actually its the exact opposite. Being Politically correct makes you a bigot. A bigot defined as "a person who is intolerant toward those holding different opinions". So I'd argue that political correctness, which tries to control the way you talk, is its intolerant of people who don't subscribe to political correctness. Which is a form of bigotry.
Click to expand...

But pointing this out is being intolerant towards those who have "politically correct" opinions. Therefore, making this argument or being opposed to political correctness in any form also makes you a bigot.

The problem here is you have an inadequate definition..


Level 7 Dragon said:
Example: The philosopher and writer Slavoj Zizek, a hardcore communist and propoment of social justice who occasionally uses the term "my nigga" and mocks safe spaces.
Click to expand...

2) Zizek espouses social justice
Anyone who has an idea of justice espouses social justice. When the right whinges about immigrants taking their jobs, they're espousing a form of social justice. They're expressing the desire for a world which works in accordance with a principle that they see as fair and just. Zizek, on the other hand, has never really articulated a coherent vision of what a just world would look like except that it would be outside of neoliberal capitalism.

What Zizek did was to point out that "political correctness" (whatever that actually means) is symptomatic of a broader transformation of public space which has its roots in, you've probably guessed it at this point, neoliberal capitalism. His argument is that instead of sharing public space as a common ground, people have accepted an ideology which applies the logic of personal ownership to public space, the idea that everyone has a right to the space around them for example.

He has mocked the academy in general, but that's par for the course. He hates the academy. He's been fairly open about the fact that he views his students as inconsequential annoyances and other academics as simultaneously both awful elitists and beneath him. This is, I suspect, part of why he's a "celebrity". When you keep telling people how shit they are relative to you, some will believe you.

All in all, he serves as both a proponent and example of a model of academia as an escape from having to participate in the corrupt, capitalist world, while remaining amazingly blind to the fact that it's only his enormous success within the awful, neoliberal academy and his consequent "celebrity" status which enables him to live like that on whatever his very comfortable salary is. His entire career has been the self-serving vindication of this utterly narcissistic pretence of being better than everyone else because he can live in the ivory tower and not have to sully his hands with any sort of political or economic engagement with reality. That's the only reason he or his work exists.

No wonder the alt-right suddenly loves him.

Cold Shiny said:
According to all liberals, yes, yes it does.
Click to expand...

Pretty much this. I've actually just learnt to accept it, so when a poster here in another thread rages that everyone who voted for trump is indistinguishable from a stormfront lover, i'm like "yup, pretty much". *sips blood of the virgins from a human skull made out of the head of a jew*.

It is the modern definition even if it isn't the dictionary one.

Gaymaster Nacelle said:
Cultural appropriation has NOTHING to do with "finding exotic" - learn your lefism properly, come on.
Click to expand...

Actually yes it is. A lot of people lump stereotyping and caricature into "cultural appropriation" (so blackface, stupid accents, Halloween costumes) but those things aren't "appropriation". The reason why people find cultural appropriation insulting isn't as blatant, it's more about sticking a price tag on something "exotic" and marketing it as this hip new thing. Examples would be appropriating the imagery of Hinduism and Buddhism because "it looks cool/exotic" rather than because there's any genuine interest in those cultures.

The terms don't mean exactly the same thing; politically incorrectness can describe any culturally inappropriate behaviour, from using outdated terminology to being a white supremacist lynch mob. It is however used almost exclusively for irony these days, used by people to complain about the very concept of political correctness, and who treat being called politically incorrect as a badge of honour. Being called "politically incorrect" here means you are thick skinned, realistic, and defiant of those wishy-washy, over-sentimental socialists - un-PC is a good thing.

Meanwhile, a bigot is someone who is aggressively intolerant of others. The word is far stronger than politically incorrect, even if that term has a broad enough definition to include bigotry.

The terminology illustrates your perspective: either Trump is someone who is needlessly maligned by sensitive left-wingers because he occasionally makes some tough remarks (i.e., "politically incorrect") or Trump is instigating hatred and violence against out groups and should be condemned (a bigot).
Show hidden low quality content
You must log in or register to reply here.
Share:
Facebook Twitter Reddit Pinterest Tumblr WhatsApp Email Link
Top Bottom