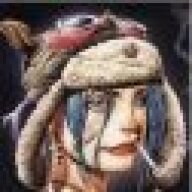 Wrning - spoilers if you're nowhere near this quest

Okay, so I'm having problems with the bug whereby Merril is bemoaning the loss of the keeper without anything having happened to my knowledge. I cannot enter her house becuase that automatically triggers the scene. What I need to know is how to get her Act 3 quest to trigger. I romanced Merril in Act 2, reloaded to a point BEFORE doing her 'A talking to' quest to avoid the spoilerific cutscene ,have finished 'On the loose' and have spoken to Alistair, still nothing. I travelled to Sundermount and was attacked by thieves who had a gift for her, but nothing much else happened after that.
I tried doing a couple of unrelated quest and zoning back to Sundermount, but I only got the 'Justice' quest trigger for Anders.
Can anyone tell me how to get this quest to pop as my playthrough has pretty much stopped dead now, and it's only my first. if I lose momentum now, I likely won't bother finishing it.

I apologise if this has been dealt with in another topic, but I couldn't find anything (it's hard when you don't want to spoiler any more of the game than necessary)

P.S. Is it true that if you sleep with Isabela at all (I had one night with her before romancing Merrill, then Isabela buggered off) it bugs the epilogue as if you fully romaned Isabela? If so, I've just borked my playthrough

I'm just not going to touch the game again until Merrill's act 3 quest has been fixed. As much as I love Dragon Age II, the game is extremely frustrating with its many bugs and oversights. 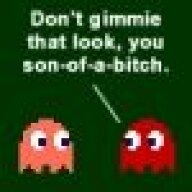 i had sex with isabella and then merill (i was a rogue, so i tried to sleep with everybody) but after having sex with merill i broke her heart and merills quest went just fine for me but in act 3 isabella is in my house with a "!" over her head but whenever i try to talk to her she gives the dialogue that she gives when she is in the bar and has nothing to say to you (IE "do you think i need a bath"). i have encounterred so many bugs on my first play through that it really pisses me off. the companion one pissed me off the most because i wanted to start a relationship with isabella but i couldnt due to this crapy bug

they really need to patch this game

Are all of you playing on the 360? Because I didn't encounter any bugs on the PC, or was I jsut lucky?
B

im playing on a ps3, only problem i've had with merrill ... well, honestly no problem. just go back to talk to dalish, it should jump to where you wanna be. but have merrill first in your company ( i don't know if placement matters ) as far as isabella, after you sleep with merrill, she's not 'yours' anymore. at least, thats what i read somewhere.

i see the guy that i cant talk to

oh yeah, where the heck are the swords? apparently i haven't found them all, or maybe there is no set number?
i had to lose isabela. i couldn't kill arishok when i challenged him, so he took her. 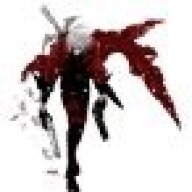 Ditto with Merril. There's so many bugs in this game and I'm surprised there isn't a patch yet.
B

i started another character because i couldn't find a way to finish act 3... is isabela that important to the game that i can't finish without her?! no matter which way i chose, i was either in a dead end room with no way out and no one else to fight or in a horribly overpowering battle...
so, start over....
A

no if you refuse the duel with the arishok, the you all fight him as a party, therefore defeating him and keeping isabela, problem solved. you guys have to stop giving up after one little thing, go back to the save before and try different choices, i dies duelling him, its impossible so i went back and refused to duel so he says you all will die.

secondly no problme on ps3 so far i got with isabela first, then with anders, not sure whether i can get with anyone else now, but definately want merill haha. 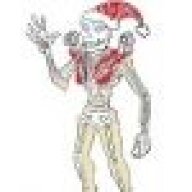 I played it on the PC, and while Merril does go through the post-quest scene before the quest, her last quest does trigger normally.

The trigger for it is finishing "On the Loose", and then accepting the next main quest, "Best Served Cold". Once you read the letter accepting that quest, you should get Merril's quest as well.
B

u can just give her up
i didnt want to