Video games are art, and the concept art for games really sells that. Matt Rhodes, the lead concept artist on Dragon Age: Inquisition [http://www.escapistmagazine.com/tag/view/dragon%20age%20inquisition], has posted his art online in various places.

Rhodes' cartoon-like illustrations have a distinct style that you've probably seen in his other concept art for Mass Effect and other Dragon Age games. [http://www.escapistmagazine.com/news/view/126300-BioWare-Artist-Reveals-Early-Mass-Effect-Dragon-Age-Art-and-Ideas] Back then Rhodes said the concept artist's job is similar to that of an explorer. Concept art takes vague ideas and makes them coherent through art.

Much of the following art can be found in The Art of Dragon Age: Inquisition book, but Rhodes stresses that he's often credited for art that isn't his own. He takes the time to direct fans of his work and work that people thought was his to the other concept artists on Dragon Age: Inquisition. Nick Thornborrow, who illustrated an amazing piece of Morrigan and Flemeth, made the fresco load-screens of Dragon Age II and the stained glass Chant of Light in Inquisition. Casper Konefal illustrated a picture of Cassandra holding her sword and staring straight ahead, Steve Klit worked on environments, Tom Rhodes designed the Inquisition's High Dragon, and Ramil Sunga worked on the head system for Inquisition.

Rhodes' art can be found on his Konefal [http://www.artstation.com/artist/MattRhodes]'s portfolio is on his blog.

Steve WHO worked on the environments? 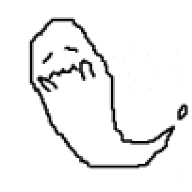 That was beautiful work, a fantastic job from the many artists of Dragon Age. My favorite had to be the Moria-esque picture number three, it is absolutely amazing.


Harry Mason said:
Steve WHO worked on the environments?
Click to expand...

Harry Mason said:
Steve WHO worked on the environments?
Click to expand...

You didn't giggle? My goodness, being mature must be exhausting.
L

Harry Mason said:
Steve WHO worked on the environments?
Click to expand...

You didn't giggle? My goodness, being mature must be exhausting.
Click to expand...

If it's any consolation, I did