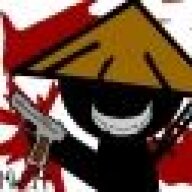 Drawn: The Painted Tower is a gorgeous Point and Click adventure game released by Big Fish Games. You can be forgiven, just about, for not having heard of it but I do heartily recommend it. I can truly say that it was one of the most original games I have played in a long time. The story involves you climbing through the various levels of a tower (of the painted variety) in order to rescue Isis, a small girl trapped atop it. While you're doing this, an unknown force is approaching the castle, meaning you have to work quickly. However, the tower itself has fallen into disrepair and your route is often blocked. The owner has been transformed into a statue, so it is up to you to find a way through. Isis herself has left help in the form of magical paintings, which you can enter, and magical drawings, which come to life to help you out.

Let's go to the really big selling point of this game: the graphics. They are, quite simply, beautiful. Every scene in this game has a beautiful hand drawn quality about it, making each scene look like a painting (even when it isn't). Scenes that might look mundane in other games (such as a rope ladder stretching up to the ceiling) look picturesque. However, it is in the paintings that the graphics really shine. One of the central mechanics of the game is that you can literally climb into paintings and be transported into the scene they portray. This simple mechanic gives the developers so much more freedom to literally create whatever they want. And they've done just that. At any given point you may be finding a scarecrow's lost possessions, the next attempting to calm down a very angry dragon, lying on a hoard of treasure. However, the graphics, while being a great blessing, can also be an annoyance in some cases. The items that you need are drawn in the exactly same style as the background, so crucial items do tend to blend in. For example, I spent ages hunting for something to hit a gong with, only to find that the thing was in front of me all the time, but had seamlessly blended into the background.

Comparisons to The Hobbit are punishable by death.

Gameplay wise, the mechanics are really quite simple. It's your standard Point and Click controls. Click on Item, Click on place for Item to go, about sums it up. Drawn does try to spice up this formula by adding a few new mechanics, however. Isis' drawings, for example, can be used to solve puzzles. Throughout the game you'll find them scattered around various places and, with a little help, the drawings can come to life. An example of this is when you need to find a picture of a bird, which then comes to life to eat away some bugs that have infested an ancient tree. The 'Painted' part of the title sums the gameplay up very well, as paintings play a big part in this. Each of them have been painted by Isis and are, essentially, portals to another area. Within these paintings, you'll often find solutions to puzzles inside the tower so it is crucial to repair these paintings as soon as possible.
Along with your standard item gathering shenanigans, you'll also have lots of Logic puzzles to solve along the way. These serve to stave away any potential monotony and many of them require genuine thought to solve. One puzzle, for instance, tasks you to fill a grid completely with colour but without having two colours touching each other. The puzzles aren't impossible, but they do require you to be awake if you want to solve them. While some puzzles do feel a touch generic at times, other puzzles are genuinely engaging. One such puzzle tasks you with creating and painting a Hero for a play, and then giving him the tools he needs to fight off a Black Knight and a Dragon, before encountering the Princess.

However, the gameplay rather trips itself up. It offers both Hints to puzzles as well as allowing you to skip any puzzles you are stuck on. Firstly, who actually skips puzzles like these? They are a core part of the gameplay and if you just skip them you are missing a large part of the game. You might as well just blindly click around until you hear the end game music. Secondly, if you wait long enough you'll have the option to get a hint from the owner of the tower (who is still very much a statue), for no penalty (except the loss of a steam achievement). This, together with the skipping puzzles aspect, removes a lot of the difficulty from the game and, to be honest, it isn't that hard to begin with. Most of the puzzles can be solved in a few attempts or with a small helping of common sense. The game is also very short and I would have liked to see the painting aspect explored further, as towards the end we're confined to rather uninspired locations, such as the dreary outside of a cave. Considering the fact that including paintings meant they could create any location they wanted, regardless of how it fitted in, means it's rather sad how they didn't push it as far as it could go. Perhaps they could have had a painting of the ocean floor, which, when released, causes water to flow out of the painting? The possibilities were potentially endless. But no matter, they've made the best with what they have.

There's one other point I want to make before I conclude this review. The soundtrack to Drawn is among the best I've heard. It manages to be both charging and eerie at the same time. The music that plays in the Window section, in particular, stuck in my mind and I found myself stopping for a while just to listen to it. I know the music isn't really a selling point for a game, but I liked it so much that I thought it deserves a mention here.

In summary, I heartily recommend Drawn. It probably won't remain with you after you complete it but what it offers for the price is wonderful. The graphics are beautiful, the gameplay solid if a touch easy and the soundtrack pleasant on the ears. It is a little short, but that just means it doesn't outstay its welcome. If you're looking for an original game to kill a few hours, look no further. Give it a chance, it won't disappoint.

By the way, This is the music I like so much:

(Embedding seems to hate me Nevermind I fixed it)

I am Drawn to this game by your review. 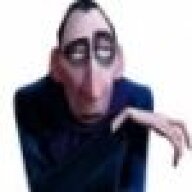 Oh, I played this one. It's actually quite good and not at all repetitive like a lot of other point and clicks.