I have to say that DS commercials are sort of brilliant. Nothing like a popular girl celebrity playing Mario between shooting their television show to peak the interest of girls who wouldn't normally game.

Of course, it's been mostly mainstream (usually) casual games. But, just the other night I saw one for Professor Layton, which seems to have been a hit with core gamers a while ago. Personally, I was sort of put off by seeing that chick from Friends play a favorite game of mine, but at the same time I was glad that Layton was making cash money.

Question for discussion: What DS games would you like to see promoted? Is it possible to have games on the DS that are primarily for core gamers? 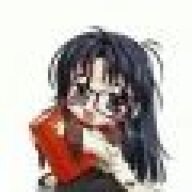 I've never seen many DS commercials, but I imagine they have good marketing, because I've bought several DS games without ever seeing a commercial for most of the games I own for the handheld. I mean, have you ever seen a The World Ends With You commercial? I sure didn't. I've seen more dodgy World of Warcraft commercials than clever DS commercials, because there are less DS commercials showing on Australian TV. If somebody could send me the YouTube clips I would watch them.

I dunno, the DS to me seems like it makes most of its money out of casual titles such as Cooking Mama and Brain Training and Professor Layton. To completely alienate that audience would be stupid from a marketing standpoint, but Castlevania: Order of Ecclesia would probably stand up as a core title that could be marketed to core gamers. I've seen commercials for Final Fantasy IV on DS, why not the same for Chrono Trigger DS? Keep in mind people who aren't gamers in Australia would not know what Chrono Trigger DS is, because it was never released here in the SNES era like it was in America. It's tough to market something that was originally bungled in its release like that here.
Show hidden low quality content
You must log in or register to reply here.
Share:
Facebook Twitter Reddit Pinterest Tumblr WhatsApp Email Link
Top Bottom