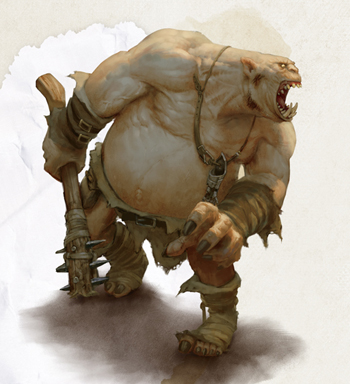 Wizards of the Coast has released a monster page from the D&D Starter Set rulebook.

After releasing the magic items [http://www.escapistmagazine.com/news/view/135063-Dungeons-Dragons-Starter-Set-Rulebook-Table-of-Contents-Revealed] page, the D&D developers have now revealed an excerpt that showcases three (well, possibly two and a half) monsters: the ogre, the ochre jelly, and the nothic. Taken from the adventure, Lost Mine of Phandelver, all three monsters are a level 2 challenge, which allows us to get a good idea of relative balance among this tier of monster.

The ogre has an AC of 11, 59 hit points, +6 to hit and deals 2d8+4 damage. It is possible that there's some spillover onto the next page, but there likely isn't much more to say about the ogre.

The ochre jelly - who is envious of its more famous ooze cousin, the gelatinous cube - has an AC of 8, 45 hit points, +4 to hit, and deals 2d6+2 bludgeoning damage plus 1d6 acid damage. But what makes this creature so fun is that, when subjected to lightning or slashing damage, it splits into two new jellies.

The most obscure of the three monsters, the nothic is a creature that was once a wizard who "dared to unlock magical secrets they couldn't fathom." You know, the whole eldritch horror shtick. It has an AC of 15, 45 hit points, and makes two claw attacks at +4 to hit, each dealing 1d6+3 damage. Additionally, it has a gaze attack that deals 3d6 damage on a failed saving throw, and another gaze attack that lets it steal a secret from its target's mind. Neat.

What we can glean from these numbers is that 5th Edition is running with the 4th Edition style of normalized, high hit point values and high damage rolls. However, Armor Class values seem to be more in line with previous editions, and the inclusion of cool abilities that are more than just inflated damage rolls harkens back to the glory days of D&D.

What's your favorite aspect of 5th Edition so far?

is touch AC and flat footed listed? I like the picture and the idea for the nothic, stealing secrets could lead to some cool story telling and bad guy build up

I am so pumped to get back into D&D. I love Pathfinder, but I always felt like there was something missing. Maybe it's just that hint of cheese that makes D&D so magical. There's something more "Mythic" about it.

My favorite thing about 5th so far is that they seem to be learning from the sins of 4th, which is all I ever ask out of a new edition anyway. 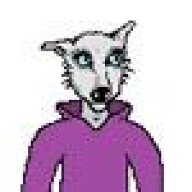 Neither exist in 5E. Surprise is covered by the Advantage mechanic.
E

El_Ganso said:
Best thing about 5E is that it's not 3.5 (won't that system die already?)
Click to expand...

It keeps on ticking because it's a good system...more popular than 4e by far.